Are Cam and Emily From Too Hot to Handle Still Together?

Netflix’s ‘Too Hot to Handle‘ is a fascinating reality program wherein dating and romance take a surprising turn at every possible step. As 10 stunning singles come together for a luxurious island retreat thinking that they’ll be able to let loose with like-minded people, their dreams 0are shattered once they realize that they’re facing a $100,000 celibacy test. To win, they have to resist all forms of sexual contact or keep losing money. As season 2 highlights, especially with Emily Miller and Cam Holmes, it’s never as easy as it seems. So, let’s find out if these two are still together, shall we?

Cam and Emily’s Too Hot to Handle Journey

The spark between Cam Holmes and Emily Faye Miller’s spark was instantaneous. As soon as these two locked eyes and began conversing, it became evident that they were very attracted to one another. Thus, it came as no surprise when the “sexy nerd” made a move on the independent woman within the initial few hours itself, which she gladly reciprocated. That’s when Lana’s sex ban hit and turned their world around. At first, Emily seemed like she wanted to follow the rules, but she could not resist Cam’s charm. Therefore, their kisses and touches resulted in a total loss of $17,000 in the first four episodes. 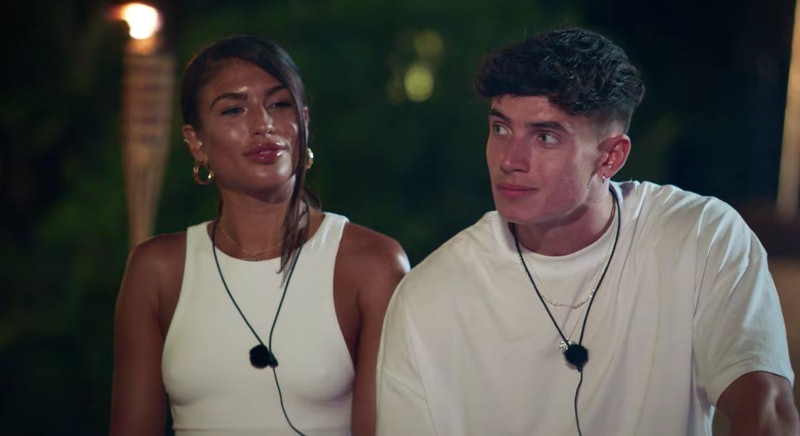 Cam and Emily were basically “wifed up” in the resort, especially following their private overnight stay, that is, until newbie Christina Carmela arrived and stirred things up a little. Unaware of his bond with Emily, she’d invited Cam on a date and laid it thick on him, and he did not shut her down using loyalty as his excuse. In fact, he alleged a pact with “the boys” about why he couldn’t kiss her after he instigated it and then lied to Emily. Of course, the latter found out, and the deception broke her heart. Their subsequent discussion ended with her saying, “It was just too good to be true.”

Are Cam and Emily Still Together?

Despite their fallout and Cam’s betrayal, from what we can tell, it appears as if he and Emily are, in fact, still together. He made it clear that he knew he was selfish, arrogant, and thinking with his body, not his brain or heart. So, if Cam can convince Emily of the same and prove that he cares for her and likes her just as much as she does, she may be able to forgive him. It won’t be easy, just like any normal relationship, but if they both truly want it, we can’t see why they won’t be able to move on. Cam and Emily would need to let go of their old selves, and this series will help in that.

A post shared by Too hot to handle / Emily (@emilyfayemillerr)

As for why we think the pair is still together, there are a few clues on their respective social media profiles. Although they follow each other on apps like Instagram and are signed under the same agency, FOMO Models, their interaction via comments and likes is minimal. However, with that said, the duo both recently posted snapshots where they could be seen enjoying a beach vacation, and it could possibly be the same spot — Madeira Island, Portugal. A couple’s getaway, maybe? However, we won’t know for sure until either Cam or Emily spills the beans on their current status.

Read More: Are Carly and Chase From Too Hot to Handle Still Together?