Are Candiace and Chris Bassett from RHOP Still Together? 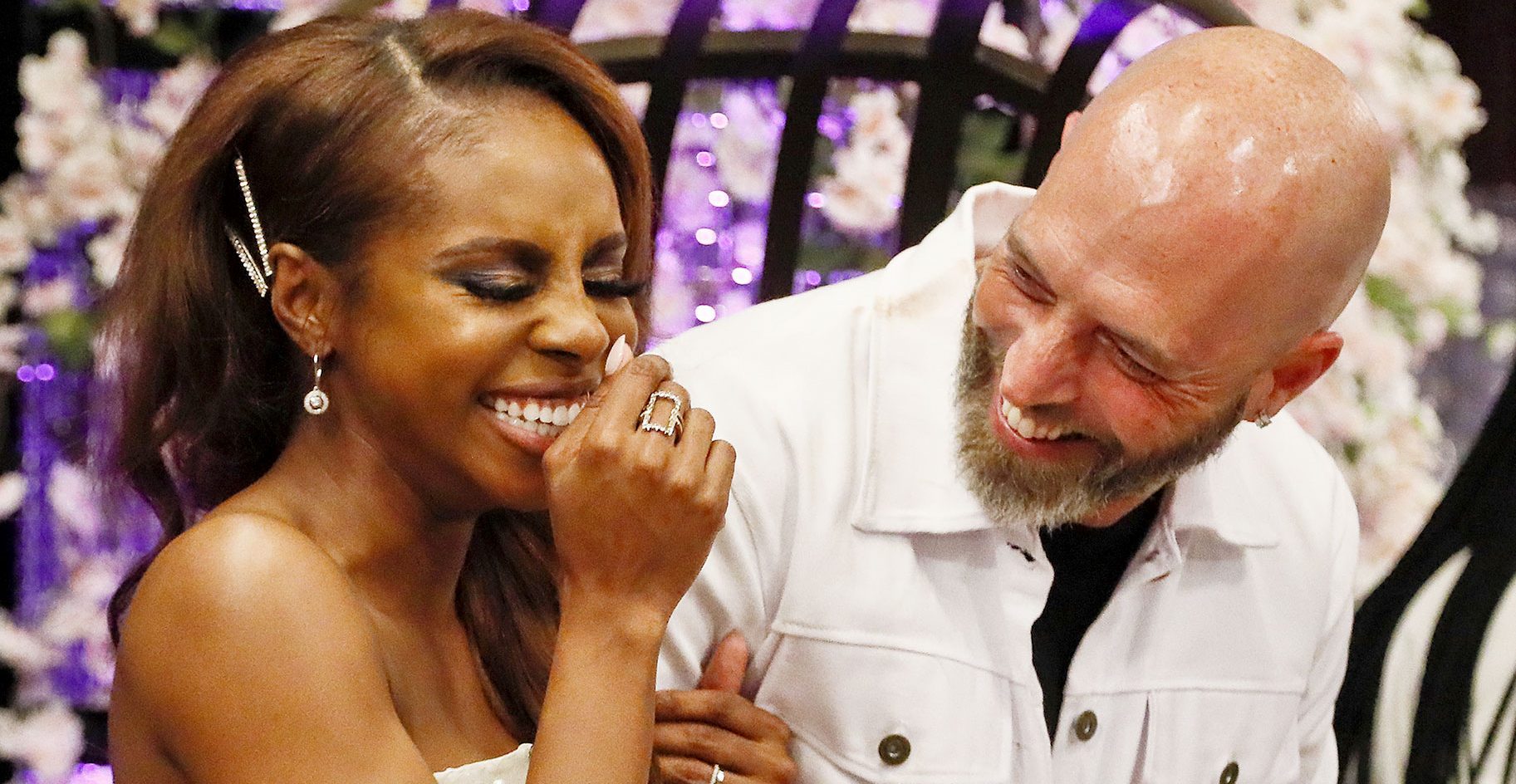 Not many couples in the history of ‘The Real Housewives’ have ever defended and stood up for the love of their life amidst any difficulties as much as season 3 cast member Candiace Bassett and her husband, Chris Bassett. ‘The Real Housewives of Potomac‘ AKA ‘RHOP’ is the perfect guilty pleasure show for anyone interested in reality TV. Bravo’s popular franchise was able to start because of the popularity of this show, so the fact that it has been around for long enough to release a total of 7 seasons full of drama, fights, hypocrisy, and rich women showing off their money and lifestyle is no surprise.

One such cast member is one of the lead women, Candiace Bassett, and her husband, Chris Bassett. Candiace gained an important place in the series; thus, her personal life comes under all scrutiny, especially her relationship with her husband and the drama churned against him. Therefore, their fans wonder if they are still together. If you’re such a fan, who is curious to know about the couple, here’s what we found out!

Candiace Dillard and Chris Bassett became romantically involved after working together at a Washington DC restaurant in 2015, where Candiace worked as the server while her now-husband, Chris, was the manager. After two years of dating and getting to know each other, the pair got engaged while on the show in May 2017. The wedding bells rang the following year during season 3 of ‘RHOP.’ The preparation for their wedding was as dramatic as their show, almost like a reality TV show within a reality TV show.

The drama began with Candiace’s mother’s disapproval of the dress of her dreams to her father not wanting to pay more for her extravagant wedding. However, our former Miss United States indeed got the fairytale wedding with her own Prince Charming. Talking about her nuptials, the Mississippi native told Essence, “Getting married is almost too much of a big deal for Southern women. We’re planning our weddings when we come out of the womb. I had thoughts in my head of what I wanted my wedding to look like when I was like, 12. Being able to plan it now, it’s just a culmination of all of the ideas I had as a little girl.”

On August 11, 2018, the lovers exchanged vows at the Andrew W. Mellon Auditorium in Washington DC with over 250 guests while Bravo’s camera’s kept rolling. While talking to People, an emotional Candiace explained how she felt when she saw the man of her dreams standing at the altar. She said, “When they opened the doors, I only saw him. I was connected to Chris’s eyes. And he was crying, so I was weeping. There’s an ugly cry moment where I had to stop and scrunch up my face. To be walking towards the man who is going to be your husband? That was such a powerful and incredible feeling.”

In 2019, the duo celebrated each other’s win and never failed to support each other through thick and thin. While Chris’ restaurant was blooming, Candiace focused on her career as a singer and actor while attempting to pay off her mortgage. Chris became her support system, always protecting his beautiful wife against public scrutiny. In a heated brawl between Candiace and Monique Samuels in 2019, Monique’s lawyers claimed that Candiace was at fault, and she came under heavy scrutiny. Chris jumped to social media to his wife’s defense and commented on a fan’s post, saying, “If only that were the real story. Please keep following, though.”

The couple does not have children of their own, but Chris has three from a previous relationship. Two of his adorable children, Naia and Mateo, appeared in season 6 and were living with the pair. Every fairytale comes with its dark sides. Unfortunately, Candiace and Chris Bassett are not immune from the same. Chris Bassett’s loyalty and character came under heavy inspection when he was alleged to make ‘RHOP’ OG star Gizelle Bryant “uncomfortable” on the show, which led to severe rifts between the couple that could make or break their relationship.

Are Candiace and Chris Bassett Still Together?

Fans would be happy to know that when the time came for Candiace to play the knight in shining armor, she truly stepped up to defend her husband’s name. Gizelle reportedly told Candiace in season 7 that Chris’ flirting makes her “uncomfortable.” The singer clapped back to address the allegations and revealed on Carlos King’s ‘Reality with the King Podcast: “Gizelle is very flirty with Chris, and Chris flirts back with Gizelle, and this happens in front of me. It has never given me pause or made me feel threatened in any kind of way because Chris does not want Gizelle’s 50-year-old p—y.”

Gizelle revealed to co-star Robyn Dixon that Chris complained about Candiace when he invited himself over to her hotel room and allegedly said he was unhappy in the marriage. She claimed, “So he was letting me know he was unhappy. Maybe I was supposed to say, ‘Oh, I can make you happy.’ Like, get out of here. He’s a sneaky link!” In another incident, Chris sent a late-night message to co-star Ashley Darby that seemed “off” as well.

Despite the allegations against her husband, Candiace has not for a second doubted Chris while publicly accepting that she believes women, and she stands up for the cause of the Me Too Movement. Still, she has made it very clear she doesn’t believe a word Gizelle says. It would take more than some rumors to break the strong bond that the pair shares, and their love continues to grow every day. From what we can tell, the only issue between the pair seems to be that Chris hates taking pictures, while Candiace is tired of making him pose for her social media.

Read More: Are Robyn and Juan Dixon from RHOP Still Together?