Where is The Real Housewives of Potomac Filmed? 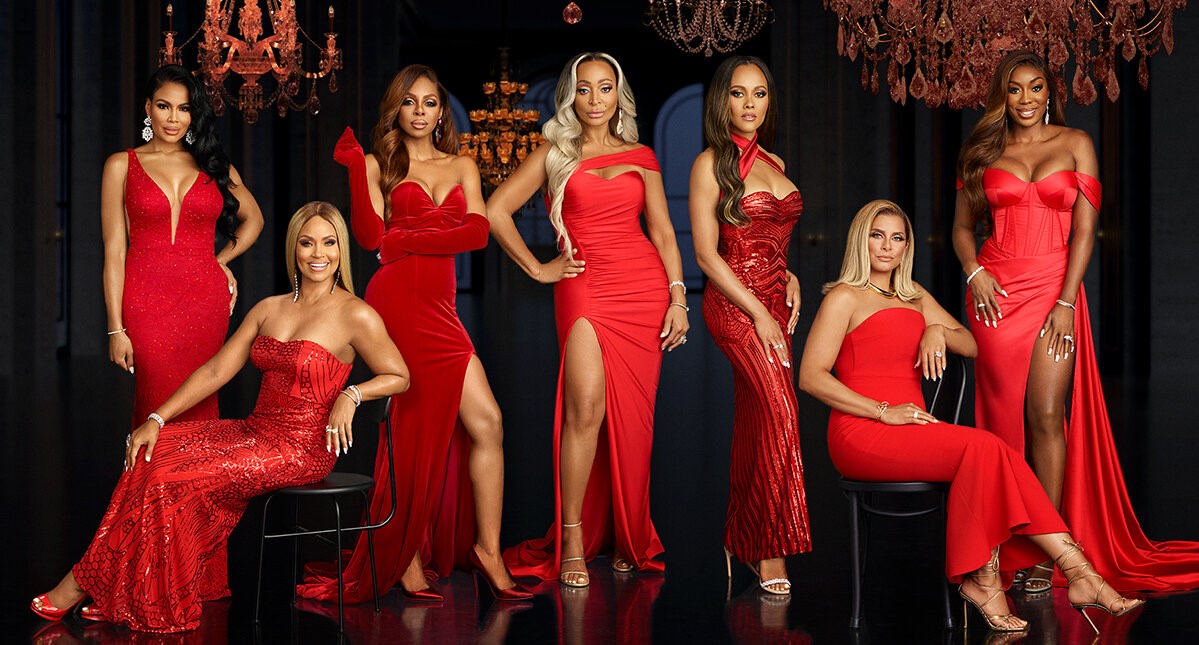 Created by Scott Dunlop and developed by Tom Ciaccio, Bravo’s ‘The Real Housewives of Potomac’ (also known as ‘RHOP’) is a reality series that chronicles the personal and professional lives of six women living in Potomac, Maryland. Each of them is in a different stage of life as they try to shape the community and their respective selves for the better. The drama between the women and their acquaintances throughout the series makes for an entertaining watch.

‘The Real Housewives of Potomac’ is filmed in Maryland, Washington, Virginia, Louisiana, New York, Mexico, and Florida, specifically in Potomac, Washington, Bethesda, Catonsville, Chevy Chase, Baltimore, Alexandria, Arlington, Richmond, New Orleans, New York City, and Miami. Since the inception of the reality show, the cast and crew have traveled to various locations, especially across Potomac and the surrounding areas. So, let’s take a look at all the specific sites that appear in the Bravo series!

Most of the sequences for ‘The Real Housewives of Potomac’ are lensed across Maryland, a state in the Mid-Atlantic region of the United States. Mix Bar and Grille at 9812 Falls Road in Potomac is where Katie and her boyfriend have lunch in the inaugural iteration’s first episode. Apart from Potomac, the production team utilizes the locales of several other cities in Maryland, including Saint Michaels.

Many vital sequences for the Bravo series are shot in Washington, AKA D.C., the capital city and federal district of the United States. Sax Restaurant & Lounge at 734 11th Street Northwest, The Willard Intercontinental Hotel at 1401 Pennsylvania Avenue, 701 Restaurant at 701 Pennsylvania Avenue, and Andrew W Mellon Auditorium at 1301 Constitution Avenue Northwest, are some of the prominent Washington sites that feature in the series.

Several key scenes for ‘The Real Housewives of Potomac’ are recorded in Virginia, a state in Southeastern US. The filming unit sets up camp in Blackwall Hitch at 5 Cameron Street and Myron Mixon’s Pitmaster Barbeque at 220 North Lee Street, both in Alexandria, to shoot numerous sequences for the reality show.

Many other sites across Virginia are utilized for the production of the Bravo series, including Mt. Zion Baptist Church at 3500 19th Street South in Arlington, Oz Restaurant and Bar at 2950 Clarendon Boulevard in Arlington, and Candy Valley Cake Company at 710 Lafayette Street in Richmond.

For shooting additional portions of ‘The Real Housewives of Potomac,’ the cast and crew members travel to New Orleans, a consolidated city-parish in the southeastern region of Louisiana. A couple of locations that are a regular feature in the reality show are Café Du Monde at 800 Decatur Street and Cajun Encounters Tour Company at 941 Decatur Street Suite 101, both in New Orleans. Furthermore, some scenes in the show’s fourth season were recorded at the Whitney Plantation, a historic site in Wallace.

A few portions of ‘The Real Housewives of Potomac’ are recorded across New York City, the most populous city in the United States. In May 2022, the housewives were spotted taping many scenes in the Radio City Music Hall at 1260 6th Avenue in New York.

For the seventh installment of ‘The Real Housewives of Potomac,’ the cast and crew members traveled to Mexico, a country in the southern portion of North America. In June 2022, the women were spotted spending some fun time together and taping several scenes for the reality show in Mexico.

For shooting purposes, the filming unit of ‘The Real Housewives of Potomac’ also sets up camp in Miami, a coastal metropolis in South Florida. To be specific, key scenes for the seventh season were shot at Peter Thomas’ Bar One restaurant at 520 West Avenue unit 1 in Miami Beach as Wendy and Mia allegedly got into a heated argument with cameras around them.