Are Robyn and Juan Dixon from RHOP Still Together? 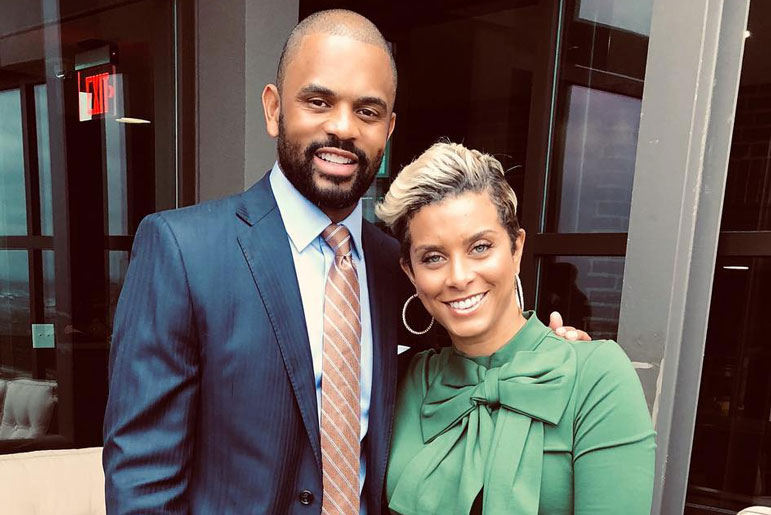 Nothing can keep real love apart, not even a divorce! Robyn Dixon of ‘Real Housewives of Potomac’ truly justifies the quote, “true love finds its way.” Bravo’s ‘The Real Housewives of Potomac’ revolves around several affluent women from Potomac, Maryland, who lead high-profile social lives. Cameras follow these women around as they make themselves comfortable in an upscale society while expertly balancing their personal and professional lives. Naturally, with so much luxury and exclusivity on the show, fans are always looking to learn more about their favorite cast member.

Original ‘RHOP’ cast member Robyn Dixon had been married to Juan Dixon for a few years until they faced severe rifts in their marriage, which led to a divorce. However, recently the pair were rumored to be dating again. Thus, we decided to look for ourselves and find out if Robyn and Juan are still together. But before that, let’s take a look at their journey as a couple and on the show!

Robyn Bragg and Juan Dixon were high school lovers and fell in love with each other at first sight. They reportedly met in 1996 at a basketball match where they were on rival teams. When their eyes locked, Robyn realized Juan was staring at her. Talking about it, she said, “It got to the point where he just kept staring at me and not saying anything.” They began their classic high school love story, straight out of a teenage rom-com with Robyn waiting for Juan outside his locker room and Juan approaching her with a cheesy line. “He turned around and said, ‘Hey, don’t I know you?’ It was so cheesy,” she added.

Fast forward to July 2005, when the high school sweethearts turned live-in partners tied the knot after pursuing their individual dreams. They extended the family within three years of marriage and have two sons together — Corey and Carter, 14 and 12, respectively. However, the picture-perfect family faced major problems when the then-major league pro football player reportedly cheated on Robyn with a woman named Cris Sanchez for a long time, causing the pair to get a divorce in 2012. They continued to live together for the sake of their family and finances, and worked things out.

In 2017, Robyn told The Daily Dish, “We function as a family. We support each other unconditionally, but romantically, we’re not really there yet. But we do try to spend time together. We’re not each other’s priority, like our kids are our priority and just making sure our kids have everything they want and need, that’s our priority. But we still function as a family as a whole. But we recognize that if there was any type of personal or romantic relationship, that is lacking big time.”

The unconventional setting of their relationship, or lack thereof, raised several eyebrows. Fans and other cast members have been curious about their relationship status since the first season. Much to their surprise, Robyn and Juan reportedly began rekindling their romance in 2018. As a symbol of their devotion and love, they even got matching tattoos on their fingers. She stated she expected a proposal to happen within a year and a half when Andy Cohen questioned her about it on the reunion broadcast.

Are Robyn and Juan Dixon Still Together?

Robyn Dixon couldn’t have been more right. On December 13, 2019, Juan Dixon finally proposed rekindling their latent love. Their engagement marked the conclusion of season 5. Much like their unconventional relationship, the former NBA player and current head of basketball coach for Coppin State University proposed the ‘RHOP’ star with a ring featuring an emerald cut pink morganite center with a double diamond halo surrounding it.

Robyn perfectly explained their current relationship status in her Instagram post. She wrote, “An untraditional relationship calls for a non-traditional ring! I told a little birdie that if Juan ever proposed, I didn’t want a diamond ring…that didn’t work out too well the first time, lol. I fell in love with the Pink Morganite stone because I wanted something with significance and meaning. Morganite represents unconditional love – something that our relationship exhibits and has relied upon.” Robyn also opened up about the real reason behind their reconciliation.

The couple was almost bankrupt in 2012 when they lost much of their fortune. Robyn said that’s when they decided to share the roof to save money. In 2022, she told People, “I will be honest, if Juan and I were not broke and honestly if we weren’t on the show, we probably would not be together today” She added, “I say that because having to come together when you’re financially struggling and having to support one another for the sake of your kids, it was more so we wanted each other to get to a better place because we have children.”

In August 2022, the gorgeous duo got their marriage license, which is set to expire by February 2023. They also moved in together in their new home. Though we don’t know when the couple will say “I do,” we can be almost sure that the marriage planning is underway and wedding bells might be heard within months.

Read More: Are Mia and Gordon Thornton from RHOP Still Together?