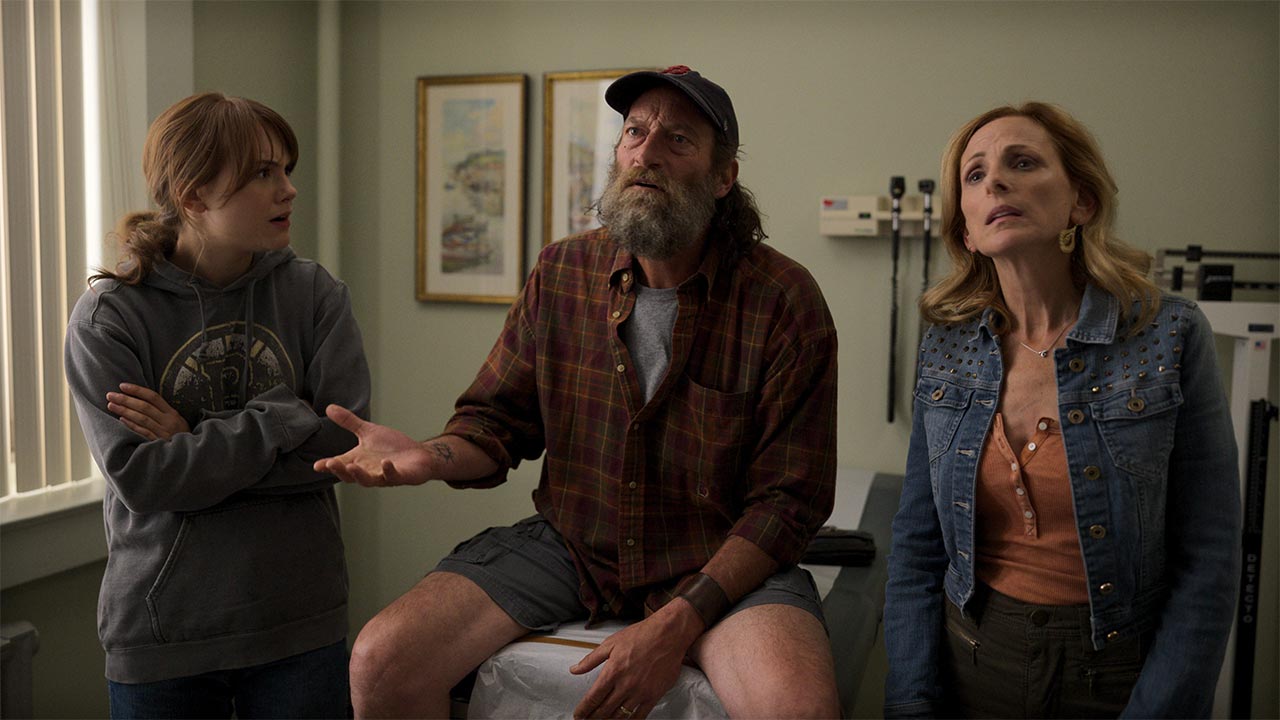 Directed by Sian Heder, ‘CODA‘ is a remake of the 2014 French movie ‘La Famille Bélier’ that chronicles the life of Ruby, a 17-year-old girl who is the only hearing member of a deaf family. She helps her parents and brother with their fishing business and connecting to other people but finds her true calling in music after joining the school choir. But when her teacher asks her to consider a professional education in music, Ruby is torn between her dreams and her love for her family, who are dependent on her.

A beautiful depiction of the struggles and dilemmas of deaf parents and their children, as well as the unconditional love shared by a family, ‘CODA’ tugs at everyone’s heartstrings with its realistic narrative. Moreover, the nuanced performances of the cast members of the comedy-drama movie not just make the audience laugh and cry along with them but also make them wonder if the movie features any deaf actors. Let’s find out more about them, shall we?

Yes, three of the lead actors of ‘CODA’ are deaf in real life. They are Troy Kotsur (Ruby’s father Frank), Marlee Matlin (Ruby’s mother Jackie), and Daniel Durant (Ruby’s brother Leo). Marlee was the first to be cast by director Sian Heder. She is an Academy Award and Golden Globe Award-winning actress who has also received a star on the Hollywood Walk of Fame. The actress won the first two awards for her acting debut in the movie ‘Children of a Lesser God.’

Furthermore, Marlee’s performance as Tess Kaufman in the police drama TV series ‘Reasonable Doubts’ earned her two Golden Globe Award nominations. Apart from this, she is an active member of the National Association of the Deaf and works with the Academy of Motion Picture Arts and Sciences for the use of subtitles and captions on for-your-consideration screeners. When Marlee was cast in the role of Jackie, she insisted that the other two deaf characters should be played by deaf actors, or she would exit the project.

In a January 2021 interview, the actor shared how the movie is relatable to even those who are not deaf, as it depicts deaf people in regular environments. She said, “People think that deaf people are monolithic in terms of how they approach life. And this film bursts that myth.” “But to burst that myth… it had to be told as authentically as possible. And it’s strange because studios clearly have the ability to greenlight a film and cast whomever they want, and there continues to be a lack of awareness that you can tell universal stories with deaf characters,” Marlee added.

Marlee’s insistence led to Sian casting actor Troy Kotsur as Frank after watching him in two Deaf West Theater productions in Los Angeles. Troy is a prominent theater artist who has featured in several acclaimed plays as well as the TV series ‘Sue Thomas: F.B. Eye’ and the movies ‘The Number 23’ and ‘Universal Signs.’ He has further directed and starred in the movie ‘No Ordinary Hero: The SuperDeafy Movie.’

Ultimately, Sian selected actor Daniel Durant for the role of Leo through auditioning. He is best known for his portrayal of Matthew in the TV series ‘Switched at Birth.’ Interestingly, all three actors had worked together in the Deaf West Theatre production of the musical ‘Spring Awakening.’ Moreover, Emilia Jones, who essays the protagonist Ruby, learned American Sign Language and took voice lessons for nine months as part of her preparation for the character.

Apart from the actors, the movie’s director personally took the help of ASL masters Alexandria Wailes and Anne Tomasetti, to get a better understanding of the deaf community and interact more intimately with the cast members. Sian and all the actors’ efforts translated into magic on-screen, as their real-life experiences and talent have been able to create a profound impact with CODA. The movie is loved by audiences and critics alike and has received multiple prestigious award nominations.

For his nuanced and touching performance as Frank in CODA, Troy became the first deaf actor to win the BAFTA Award for Best Supporting Actor as well as the first to be nominated in the same category at the 94th Academy Awards. Troy expressed the significance of representing the deaf community better in films and TV in an interview, stating, “You have to think a little bit outside the box and present more opportunities, instead of just having two options…You know, you write this script because somebody’s deaf, or I’m writing it because it’s a character that happens to be deaf. There’s a distinction there.”

Hence, it can be rightfully said that CODA has been brought to life by the authentic performances of the deaf and hearing cast members, as well as the vision of the director Sian Heder. Hopefully, the movie shall pave the way for more inclusive productions that showcase the exceptional talent of deaf actors and crew members.

Read More: Where Was CODA Filmed?