Are Curtis and Shelby From Are You The One Still Together?

‘Are You The One?’ showcases several singles who are “perfectly” paired by the matchmaking experts on the show. The MTV reality television series has amassed millions of followers, not for the accuracy of the predictions, but for the boatload of drama inside the house. Though the first season was crazy enough, the second one became even more insane when the creators decided to spice things up by introducing an additional girl, Christina LeBlanc.

LeBlanc’s entry ended up taking the contestant count to 21. While the viewers have remained hooked to the show since its premiere on October 6, 2014, two of the housemates, Curtis and Shelby, have had their fair share of ups and downs in life. The primary question on the minds of the fans has been whether the two remained together after the cameras stopped rolling on them?

Curtis and Shelby: Are You The One Journey

Anyone acquainted with Curtis Hadzicki and Shelby Yardley’s journey within the house would refrain from categorizing them as a couple. The duo was hardly seen romantically involved, despite being declared the “perfect match” within the truth booth at the end of week 5. The two spent time together in the honeymoon suite shortly after. Yet, they only held conversations instead of hooking-up in the “boom boom room.” Soon, their respective focus went in completely different directions. 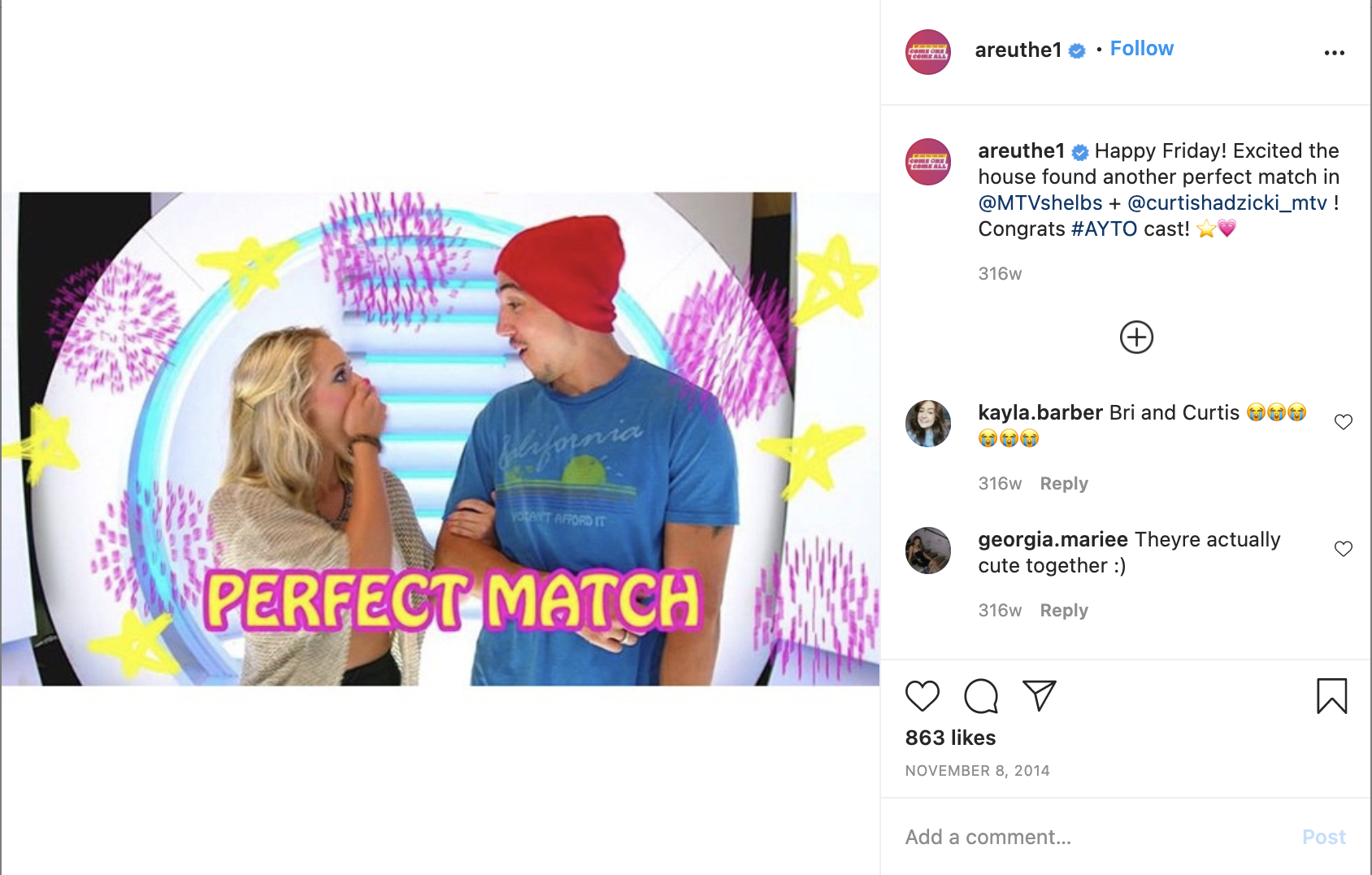 Shelby spent most of her time in the house confused between Nathan Siebenmark and Dario Medrano though both of them were deemed incompatible with her, according to the computers. Curtis primarily bonded with a fellow cast member, Briana LaCuesta. They chose to continue the relationship, though they were proclaimed to be unfit for each other according to the experts’ algorithms.

Forget science; all the housemates knew that even a hurricane would prove inadequate if the two had to be kept apart. As romantic as it sounds, the situation got messier by the time the reunion episode was filmed. But did the altered course of events paved the way for Curtis and Shelby to come back together?

Are Curtis and Shelby Still Together?

Apologies to those who kept shipping Curtis and Shelby throughout the show, as nothing changed between them even after season 2 wrapped up. The two remained as disinterested in each other and entangled in their own love stories as they were on day one. The major change in the situation came from Curtis as he swapped Briana, the girl he was crazy for throughout the show, with Jenni Knapmiller. According to his former girlfriend, the reason for this shocking development is that she failed to handle the fast-paced relationship in the real world. Thus, the duo mutually and amicably parted ways. 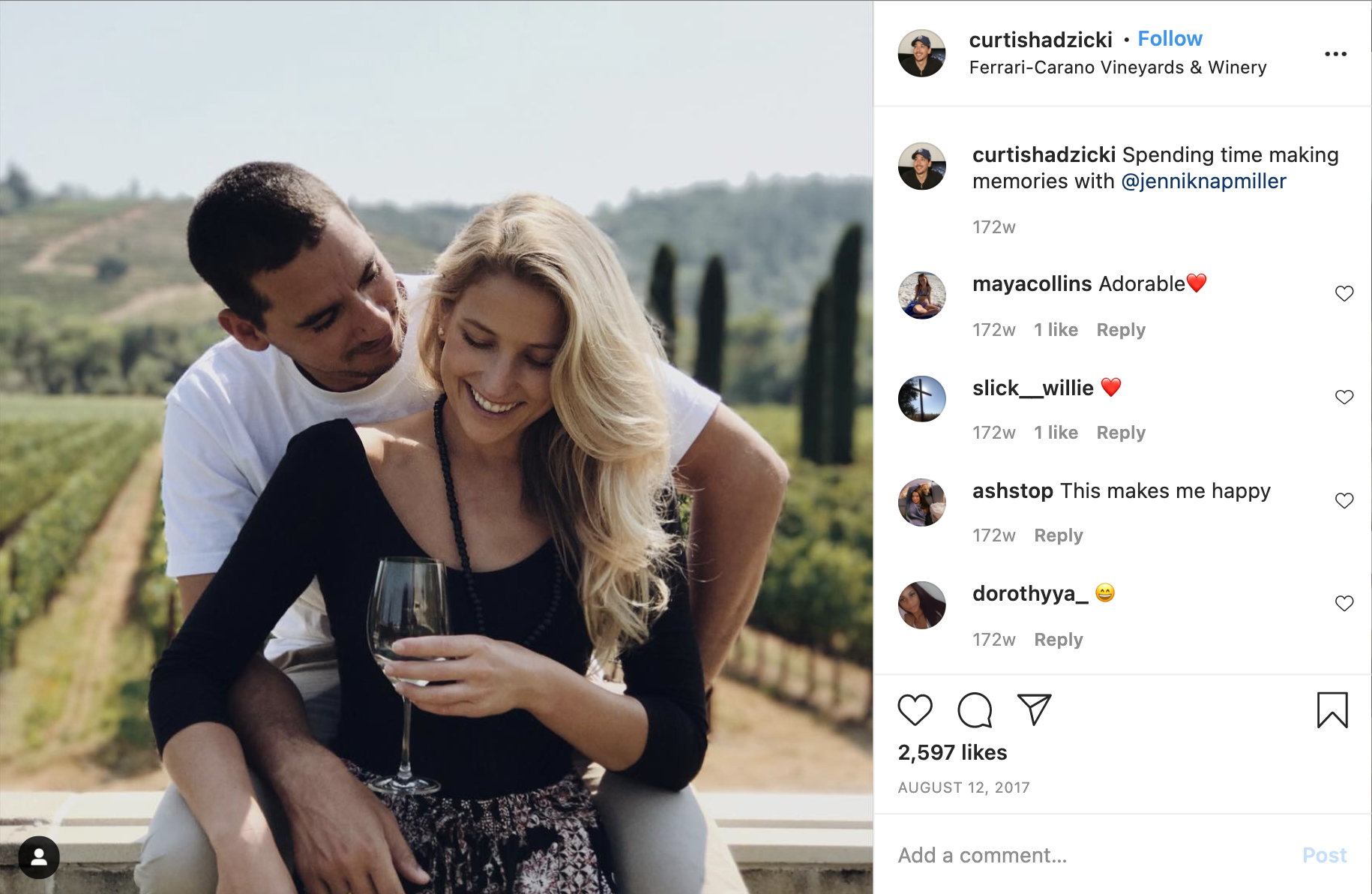 On a brighter note, Curtis’ bond with Jenni was not a temporary phase, but he committed to her deeply despite living miles away from her. After the cameras stopped rolling, Curtis began working as a brand strategy consultant. Jenni moved from Minnesota to California, and is currently an IV Specialty Nurse at a San Diego-based healthcare company. The adorable couple has been together ever since and even live under the same roof now. Not just that, they got engaged on October 9, 2020, when Curtis popped the question to his lady love at the Cape Kiwanda State Natural Area along the Oregon coast. 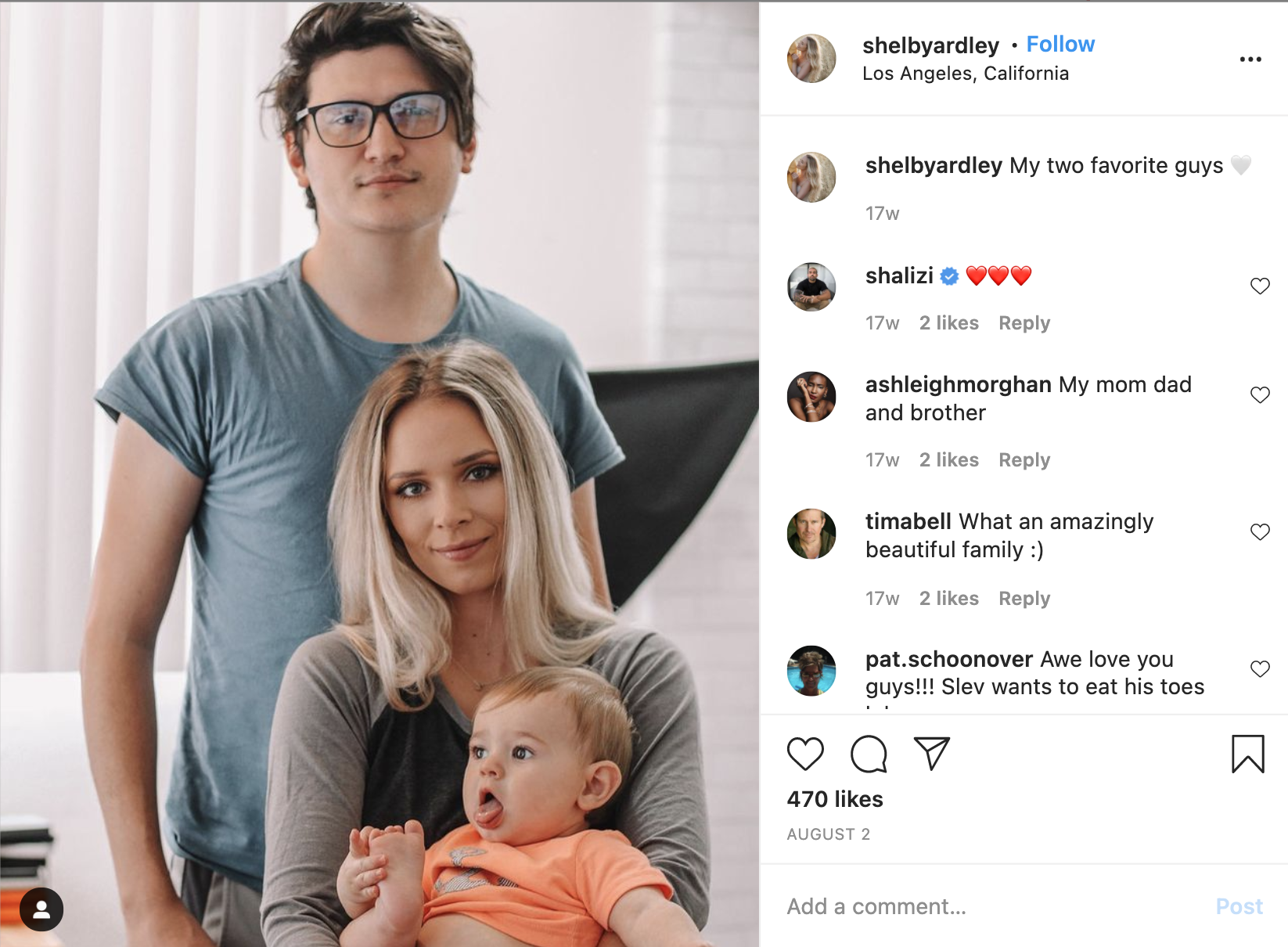 As for Shelby, she slipped back into her regular life and began working as a sales associate while planning to move to Los Angeles. On this day, she is a proud mother to an adorable baby boy, Sleven Karem, who she shares with her fiancé, Brennan Karem. Shelby has established a successful career as an actress and a creative producer in addition to being the co-founder of Wasteland Entertainment.

Read More: Are Dario and Ashley From Are You the One Still Together?