Are Dario and Ashley From Are You the One Still Together?

‘Are You the One?’ gained much popularity and fan following just as the debut season wrapped up on March 25, 2014. Its second season followed closely and gave a fresh lot of boys and girls a chance to win at love. The matchmaking experts aced yet again as all the participants walked away with their fair share in the grand cash prize of $1,000,000. More importantly, the former singles found their “perfect” partners paired with the algorithms’ help. Dario and Ashley, too, came to the show with the hope of finding “the one” and were lucky enough to have found each other. But did they stick together after the season finale?

Dario and Ashley: Are You the One Journey

Shortly after the second season aired on October 6, 2014, the viewers saw Dario Medrano bonding closely with Shelby Yardley. But the “truth booth” dictated them as an imperfect match, and both accepted the situation without sulking outwardly. However, within a few days, the scene took an entirely different course as Dario failed to conceal his insane chemistry with Ashley Hall. The two started on a flirty note but soon developed an intense relationship. Their housemates even witnessed in her acting wifey instincts when she adorably kissed his paper cut.

#TBT & big shout out to my PM @mtvdario can wait to root for you and your bro on @ChallengeMTV #yougoglencoco pic.twitter.com/KaL2dB5PA0

Dario had revealed during his audition that his only intention behind signing up for the show was to find true love. He admitted to having invested his emotions in the “wrong places” all his life and thus suffered quite a lot of pain. But the Salem-native now felt exhilarated to have found Ashley, even if that required going the “scientific” way. Call it Destiny or MTV, episode 10 declared them a perfect match, and they could not thank “truth booth” enough for it! But did the duo remain as grateful and crazy in love even after that?

Are Dario and Ashley Still Together?

The bitter truth must be revealed sooner than later! Unfortunately, Dario and Ashley parted ways shortly after the second edition of ‘AYTO?’ concluded. Remember Dario spending most of his time with Shelby Yardley before their bond being declared unfit by the computers? The fact of the matter is that things did not stop just there as he made some pretty serious confessions during the reunion episode.

Dario revealed that he had sex with Shelby on the same night the group won a million dollars and even admitted to having gone adulterous on the very bed he slept in with Ashley. But this was not the first time he had cheated on his then-beau. Dario also revealed that he had made out with another housemate, Jessica Andreatta, during the show.

Who's ready for this FINAL TRUTH BOOTH?!!! #AreYouTheOne #finale THE ANTICIPATION IS UN REAL!!!!! pic.twitter.com/e3Kw4vy8S9

The boatload of drama that followed can be imagined, and Ashley admitted to being extremely hurt by Dario’s reckless actions. But she already seemed to have gotten past it as during the reunion episode, she claimed, “When that (cheating)… happens, you feel disrespected…but I’m just a bigger person and I’m choosing not to dwell on it.” As her romantic life came to an abrupt halt, Ashley completely stepped away from the spotlight after the cameras stopped rolling on her.

Dario continued with the network and appeared on a handful of other reality TV series. A glance at his Instagram tells us that the aspiring professional baseball player seems to have turned into somewhat of a social media influencer with a following of 95.7k, as of now. He has also found love again and is dating a gorgeous entrepreneur, Nathalie Barrera. 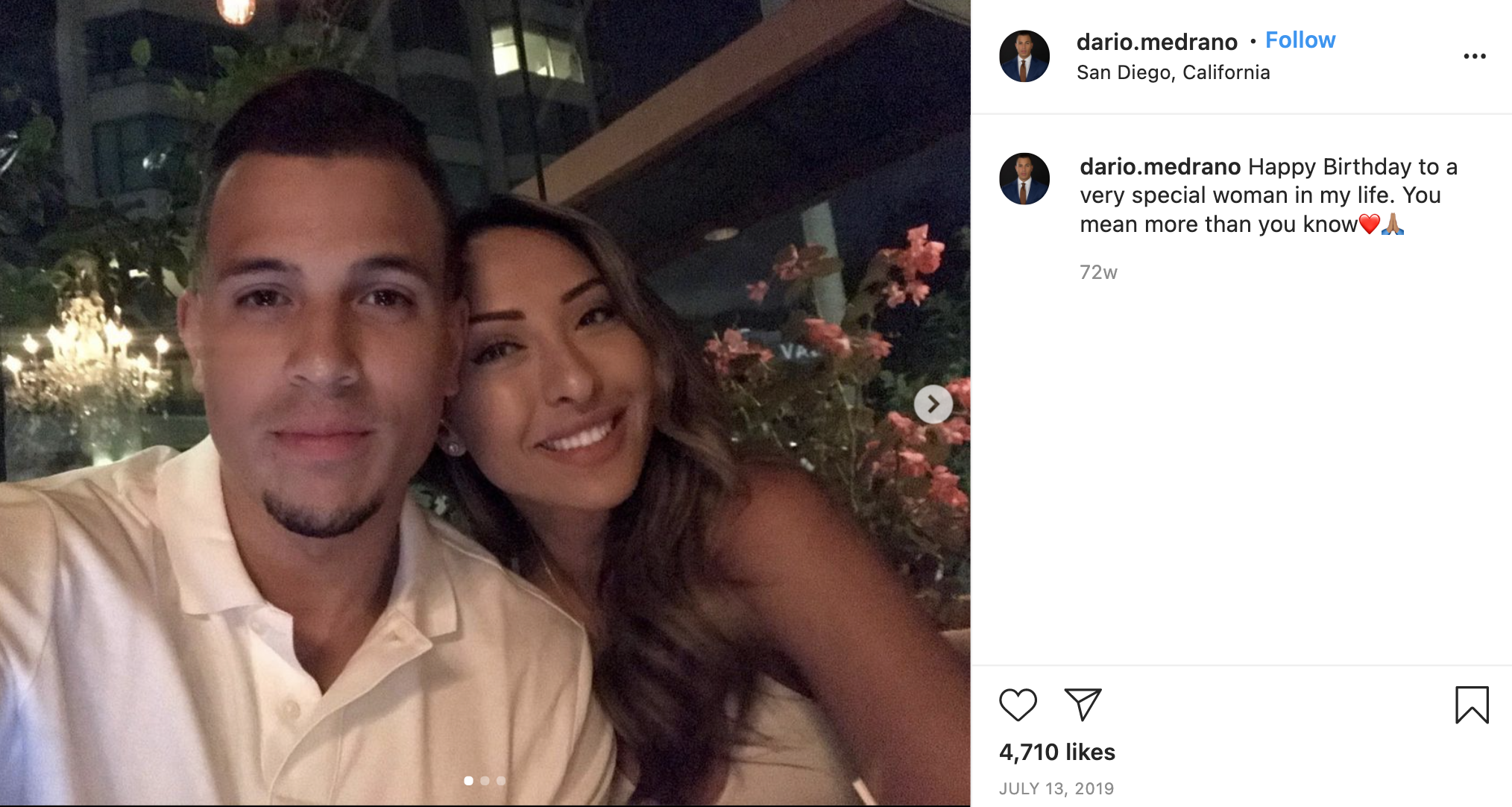 Read More: Are John and Jenni From Are You the One Still Together?