Are Danielle Olivera and Robert Sieber From Summer House Still Together?

Bravo’s ‘Summer House‘ is a reality show that offers a sneak peek into the lives of a group of friends who share a vacation house in New York’s Hamptons during the country’s unofficial summer season. With cameras following the crew around every waking minute, viewers are given a glimpse of their everyday life, while high octane drama and steamy romances add to the thrill.

Danielle Olivera joined the show in season 2 and became quite a fan-favorite cast member due to her magnetic personality. In season 5, she introduced her partner Robert Sieber to the housemates and fans. Throughout their time on the show, Danielle and Robert seemed to share an outstanding bond. Therefore, it is natural for fans to wonder whether their bond stood the test of time. Well, we come bearing answers!

It seems like Danielle Olivera was destined to meet Robert Sieber as they first crossed paths at a party where the professional chef was working as the caterer. The two hit it off on their first meet, and it did not take long for them to get comfortable. Besides, their mutual attraction and shared interests helped strengthen their bond as the pair began dating in 2020. Danielle was quite optimistic about her and Robert’s bond and could not wait to reveal her new beau to her castmates. Thus, when season 5 went into production, Danielle got Robert ready for the big test and introduced him on national television. 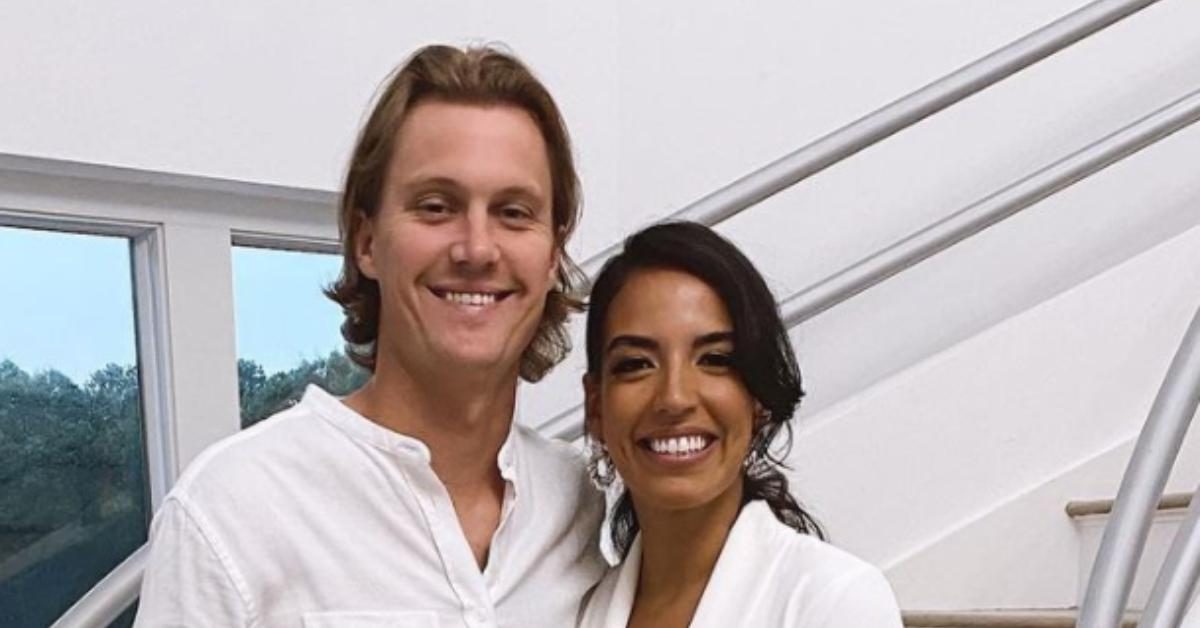 Watching Danielle and Robert’s relationship on TV was quite heartwarming as the couple seemed wholly invested in each other. Their commitment and dedication were exemplary, and fans were in awe of the chemistry they shared. Interestingly, Danielle was concerned about introducing Robert on reality TV as she mentioned she was pretty nervous about how he would fit in. She wanted Robert to take to her castmates as well as the environment and was extremely happy when he turned out to be a natural.

Speaking to Entertainment Tonight about Robert’s reaction to their time on reality TV, Danielle said, “I think that when he watches himself, he still freaks out. He was pacing back and forth over the ‘suicidal caterpillar’ conversation. He’s like, ‘How are they going to do us like that? … That’s not us! We’re fun. We’re cool. Right?’ I’m like, ‘No, I know that, but this is your first foray into an edit.'” However, Danielle had nothing to worry about as most of her castmates immediately took a liking to Robert, befriended him, and even praised him during the ‘Summer House After Show.’

Are Danielle Olivera and Robert Sieber Still Together?

Fans would be delighted to know that Danielle Olivera and Robert Sieber are still together and very much in love. Their time on reality TV did not affect their bond in the slightest, and despite witnessing relationship drama all around them, they managed to stay strong and true to each other. They were also thrilled at the praises they received during the ‘Summer House After Show.’ Moreover, Danielle was pleased with her castmates accepting Robert into their group.

The pair quickly moved ahead in their relationship. The two lived in New York City’s East Village for a few months before moving to Williamsburg in Brooklyn in late 2021, aiming for a peaceful life in their new and cozy apartment. Unfortunately, with Danielle being a reality TV star and Robert a professional chef, they often are forced to spend time away from each other. However, they have never let long-distance come in the way of love and always savor their moments together.

Although the show did tease an altercation between Danielle and Robert, things seem to be perfectly fine as of this moment. The two are also quite open about keeping their fans updated, and their adorable posts on social media stand as a testimony to the immense love they have for each other. With the couple enjoying each other’s company and looking forward to a better future, we hope they remain happy for the years to come.

Read More: Are Carl and Lindsay From Summer House Still Together?