Are Dave and Jenny Marrs From Fixer To Fabulous Still Together? 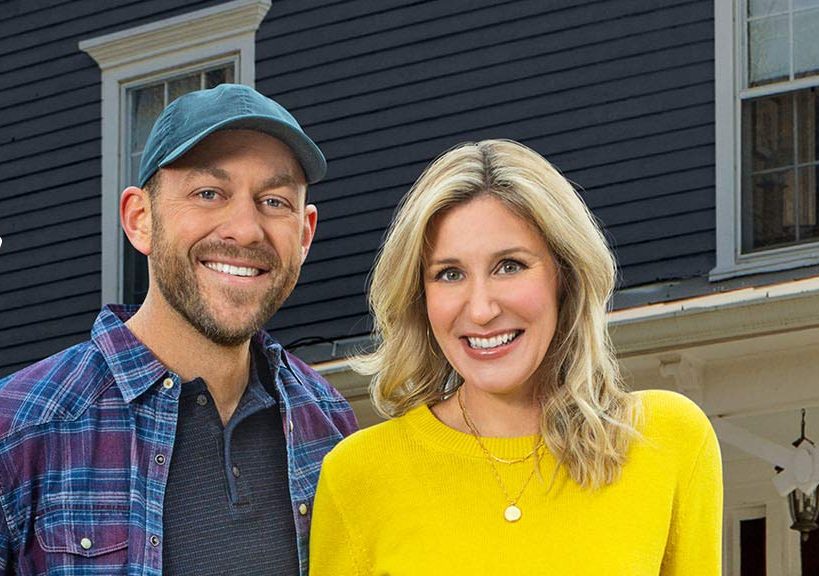 A dream home is what everybody desires, and that is exactly what Dave and Jenny Marrs provide. The two are the stars of HGTV’s ‘Fixer To Fabulous,’ a reality TV series where the couple remodels classic houses with historical structures to give them a newer and sleeker look. Based in Arkansas, Dave and Jenny are home renovators who transform the homes of their clients according to their requirements and wishlists. The show has authentically documented the behind-the-scenes of creating the perfect house since 2016.

Jenny handles the design while Dave manages the technical aspects of the construction, and together they make the perfect team on the show. The viewers don’t just love their work on the houses, but also their pleasant and warm demeanor, as well as their coordination and chemistry. But is the couple still going strong, or is their relationship in need of repairs as well? Let’s dive in to find out.

Dave and Jenny Marrs’ Journey Together

Dave and Jenny Marrs met at work in 2002, when both of them were working at Newell Brands’ Rubbermaid in Bentonville, Arkansas. Freshly graduated, Dave originally belongs to Denver, Colorado, while Jenny hails from Orlando, Florida. The job made Dave frequently shift base from Arkansas to Chicago and then Austin, but the couple managed to stay in touch. Eventually, he was done with the corporate world and decided to shift to the building and developing industry in Arkansas.

In 2004, Dave established his own construction company called Marrs Developing. Jenny supported him financially and even joked about being his “sugar mama” in a 2018 interview with About You magazine. She said, “I studied advertising and [public relations] in college, and I’ve done marketing and sales. I’ve been creative all my life. Dave started this building business when we moved here, and I started helping him along the way. I was also working in the vendor world. We were broke, and I had a real job. He was just starting, so I was the “sugar mama.” After eight years, I left my job and joined him full-time in 2012.”

Dave and Jenny tied the knot on April 2, 2005, and one of the first old homes they remodeled was the one they currently live in with their family. “We started that process of redoing it. And every time we were out here, we seemed to grow further away from the downtown life. The idea of raising our children out here had such an appeal to it. We decided to just move out here,” said Dave. The couple shares three sons — Luke and twins Nathan and Ben — and two daughters — Charlotte and Sylvie, who was officially adopted in 2013.

The couple was ecstatic about this new addition to their family, as they had wished to adopt for a long time. However, the process was extremely grueling, and it wasn’t until 2014 that the couple could bring their daughter home. When HGTV approached the couple in 2016 for the show, Jenny initially ignored the email as a joke. But since the show began airing, they have now become one of the most renowned names in the business. The series has done well in its three seasons as of yet, but can the same be said about Dave and Jenny?

Are Dave and Jenny Still Together?

Undoubtedly, Dave and Jenny Marrs are still together and happily married for the past 16 years and counting. The couple has always had a rock-solid equation and has been able to maintain a perfect partnership both at home and in business. They keep updating fans with their daily activities, both through social media posts as well as Jenny’s online blog named Blessings and Raindrops. Here’s the sweet post Dave shared in April 2021 to commemorate their 16th wedding anniversary.

They enjoy the idyllic farm life with their kids in the 1906 farmhouse they remodeled in 2012, called the Berry Farm. The blueberry farm not just hosts berry picking and events for the locals but is also utilized as a way to provide educational skills and opportunities for orphaned teenagers in Zimbabwe via the Help One Now program. Apart from their kids, Jenny and Dave also have several adopted farm animals in their backyard and have fun nurturing them. Here is a post by Jenny in January 2021, thanking fans for their contributions to their social initiatives.

Dave wanted to be a farmer, and he was able to create his dream farm and life, all thanks to Jenny’s support and vision. They are presently living picture-perfect lives, not just building houses on the show but also maintaining a beautiful home with their lovely family. We sincerely hope that this power couple has a happy future ahead.

Read More: Who is Chase Looney on Fixer To Fabulous? What Happened To His Eye?