Are Erlend Moe Riise and Aleks Zaretski Based on Real Reporters? Where Are They Now? 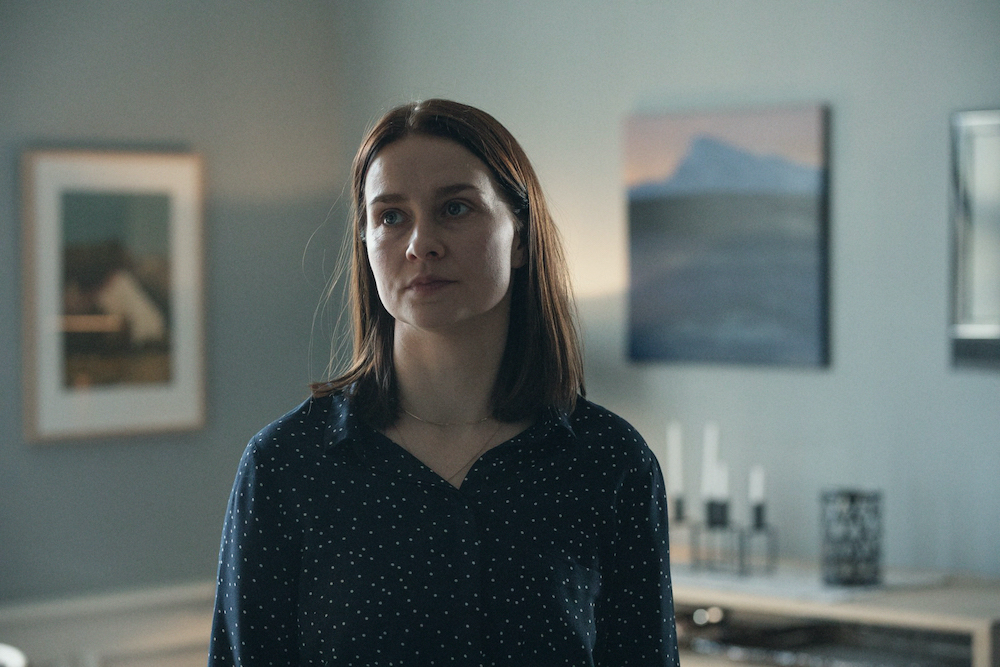 Netflix’s ‘The Lørenskog Disappearance’ follows the real-life crime that took place in Norway. Anne-Elisabeth Hagen, the wife of Norwegian billionaire, Tom Hagen, disappears from her home one day. The kidnappers leave a ransom note, demanding millions of dollars through cryptocurrency. While Tom Hagen immediately alerts the cops, the investigation moves at a snail’s pace, mainly because the cops try to keep things undercover, to not tip off the kidnappers lest they harm Anne-Elisabeth.

No matter how stealthily they try to investigate, some journalists catch its wind. Later, we see the story unfold from the perspective of two reporters, both of whom represent different methods of reporting, presenting a striking contrast to the audience. Because the show is based on a true story, does it mean that reporters Erlend Moe Riise and Aleks Zaretski are also real people? Let’s find out.

Are Erlend Moe Riise and Aleks Zaretski Based on Real Reporters?

‘The Lørenskog Disappearance’ portrays the events following the disappearance of Anne-Elisabeth Hagen in an accurate light. The details about the case and the findings of the investigations are pulled directly from the real-life case. However, when it comes to the portrayal of the journalists and their personal lives, the show has taken some creative liberties. As mentioned at the beginning of every episode, some parts of the show are fictionalized, and it is fair to say that the arcs of reporters Erlend Moe Riise and Aleks Zaretski are made up.

In the Netflix series, the newspaper that dedicatedly follows the Hagen story is the Daily News, which also employs Riise and Zaretski. From the looks of it, Daily News is more focused on backing the police’s claims that Tom Hagen is the real perpetrator of the crime against his wife, something that Riise is in agreement with. Daily News seems to have a huge readership, much like Norwegian Broadcasting (NRK), a real-life news network. In the show, NRK appears at the end when Anne-Elisabeth’s husband, Tom Hagen, gives an exclusive interview after he is released from the 11-day custody following his sudden arrest by the police, who’d charged him with the involvement in the disappearance of his wife. This points toward the fact that the Daily News is not based on NRK.

Another real-life newspaper that has followed the entire story is Aftenposten. While the show doesn’t acknowledge its inspiration, in real life, the Daily News is comparable to Aftenposten (“The Evening Post” in English). It is one of the largest newspapers in Norway and much like the Daily News in the show, Aftenposten has covered the real-life Hagen case from the very beginning. Like the close-knit team of the Daily News, a group of Aftenposten’s journalists covered the case, digging out details from various sources and adding to the story in their own credible way.

At the request of the police, Aftenposten had kept quiet about the Hagen case, publishing their findings only when the police went public with it. The editor-in-chief Espen Egil Hansen said that they “chose to respect” the police’s decision to keep the investigation a secret to not endanger Anne-Elisabeth Hagen’s life. He stated that it might have been a mistake not to release the details about the case in the beginning and that it hampered the investigation very much.

“We must rely on the police, that they had good and concrete reasons for staying silent. When the time is right, the legal authorities will have a great responsibility to at least be open about the basis for their request that we remain silent, too. There’s no assurance it was correct,” Hansen said. He also said that it was the media’s job to shine a critical spotlight on the police’s work on the case. “Such spotlights are not comfortable for the police, but that’s the press’ job, and it’s an important job,” he added.

In ‘The Lørenskog Disappearance,’ the Daily News’ Erlend Moe Riise and Aleks Zaretski end up on opposite sides of how they wish the reporting to be conducted. This is a fictional aspect of the show, added to give varied perspectives to the story and underline the main theme of the show — the prejudices, the bias, and the preconceived notions that often direct our judgments when it comes to high-profile criminal cases like this. While Riise has made up his mind about Hagen’s guilt, Zaretski wants to explore it with a much more open mind. In real life, we haven’t found any equivalent of this discord in Aftenposten.

It could be a possibility that Zaretski’s character drew some inspiration from Nina Selbo Torset, an investigative reporter and data journalist for Aftenposten. A graduate of the University of Oslo in Criminology, Torset joined Aftenposten in 2013. She is a Network Member at The International Consortium of Investigative Journalists and Chairwoman at SKUP – Stiftelsen for en Kritisk og Undersøkende Presse. She has investigated cases of “sexual abuse of minors, misuse of government funds, experimental cancer treatments, and organized crime.”

Torset also coordinated the investigation of the ICIJ projects, the Panama Papers, and the Bahamas Leaks. Zaretski’s dedication to finding the truth about the Hagen case, no matter what the cost, feels similar to Torset’s commitment to her projects. As for Erlend Moe Riise, he seems to be a sum up of the more experienced and established investigative journalists on the Aftenposten team. The Hagen case was covered by Jan Gunnar Furuly, who has been at Aftenposten since 1990 and also serves as the chairman of The Norwegian Foundation for Investigative Journalism.

Then there are Andreas Bakke Foss and Fredrik Hager-Thoresen, both of whom were selected for the 2015 European Press Prize shortlist with ‘Secret Surveillance in Moscow,’ and have been with Aftenposten for decades now. The Netflix series focuses on Riise’s dogged investigation, which eventually turns into an obsession that ruins his personal life. This character arc was made up to show the effect that unsolved true crime cases tend to have on people who get so entangled in solving the mystery that they lose focus on more important things in their life.

As far as we know, this does not draw a parallel with a real-life Aftenposten investigator. Considering all this, it is fair to assume that the writers of ‘The Lørenskog Disappearance’ were very loosely inspired by the journalists who reported on the case. Though when it comes to the personal arcs of the characters on the show, we infer that the writers concocted those things from their imagination for the purpose of getting the message across effectively.