Are Esther and Janine Dead? Did Mckenna Grace and Madeline Brewer Leave The Handmaid’s Tale? 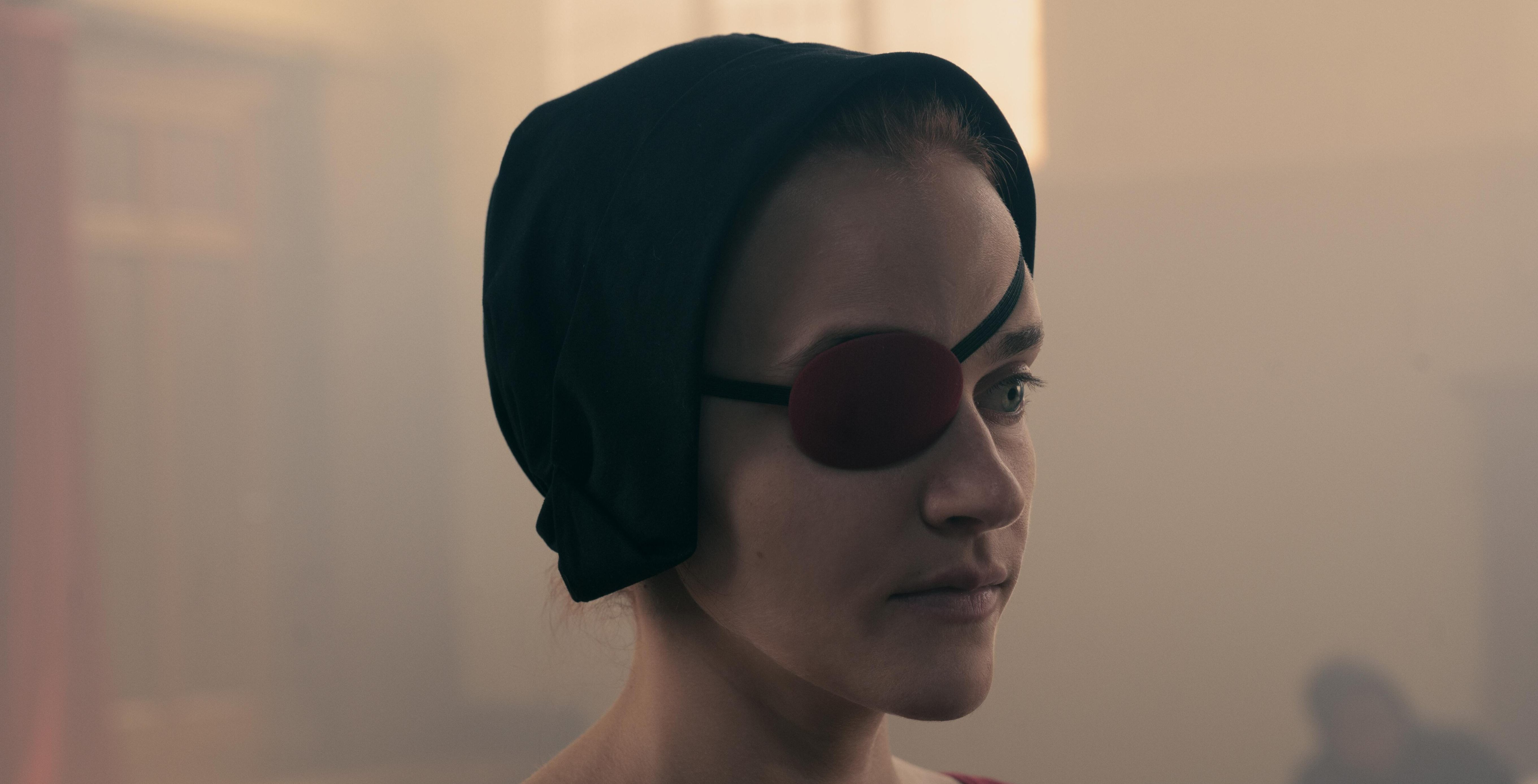 The second episode of Hulu’s dystopian series ‘The Handmaid’s Tale’ season 5 opens a window to Gilead after the death of Commander Fred Waterford. Upon the death of Fred, Commander Warren Putnam becomes one of the highest officials in the country. To please Putnam, Aunt Lydia assigns Esther Keyes as his new Handmaid. Janine Lindo, Esther’s mentor, also joins her when Lydia leads Esther and the other Handmaids to Putnam’s house. However, it doesn’t take long for Esther to choose death over being the Handmaid of the commander. But she doesn’t want to die alone. She also poisons Janine. So, are they dead? Did we see the last of Mckenna Grace and Madeline Brewer in the show? Let us provide the answers! SPOILERS AHEAD.

Are Esther and Janine Dead?

When Aunt Lydia assigns Esther to Commander Putnam’s house, the new Handmaid realizes that it is nothing short of a sentence to suffering. Esther starts to believe that Janine became close to her only to prepare her as a Handmaid for her to get assigned at Putnam’s house, specifically since Janine’s daughter Angela is at the same place. Believing that Janine has manipulated her to make Putnam’s new sex slave so that the former can visit Angela through her, Esther poisons her mentor through some chocolate balls. Esther also eats the same since she chooses death over becoming Putnam’s Handmaid.

After eating the poisoned chocolate, Esther and Janine start to vomit blood. Still, they may not die yet. Since Lydia and the other Handmaids see them, they are expected to get saved. Lydia most likely will arrange medical interventions necessary to save two of her Handmaids and may even reach out to Putnam for guidance. Considering that Putnam is smitten by Esther, he may try his best to save at least Esther no matter what. The affectionate conversation between Naomi Putnam, Commander Putnam’s wife, and Janine in the second episode of the fifth season also indicate that she may try to save Janine, who has brightened Naomi’s life by giving birth to Angela.

Considering these possibilities, Esther and Janine may escape from death for the time being. If not, does the incident mean that Mckenna Grace and Madeline Brewer had already left the show? Let’s find out.

Did Mckenna Grace and Madeline Brewer Leave The Handmaid’s Tale?

As of yet, neither Mckenna Grace nor Madeline Brewer, just like Hulu, has announced their departure from ‘The Handmaid’s Tale,’ indicating that they haven’t exited from the show. In an interview given in May 2022, Brewer had teased that Janine is “a cat with nine lives” to die this early. “As per usual, Janine is a cat with nine lives. And if you’ve been watching the show, you know she used up several of them already. And I’m going to just say this season is no exception to that,” Brewer told EW. In addition, the actress also revealed that we will “see a side of Janine this season that we haven’t seen before.”

Considering Brewer’s words, it is clear that there’s a lot more to happen in Janine’s storyline in the fifth season. Since we haven’t yet seen the different side of Janine as the actress indicated yet in season 5, we can expect the character’s recovery from the possible near-death experience, which may change her as Brewer indicated. As far as Mckenna Grace’s commitment to the show is concerned, we can be hopeful that the actress will feature in the upcoming episodes of the fifth season.

In an interview given in June 2021, after the conclusion of the broadcast of season 4, creator Bruce Miller revealed that Esther and Janine will be his window to the fifth season storylines set in Gilead. Considering the same, Esther most likely will recover and continue to live. Considering these factors and possibilities, we may not need to worry about Grace and Brewer leaving the dystopian show just yet.

Read More: Why Does Emily Go Back to Gilead? Did Alexis Bledel Leave The Handmaid’s Tale?