Are Frankie and Joe From High School Musical Still Together? 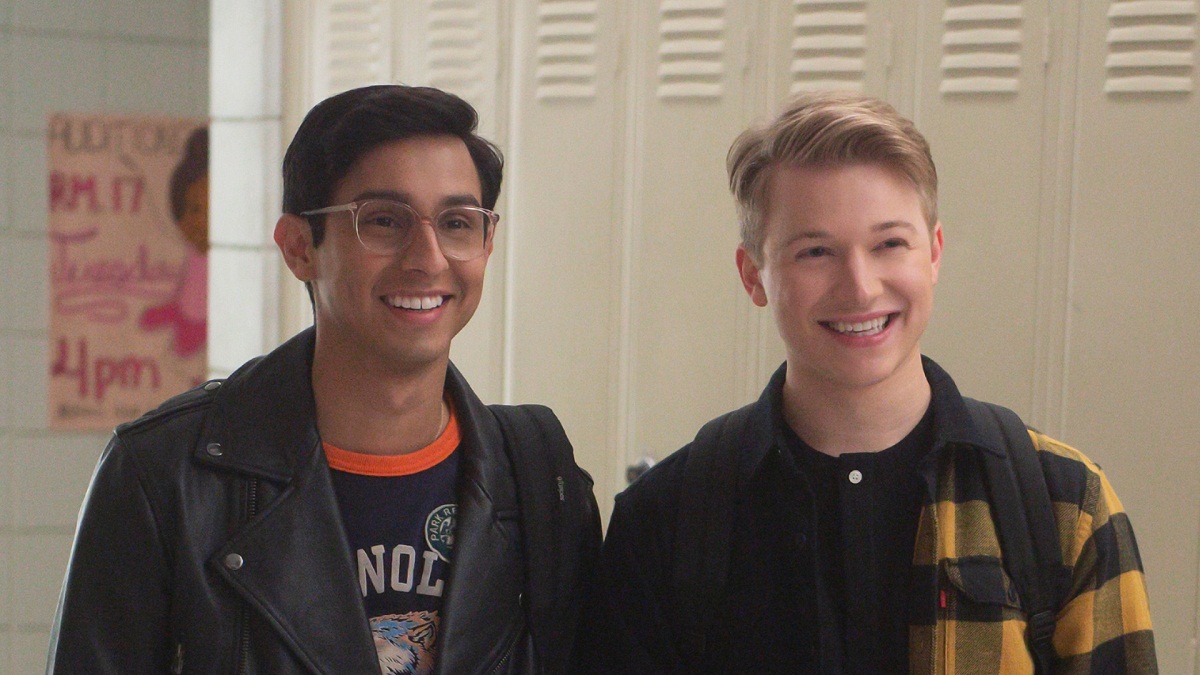 A ‘High School Musical’ franchise love story, and charming on-screen couples experiencing passionate love in real life, are somewhat typical. The movies and shows have offered many couples a shot at love, and one such unique pair is Frankie Rodriguez and Joe Serafini, who fans must know as Carlos and Seb. Since they had such adorable chemistry on the show, many wondered if they were together in real life as well. To everyone’s surprise, the two affirmed the rumors in 2021. Now that the show is back with season 3, many must be curious about the current status of their connection. Here’s what we know!

In 2019, Frankie Rodriguez and Joe Serafini joined the cast of ‘High School Musical: The Musical: The Series’ to portray Carlos and Seb, respectively, — the first LGBTQ+ pair in the franchise. Their on-screen chemistry and romance successfully attracted a sizable fan base. In season 1 of the show, Carlos serves as the choreographer for East High School’s production of High School Musical, while Seb portrays Sharpay. During that process, they get to know one another. Soon after that, they fall in love, start dating, and also go to their homecoming together.

Frankie and Joe’s performance even got the show an award for Outstanding Kids & Family Programming award at the 31st Annual GLAAD Media Awards in 2020. The two got to know one another when the show’s first season was being filmed in 2019. The two soon began sharing pictures of themselves on their social media platforms, thus giving rise to rumors about them being together. After months of speculations, the two confirmed that their reel love tale took a beautiful turn as they also became a couple in real life.

In a promotional interview for season 2 in May 2021, upon being asked whether they’re best friends or something more, Frankie revealed, “We haven’t been really secretive about it, but we are dating in real life.” After acting as a couple, Joe and Frankie started to feel romantically attracted to one another and started dating a few months later. A month later, in conversation with Too Fab, the two dished about how they got together. “Oh my gosh. Well, I think on the first day I worked with Joe, they put him on the piano,” Frankie recalled.

Frankie further added, “And he was playing some musical theater stuff when the cameras weren’t rolling. And I was like, ‘Oh, that’s it. I’m done. I’m in trouble.’ I just knew I was going to have a crush on him. I was like, ‘Ah, this can’t happen!’ I mean, he’s so sweet and nice. We kind of just started off as friends and then, you know, here we are.” When the same question was put to Joe, he quipped, “(Frankie) is so confident and funny. If he’s in the room, everyone’s just laughing and having a good time,” he explained.

Joe went on to explain that he was kind of intimidated by Frankie at first, but gradually the two realized that the connection they share is more than friendship. “We started as good friends and just slowly realized, hmm, maybe we should go on a date or something! [Laughs] We very much enjoy each other and we just have such a blast, both on the show and making our own relationship outside of it,” Joe told Entertainment Weekly. Now that it’s been over a year since they professed their love for each other to the world, it is natural for their admirers to wonder whether Frankie and Joe are still romantically involved.

Are Frankie and Joe Still Together?

Yes, Frankie Rodriguez and Joe Serafini are still together. They are growing strong as a couple and do not shy away from declaring their love for each other on social media quite frequently. From the beginning of their relationship, Joe and Frankie have always been supportive of one another, be it personally or professionally. The couple also spent their quarantine period together, which, in turn, strengthened their bond.

Apart from this, Frankie and Joe spend their time exploring new places, celebrating the holidays together, creating funny content for their followers and even meeting each other’s family members. They are very vocal about the way they feel about each other. On Frankie’s birthday, Joe wrote: ”Happy birthday to my favorite person ever!! the funniest, smartest, most beautiful guy around! thank you for making life so much fun.”

Whenever Frankie and Joe are together, they bring out a refreshing vibe with their positive energy and love for each other. They also have similar interests in theater and acting and have a wonderful time filming the show. Thus, we wish the couple stays happy and blissful in their relationship and hope they continue to thrive in their professional endeavors.