Are Hannah and Des From Summer House Still Together? 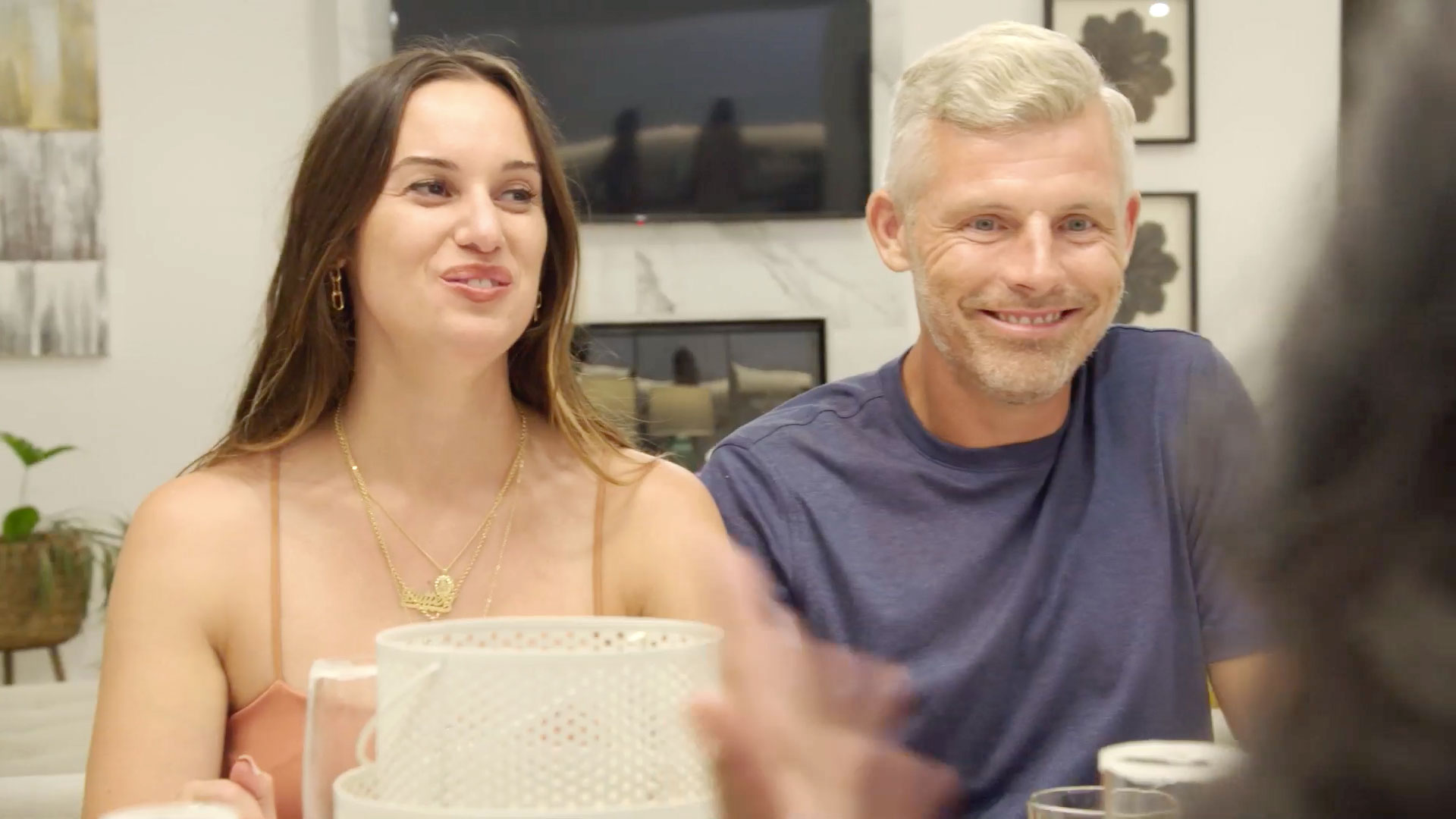 A vacation with friends and a lot of drama pretty much sums up ‘Summer House.’ The reality series follows a group of youngsters who spend time together to take a break from their everyday lives. While the viewers are no strangers to the flings and intense relationships between the cast members, Hannah Berner’s love life made the headlines in season 5. While season 4 saw things heating up between her and castmate Luke Gulbranson, in season 5, Hannah introduced her new man to the gang, Des Bishop.

Des is an Irish-American comedian who is no stranger to reality television. He has featured in a few Chinese dating shows and has also been a part of the Irish version of ‘Dancing with the Stars.’ After all that has gone down between Luke and Hannah, the viewers are curious to know if Hannah is still with Des. Here are the details!

Hannah first set her eyes on Des in the mid-2010s during one of his performances at the International Comedy Cellar. She was instantly attracted to him, but nothing came of it at the time. It all started when Des messaged Hannah on Instagram in the summer of 2020, shortly before Hannah began filming the fifth season of the reality show. Hannah admitted that Des came into her life when she was going through a very rough time; her showdowns with Luke in season 5 are proof of that.

In season 5, Hannah interacted with Des over FaceTime and is seen crying almost every day. However, what struck her about Des was that he supported her and kept falling for her even though she was not at her best. In an interview with ET in March 2021, Des shared that he was very sure about his feelings towards Hannah but realized that she was going through a lot and had to learn to let things go. However, he could not wait for her to wrap up filming so that they could spend time together again.

Things got more intense in season 5 when Des came to see Hannah in the tenth episode. While Hannah was happy to see him again, Des was not received with as much warmth and enthusiasm by the others. One of the common complaints was that the other cast members barely got to know him since Hannah and Des mostly remained disconnected from the others. Moreover, Kyle and Luke seemed to have their walls up against him for different reasons. The tension between Luke and Des was understandable, considering Luke’s history with Hannah. Kyle alleged that Des was talking about the gang behind their backs.

Are Hannah and Des Still Together?

Yes, Hannah and Des are still together and have taken the next step in their relationship. The pair found love during the pandemic. They started dating just before season 5 of ‘Summer House’ began filming and were separated for six weeks while she was filming. In Fall 2020, the couple reportedly began living together. Des also spent the Christmas holidays with his beau’s family. After roughly eight months of dating, Des proposed to Hannah on Valentine’s Day in 2021.

The comedian and reality television star openly shared how she feels about her fiancé. While many people criticized the couple for their 15-year-age gap, that is one of the things Hannah loves about her relationship with Des. The 30-year-old said that it is easier to be with an older man because Des is wise, has seen life, and is confident in his own skin. She also admitted that it is the first time she has ever thought of marrying a man.

Currently, Hannah and Des are planning their wedding and hope to be married sometime before the end of summer in 2021. They hope to get married at a beachfront house of one of Hannah’s family members. However, they have not yet decided whether or not they want their wedding to be filmed. The comedian couple hopes to be back on their stand-up tours after tying the knot, which is one of the reasons why they do not want to wait too long.

Des admitted that he used to be against the idea of dating a fellow comic since the personal and professional lives risk getting enmeshed. But with Hannah, it felt different. He realized that they have so much in common, and it is a lot of fun to be around her.

Although Hannah and Des are not planning to share the proposal video because it was a very personal moment for them, Hannah has spoken about it. When they started dating, Des used to send her funny videos of songs he made about her. Des sent her one such video at the end of which he asked her to turn around. When Hannah did as asked, she found Des on one knee with the engagement ring. The couple announced the news of their engagement in early March 2021. They love the fact that they make each other laugh, and Hannah feels that she is able to be herself around Des.

Read More: Who Is the Richest Cast Member of Summer House?