Who Is the Richest Cast Member of Summer House? 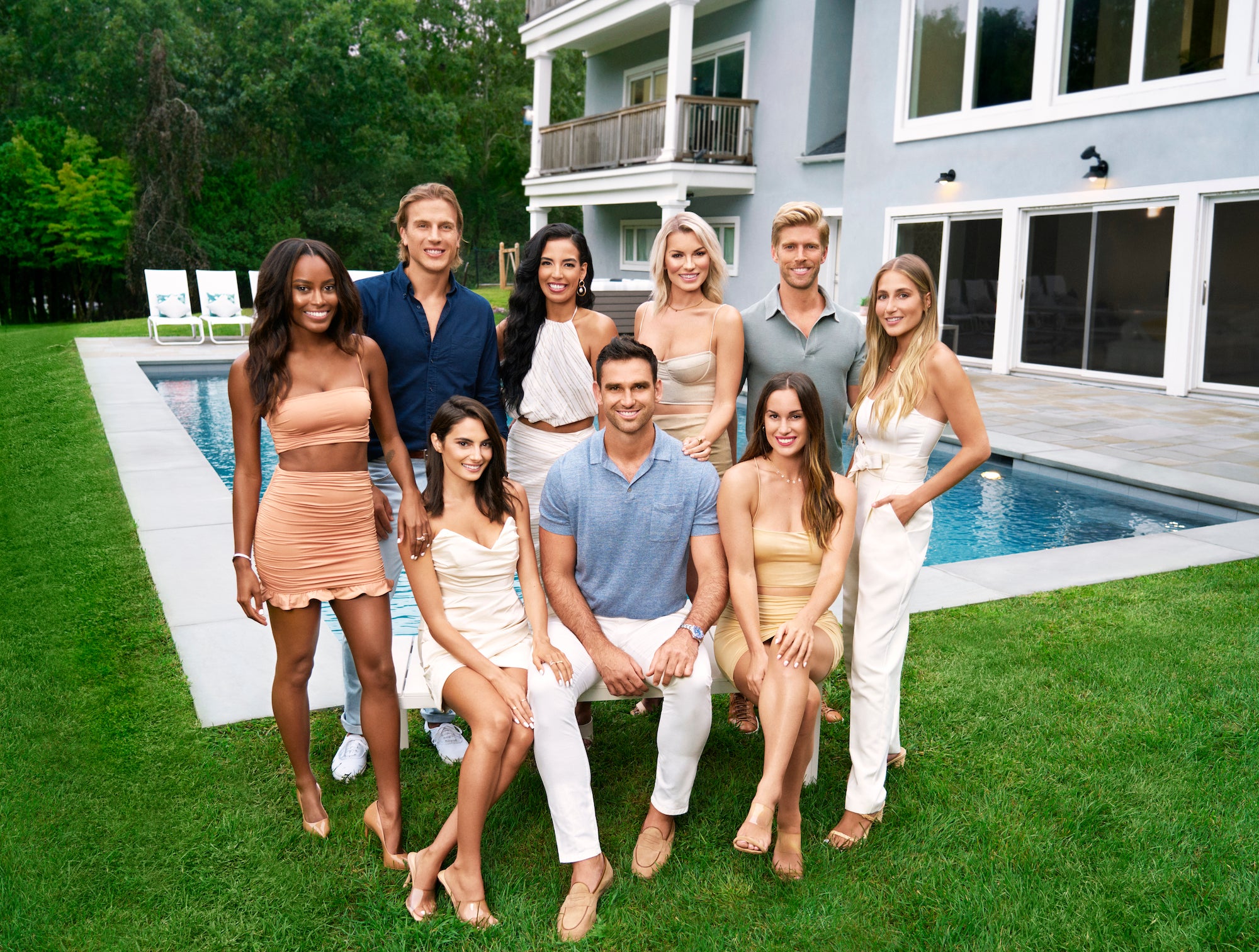 ‘Summer House’ is a reality series that revolves around a group of friends who get together over the weekends to unwind at the poshest beach areas on the East Coast. The cases of alcohol and the uber fun lifestyle do not come without their costs. Naturally, you must be wondering how the cast members are able to afford their lifestyle. Well, they may party hard on the weekends, but these young women and men are professionals with impressive careers outside of the show. Here is a list of the cast members, ranked according to their net worth.

Amanda has been a series regular since the second season, and we have seen her come a long way, be it personally or professionally. The talented branding and design specialist holds a degree in Communications Design from the University of Connecticut. The television personality has also done design projects for brands like L’Occitane and FENIX.

The reality star is currently the creative director for Loverboy, Inc., the sparkling hard tea brand founded by her fiancé Kyle Cooke. Taking into account that the cast of the show supposedly earns somewhere between $10,000 to $20,000 per episode, Amanda may be earning close to $280,000 from the show alone. Therefore, Amanda Batula’s net worth is estimated to be around $500,000.

Apart from appearing on ‘Summer House,’ Hannah has a successful career as a comedian and the host of the podcast ‘Berning in Hell.’ She is no stranger to Bravo since she is also a co-host on the series ‘Bravo’s Chat Room.’ After graduating from the University of Wisconsin-Madison with a Bachelor’s in Communication Arts and Rhetoric, she worked as an On-Air reporter and a social media manager. Since ‘Summer House’ pays each cast member somewhere between $10,000-$20,000, it has proven to be a significant source of income for her. Currently, Hannah Berner’s net worth is around $500,000.

Carl is known to most of us as the heart-throb on ‘Summer House,’ but you may find it fascinating to know that he is quite the star in the field of sales and business development. An alumnus of the Harvard Business School, Carl had also dabbled in some acting projects before getting into sales. He features in minor roles in the series ‘What Perez Sez’ and ‘Bumbld.’

Apart from working as a production assistant for ‘Criminal Minds,’ he is also known for his appearance in shows such as ‘Watch What Happens Live with Andy Cohen,’ ‘Date Night with Connie and Chrissy,’ and ‘Vanderpump Rules.’ While Carl works with Kyle and Amanda at Loverboy, Inc., he is also the Senior Advisor at Spotfund Technologies. It is no wonder that Carl Radke has accumulated an estimated wealth of $500,000.

Luke is one of the most multifaceted cast members of the show. He is a model, hockey instructor, actor, and jewelry designer. He has also made appearances in shows like ‘The Flight Attendant,’ ‘Last Week Tonight with John Oliver,’ and films such as ‘By My Hand.’ Additionally, he is the founder and owner of a business called R_Co, which sells apparel and jewelry for men and women. Therefore, Luke Gulbranson has amassed a net worth that stands at around $600,000.

Ciara Miller is an ICU nurse who earned a nursing degree from Chamberlain University. In fact, before season 5 began filming, she was working on the frontlines to help contain the COVID-19 outbreak. An average ICU nurse in the USA earns about $75,000 annually. Apart from making big bucks from the reality series, Ciara is also a model. We believe that ‘Summer House’ adds at least $200,000 to her yearly income. Therefore, Ciara Miller’s net worth may be close to $600,000.

Danielle is a finance graduate from the University of Delaware and has worked in the financial technology industry for several years. The television personality is also a certified software product manager and a Scrum master. She was introduced to the cast of the show in the second season after Kyle Cooke reportedly invited her. Danielle might be earning approximately $280,000 per season for ‘Summer House’ since the cast members are paid $10,000-$20,000 per episode. Taking into consideration all her streams of revenue, Danielle Olivera has collected an estimated wealth of $1 million.

Paige runs a podcast called ‘The Giggly Squad’ with her friend and castmate Hannah Berner. The reality star revealed that she has always been interested in television, which explains why she studied Broadcast Journalism in college. She was working for ABC News when the opportunity for ‘Summer House’ came her way. Paige currently runs her fashion blog and writes for Betches Media. Her talent in fashion has helped her land a job as a host for Amazon Live. Paige has been a regular face since season 3 of ‘Summer House,’ which has undoubtedly boosted her career. Paige DeSorbo’s estimated net worth stands at an impressive $1 million.

Lindsay has a flourishing career in Public Relations and is also the Founder and President of her firm Hubb House Public Relations. She earns about $200,000 from her company. Her breakthrough in the PR industry was her job at Fingerprint Communications, where Lindsay was the Director for the New York operations. She also served as the President of Indulgence Public Relations before starting her company in 2016. Lindsay owns an online store called Hubbs. Not to forget that she is one of the original cast members who has been part of ‘Summer House’ since the first season. There is no doubt that Lindsay Hubbard earns a hefty sum from the show, which contributes to her net worth that roughly stands at $1.1 million.

Like Lindsay and his close friend Carl, Kyle has been part of all the seasons of the reality series ‘Summer House.’ He is undoubtedly one of the busiest stars on the show. Kyle is an entrepreneur who has set up the beverage brand Loverboy, Inc., which is quite the rage among the Bravo fans. However, it is not the first business he has set up. The entrepreneur is also the man behind the contracting company University Painters, a management and solution company called Nightjockey, Inc., the online marketplace for beauty services called Blownaway, and a health and nutrition app FENIX.

Even though Kyle founded several businesses, he also has an impressive professional record since he has worked with ZocDoc, Birddogs, Cigna, Saber Seven Inc., and Park Place Equity, LLC. You may also recognize him from other shows such as ‘Access Hollywood,’ ‘Vanderpump Rules,’ ‘Celebrity Page,’ and ‘Watch What Happens: Live.’ On top of that, ‘Summer House’ is a sizable contribution to his net worth, which is about $1.1 million. Therefore, Kyle Cooke and Lindsay Hubbard are the wealthiest members of the work-hard-party-harder group of friends in ‘Summer House.’