Are Holly Greenstein and Andrew Davis Still Together?

‘Married At First Sight‘ is a social experiment that studies how a relationship will work if the people involved end up tying the knot at their very first meeting. Bringing together a group of previously unacquainted singles, the show pairs them up into couples who meet for the first time at the altar. What follows is an exciting experiment that explores how each pair tackles the issues that arise while living with a complete stranger. Ultimately, on judgment day, the partners look back at their experiences and decide whether to remain together or separate.

When Holly Greenstein and Andrew Davis were paired up on ‘MAFS Australia’ season 9, they appeared to take to each other easily. However, what seemed like smooth sailing soon turned into a tumultuous journey as problems overwhelmed their marriage. Still, with the cameras now pointed away, fans are interested to know if Holly and Andrew were able to reach an understanding and make their relationship work. Well, fret not, cause we come bearing answers!

When Cinema Manager Holly Greenstein and Motivational Speaker Andrew Davis met for the first time, they were surprised to learn that they are both from Sydney. While Holly agreed to be a part of the ‘MAFS’ experiment as she was looking for a life partner and wished to become a mother, Andrew is a twice-divorced father-of-one whose life revolves around his 2-year-old daughter. Thankfully, Andrew and Holly were quick to take to each other on their wedding day and expressed that they were looking forward to a better future. 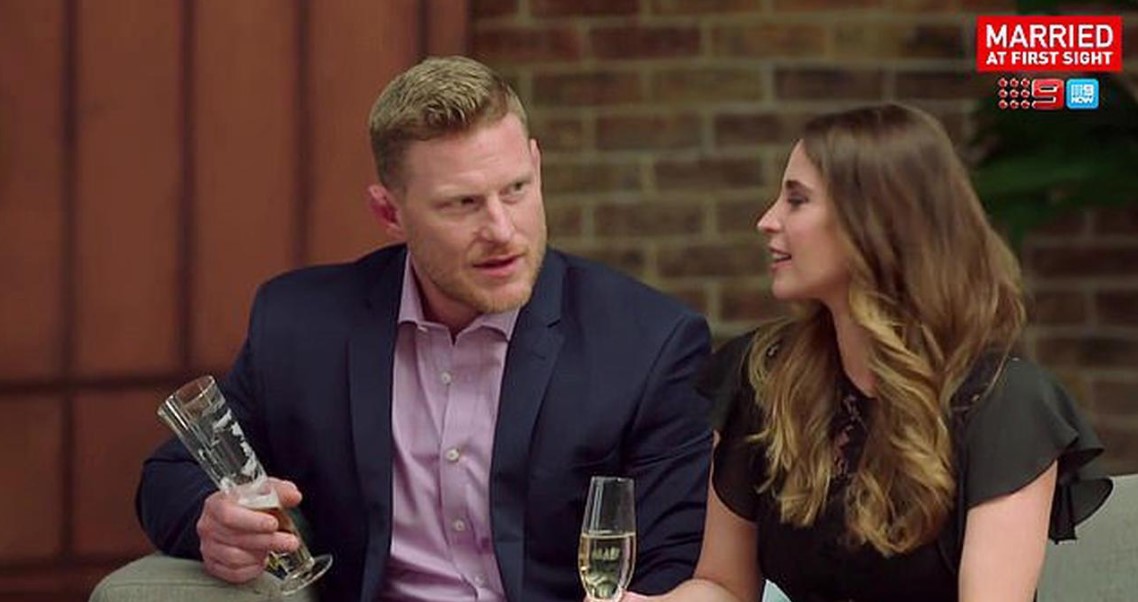 Besides, even though Holly seemed unsure about Andrew’s political views, she was ready to disregard such a minor inconvenience, further strengthening their bond. Although things looked really promising during the initial phase of their honeymoon, their relationship fell apart once Holly and Andrew decided to get intimate. While the intimacy was a new and beautiful milestone for Holly, Andrew bluntly mentioned that he did not enjoy their time in bed.

Furthermore, Andrew even went on to compare Holly with a few of his one-night stands and was of the opinion that Holly should learn from his experience. Naturally, such behavior did not sit well with Holly, who was left dejected and hurt. However, Andrew seemingly took no notice of his partner’s issues and carried on as if everything was ideal. Although Holly refused to give up and the couple tried to rekindle their relationship, it was not to be as they were both ready to leave each other by the second commitment ceremony. So, did they manage to mend their differences or choose to walk away?

Are Holly and Andrew Still Together?

No, Holly and Andrew haven’t gotten back together since their explosive breakup and have put a full stop to their relationship. Talking about it on the show, Holly mentioned that while Andrew’s behavior was quite hurtful, it taught her to believe in herself, which in turn boosted her self-confidence. However, Andrew did not seem to bear any regrets. In his exit interview on ‘MAFS,’ he said, “I’ve made my mind up. I know exactly how I feel. I guess at this point I’m at the end of my rope. I have some requirements in my mind of who I want in my daughter’s life, in my life.”

Andrew further added, “She (Holly) doesn’t fit that mould, so there’s really nothing that I’m holding on to. I’m done.” While the Sydney-based Cinema Manager has gone back to her everyday life, she deleted all of Andrew’s pictures from her Instagram, indicating that they haven’t maintained an amicable connection. However, she does seem happy living life on her own terms, and we wish her the best for the future. On the other hand, Andrew prefers to keep his personal life under wraps, although he did mention that he has rekindled his relationship with someone he was dating earlier.

Read More: Are Selin Mengu and Anthony Cincotta Still Together?