Are Ivan and Estefania From Insiders Still Together?

Netflix’s ‘Insiders’ is a fascinating reality series because it simply gives us something we’ve never seen before. After all, the contestants believe they’re in the final round of auditions for an upcoming production. While in actuality, the cameras are already rolling, and a different competition to be the “perfect” player is underway. In short, this Spanish-original films people without their knowledge to showcase their genuine selves, which sparked drama when the truth came out in season 1, especially amid Ivan and Estefania. So, if you’re curious to know where they are now, we’ve got you covered.

As a 29-year-old Valencia native, Estefania described herself as a fun and passionate girl almost as soon as she came upon our screens, adding that she always goes with the flow even though she is in a relationship. On the other hand, 28-year-old Ivan admitted that his game plan was to hook up, enjoy the overall experience, have time to strategize, and eventually come out as a winner. Though, these views changed once they met. Instead of different women, Ivan found himself drawn only to Estefania, and despite her affection, she initially seemed dedicated to her boyfriend.

However, the dynamic between Ivan and Estefania shifted with time. Oblivious to the filming, they kissed, cuddled, slept in the same bed almost every night, and confessed that they wanted more. She did grapple with a lot of guilt regarding what was going on, but she could not help it. Even when the duo learned the truth, got into several arguments about their possible future, and realized that Ivan would pick winning over Estefania, they still weren’t able to stay away. Ultimately, after she was eliminated, Ivan made his feelings clear by stating that he’d love for her to wait for him.

Are Ivan and Estefania Still Together?

Not only were Ivan Molina and Estefania Vela joined at the hip on ‘Insiders,’ but the couple even professed their love for one another. Before she went out the door, he also gave her his number and urged her to call, making it clear that he wanted to see what their future could hold. It wasn’t just a tactic for him to stick by her side; Ivan had indeed grown to care for Estefania in a way he never expected. Their conflicts aside, in nearly three weeks, genuine feelings of passion and romance had developed between them. Yet, it’s unclear whether they were able to last in the real world. 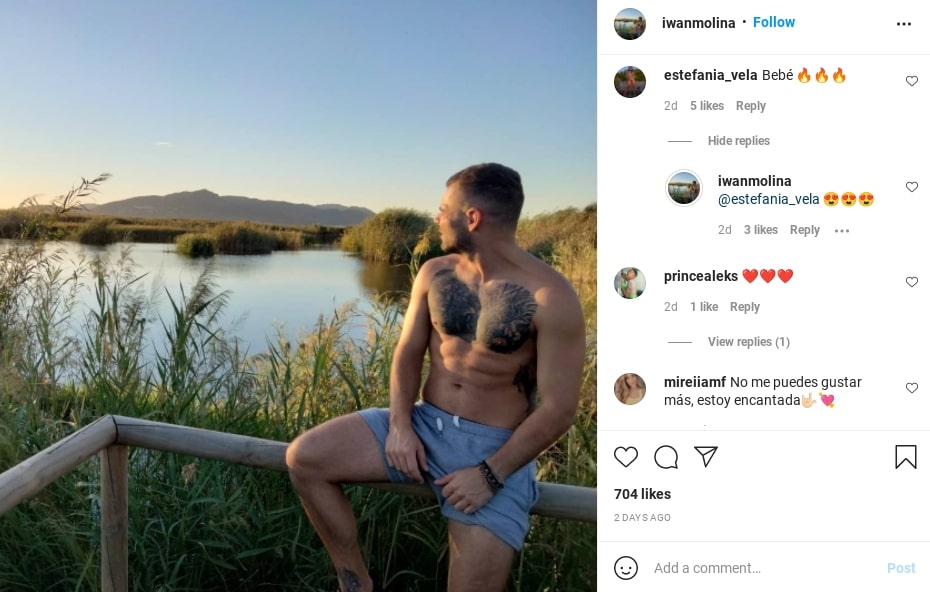 Ivan and Estefania follow each other on social media platforms, and they have posted a few flirty comments on each other’s posts, but that seems to be the extent of their touch, at least, online. Considering that they are both local Valencia residents, long-distance wouldn’t be a problem either if they’re in a relationship.

With that said, since they haven’t confirmed or denied anything, their status is up in the air. We are going to stay hopeful, though, because they appear to be on good terms. As for their careers, while we already know that Ivan is a professional poker player, Estefania seems to be an influencer, dancer, and model. Reiterating her point above, her Instagram bio reads, “Go with the flow of life 💙⚡️.”

Read More: Are Laura and Peter Still Together?