Are K. Michelle and Kastan From Love & Hip Hop Still Together? 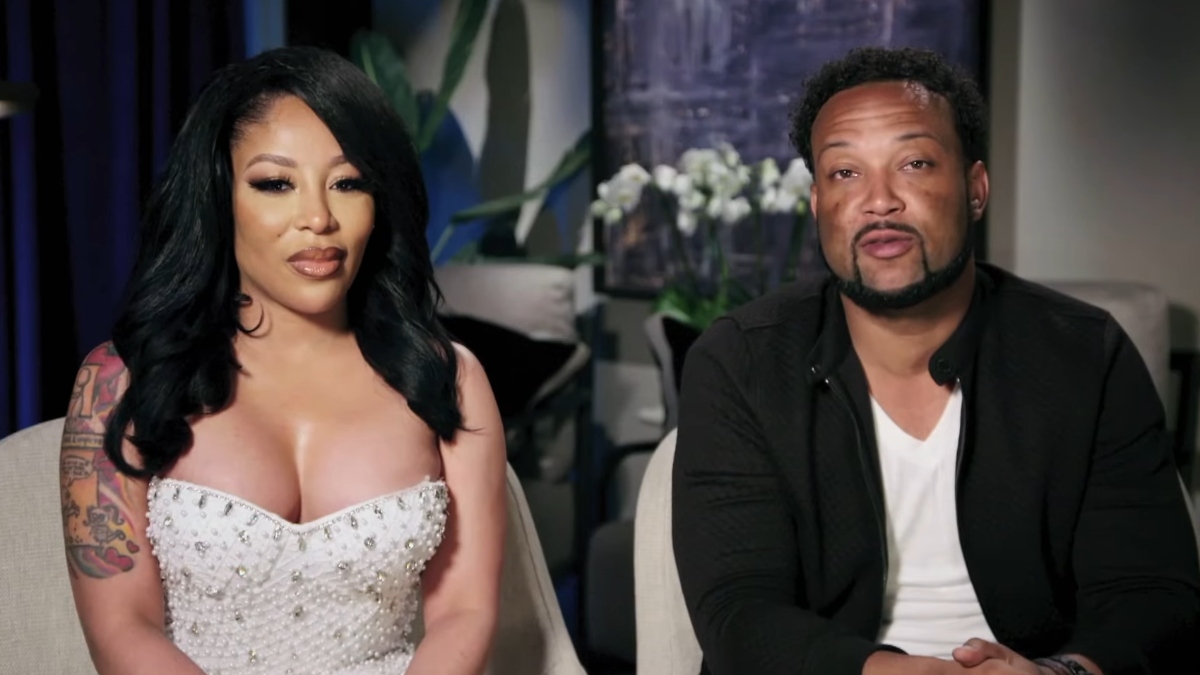 After the New York iteration, K Michelle artist got her own spinoff, titled ‘K. Michelle: My Life,’ which ran for three seasons. She also appeared in seasons 5 and 6 of ‘Love & Hip Hop: Hollywood.’ Given her massive popularity with the viewers and successful music career, many are interested to know more about her personal life, especially regarding her partner Dr. Kastan Sims. Is K. Michelle still with Kastan, or have they split up? Well, here’s everything we know about the same!

K. Michelle had reportedly known Dr. Kastan for more than five years before appearing on ‘Love & Hip Hop: Atlanta’ in 2012. Dr. Kastan is a professional dentist who graduated from Meharry Medical College in 2007 and has been practicing dentistry for more than a decade. Despite K’s large on-screen presence, Dr. Kastan did not appear much in front of the camera. Even in her own spinoff show, he did not have a major appearance. However, the musician seemed more than happy with the relationship.

During a concert in 2016, K. disclosed her feelings for her partner. “I got the point where I just wanted a good man, so I found the perfect man, and he’s always been there for me,” the musician shared. “He’s single. And he’s a doctor. And I’m so happy about our journey and that we are about to start a family. And I’m very, very happy.”

Both K. Michelle and Dr. Kastan live in Memphis, Tennessee, and the status of their relationship has long been a topic of discussion. Given the length of their relationship and the fact that K often refers to the dentist as her husband, many fans speculate that the two got married secretly. On the other hand, others have doubts about whether the two are still in a relationship or not. Well, here’s what we know about the same!

Are K. Michelle and Kastan Still Together?

Yes, K. Michelle and Dr. Kastan Sims are still together, though the journey seems to be getting harder day by day. Many fans had already speculated trouble in the paradise based on Dr. Kastan’s absence from the musician’s social media profiles. The doubts were confirmed when the two appeared in the 19th iteration of ‘Marriage Boot Camp.’ Thanks to the show, many were able to get a closer look into the couple’s dynamics.

The revelations surrounding K and Kastan’s relationship have been fascinating, to say the least. As the show progressed, the couple admitted that they were often involved in violent fights with disastrous results. One of the incidents ended with K. Michelle naked on top of their Jaguar as the neighbors looked on. Another argument led the musician to chase her partner with a butcher knife.

Dr. Kastan also revealed that he wants a son, though K has her heart set on a set of twin girls as she already has a son, born in September 2004. Given the different ideas that the couple seems to have about their future, it’s understandable why the two decided to work on their relationship. We hope that their efforts bear fruits and they can move on together happily.

Read More: Are Lyrica and A1 Bentley Still Together?