Are Kate and Ro From Below Deck Still Together? 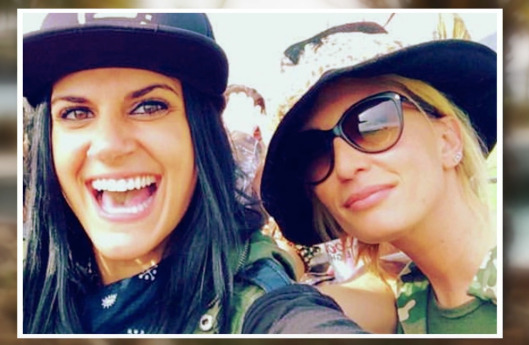 Bravo’s hit reality TV show ‘Below Deck’ has been able to enthrall and grip the audiences’ attention since its premiere in 2013. It follows the lives of the crew members and captains of a luxury superyacht as they sail through the world’s various locations. It also provides the fans an inside look at how the crew interacts with difficult guests and navigates their lives while at sea. It’s obvious that over time, the viewers get obsessed with the cast, especially the lives of their favorite members — the OG cast member Chief Steward Kate Chastain is one such fan favorite.

Right from her entry in season 2, Kate made her mark by being incredibly professional and entertaining. While her journey has been fascinating, most of her fans have also been drawn to the updates on her love life. Kate’s relationship with Ro Hernandez in season 4 turned several heads as they seemed head-over-heels in love and happy. Their love instantly connected with the audience, especially when they saw Kate flaunting a different glow in Ro’s presence. Hence, now that Kate is no longer on the show, it’s natural for fans to wonder about the couple’s whereabouts and the status of their relationship. Well, here’s everything we know!

Kate and Ro’s Below Deck Journey

Kate Chastain met Rocío Hernandez in a bar in Melbourne, Florida. She had previously dated guys throughout her time on ‘Below Deck’ and had never thought of dating women until she met Ro. While Kate acknowledged she was enamored with Hernandez right away and kept talking to her, she never considered dating her. But soon, they became more drawn to each other and got into a relationship. In the first week of January 2016, Kate made their relationship public by posting a picture with the caption, “I don’t always date girls but when I do they are hot AF.”

I don't always date girls but when I do they are hot AF pic.twitter.com/ZLP92TjjTA

Ro Hernandez is a former football player turned coach and TV personality. “She’s a pro athlete, she wears combat boots,” Kate remarked on the show. When Hernandez was seen paying a visit to Kate, the latter stated that it was difficult to say goodbye to Hernandez before the arrival of new visitors. However, she appeared optimistic about her relationship with Hernandez.

“I think every single human that knows me is going to be surprised by the news because this is out of character for me. If I break up with this girl, I don’t think I would really be interested in dating girls after this,” she told Daily Dish. “I don’t really think about labelling it too much. I just feel like I met somebody whose company I enjoy, and that’s just all I’m calling it.” Kate also opened up about her new romance to her entire team, who were quite thrilled for the two of them. After such a charming journey on the show, everyone must be eager to know the present status of their relationship. Here’s what we found out!

Are Kate and Ro Still Together?

No, Kate Chastain and Ro Hernandez are no longer together. Their romance ended shortly after Kate returned home following the wrap-up of the filming of their season. In June 2016, the pair got into a heated argument, which resulted in Chastain being detained for reported domestic violence. According to TMZ, she “tried to kick her drunk girlfriend out of their house and when she refused, she bit her in the forearm, bicep and leg.” However, the charges were later reduced to a misdemeanor. Kate Chastain and Ro Hernandez have never contacted each other again after the event.

Kate also told The Daily Dish what it was like to see her ex on ‘Below Deck’ (which aired after their split), when they were still dating. “A lot of my friends and family are concerned or caring about how I’m gonna feel viewing my ex on the show,” Kate explained. “But honestly, I think the human body can only tolerate so much pain caused by another person, and I reached that quota about two months ago, so really nothing else can really hurt me anymore.”

Kate also stated that the whole ordeal had turned her off to relationships, so she’ll be more careful in the future. In an interview with People in October 2018, Kate discussed how the event taught her to “value her privacy.” Daily Dish reported in February 2019 that Kate was dating a new man while shooting season 6 of ‘Below Deck’. She was also once linked up with Ben Robinson, who worked on the same boat at the time. However, all of it quickly faded, and while she stated of enjoying her dating life, the details remain a mystery.

Kate launched her book ‘Lucky Charming’ in 2016, detailing what inspired her to begin her career in the yachting business and all she learned along the way. Then, in 2020, she announced her departure from the series after six seasons. “After many months of reflection and internal discussions, I have chosen to make a transition this year in starting to carve out a progressive new land-based role. I intend to step back as a senior member of the Below Deck Family and work to become financially independent while continuing to fully support His Majesty, Andy Cohen,” said the now-39-year-old Event Planner.

Since Ro Hernandez was once a professional athlete, she later received several fitness offers. When her football career ended, she entered the world of Sales and Marketing. From what we can tell, the Madrid-born personality has been serving as a freelance Webmaster at Hilbers Legacy Properties in California since January 2018.· As far as her current whereabouts are concerned, not much is known about her personal and dating life as she has chosen to stay away from the limelight.

Read More: Are Ciara and Paget From Below Deck Sailing Yacht Still Together?