Are Katina and Olajuwon From MAFS Season 14 Still Together? 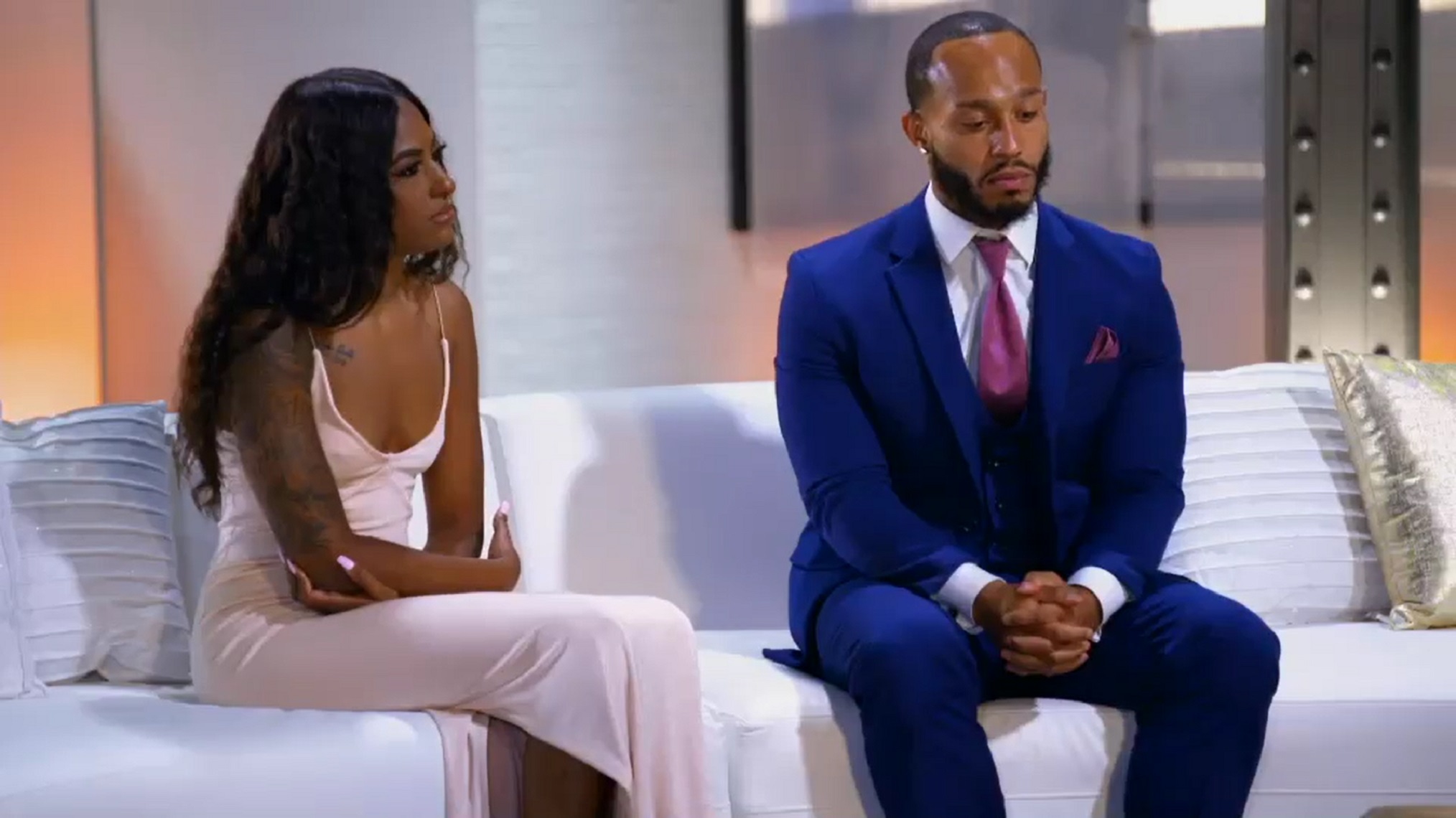 ‘Married at First Sight‘ attracts fans by offering its twist on the tried and tested dating reality show formula. Once a group of eligible singles signs up, relationship experts pair them up based on their characteristics, desires, and much more. These couples meet directly at the altar, where they get married before going on a lavish honeymoon. Later, they are allowed to settle into everyday life and get to know each other better. Ultimately, they decide whether they want to continue being married or go their separate ways.

Matched up on season 14 of ‘MAFS,’ Katina Goode and Olajuwon Dickerson seemed quite attracted to each other on their first meeting. They were also quite excited to start their journey together and looked forward to what life had in store. However, the road ahead was beset with obstacles, making fans wonder if the couple has managed to stand the test of time. Well, let’s find out, shall we?

Surprisingly, both Olajuwon and Katina had an affinity for partying and never thought seriously about settling down. Olajuwon mentioned that he used to be a playboy and did not have a lot of serious relationships. On the other hand, Katina wanted to date someone exclusively but was never lucky in love. Thus, putting their faith in ‘MAFS,’ the two signed up for the show and were matched with each other. Although they were both interested to see what the experts had in store for them, Katina developed cold feet on her wedding day. 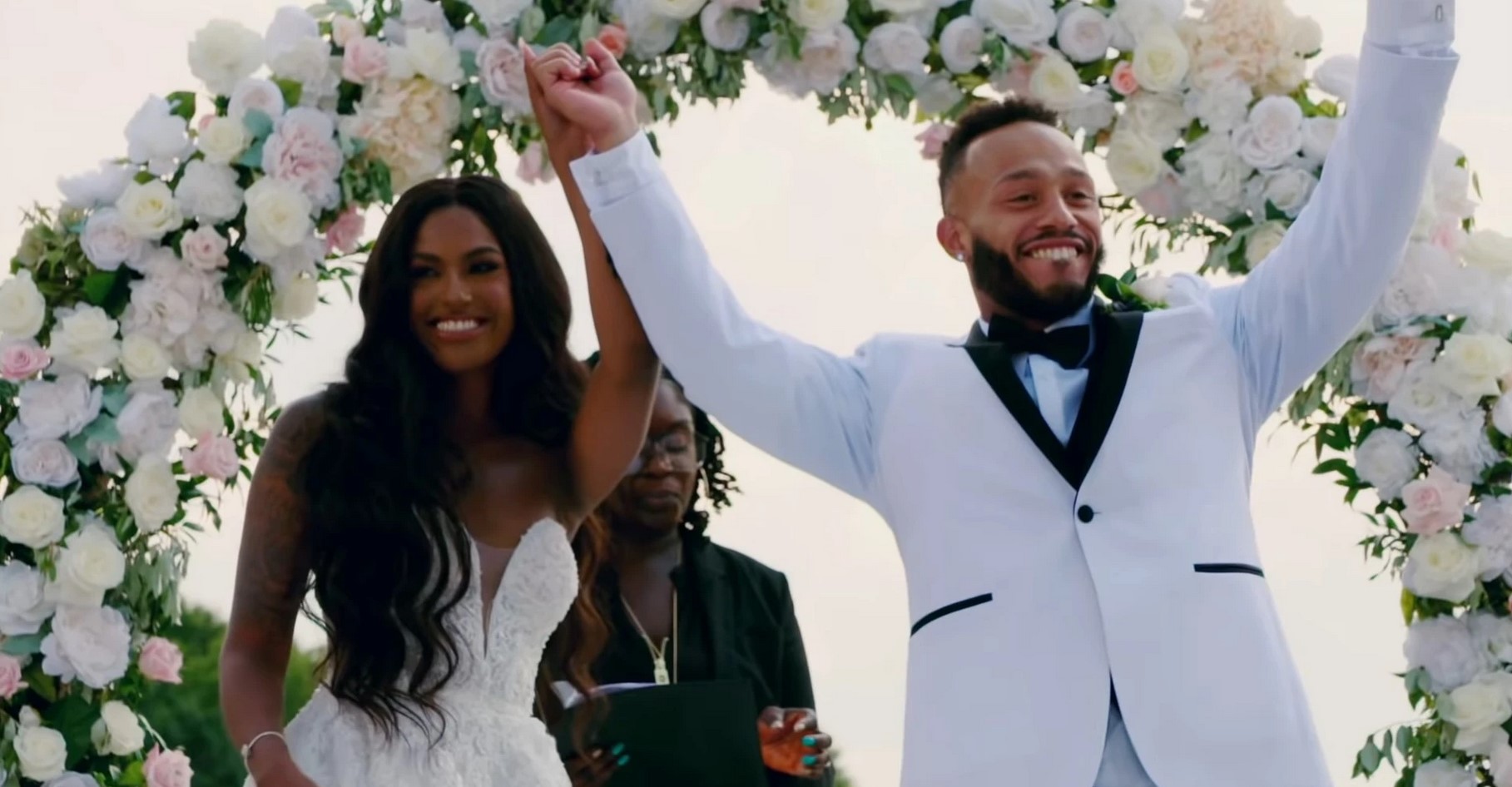 Nevertheless, Katina soon put her issues to the side and decided to go with the flow. As for Olajuwon, he appeared quite enthusiastic and kept thanking the experts for matching him with someone as stunning as Katina. However, the overwhelming compliments were a little too much for Katina’s liking, but she was thankful for getting a husband with whom she could hold a conversation. Moreover, Olajuwon won his wife’s heart by going down on one knee during the ceremony.

Later, Olajuwon tried to initiate intimacy right after the ceremony, but Katina did not seem to reciprocate. Nevertheless, the couple got quite comfortable with each other while dancing and were happy to learn of their mutual love for traveling. However, the relationship soured in the days that followed as Olajuwon did not seem supportive of his wife’s ambitions. Once he got to know that Katina was pursuing a degree that would take around four to five years to complete, he grew increasingly concerned if she would be able to have kids while studying.

On the other hand, Olajuwon even expected her to cook and clean every single day and wondered if she would be able to balance her household chores and studies at the same time. In addition, Olajuwon was concerned that Katina’s ambitions might come in the way of his travel plans. But unlike some other couples on the show, Olajuwon was open about his issues and discussed them with a friend as well as his wife.

Naturally, Katina was quite disappointed with Olajuwon’s mindset, although she decided to hang on and make their relationship work. She hoped her husband would come around and stated that she would find it quite hard to go back to dating if the ‘MAFS’ experiment ended up being a failure. Much to the delight of fans, Katina’s prayers were answered as Olajuwon decided to stay married on Decision Day. He also claimed that he had realized his mistakes and apologized for the way he treated his wife. So, where did that leave the two? Did they get past their issues?

Are Katina and Olajuwon Still Married?

After deciding to stay married on Decision Day, Katina and Olajuwon attended the season reunion together, confirming that they were making their marriage work. Moreover, Olajuwon went the extra mile by apologizing to his wife on national television and said, “I live by one thing: work hard today, focus on tomorrow and the rest is history. You embody that. You taught me patience and effort is the key to a happy life and a happy marriage. Katina, I couldn’t be any happier to call you my wife, and I mean that.” 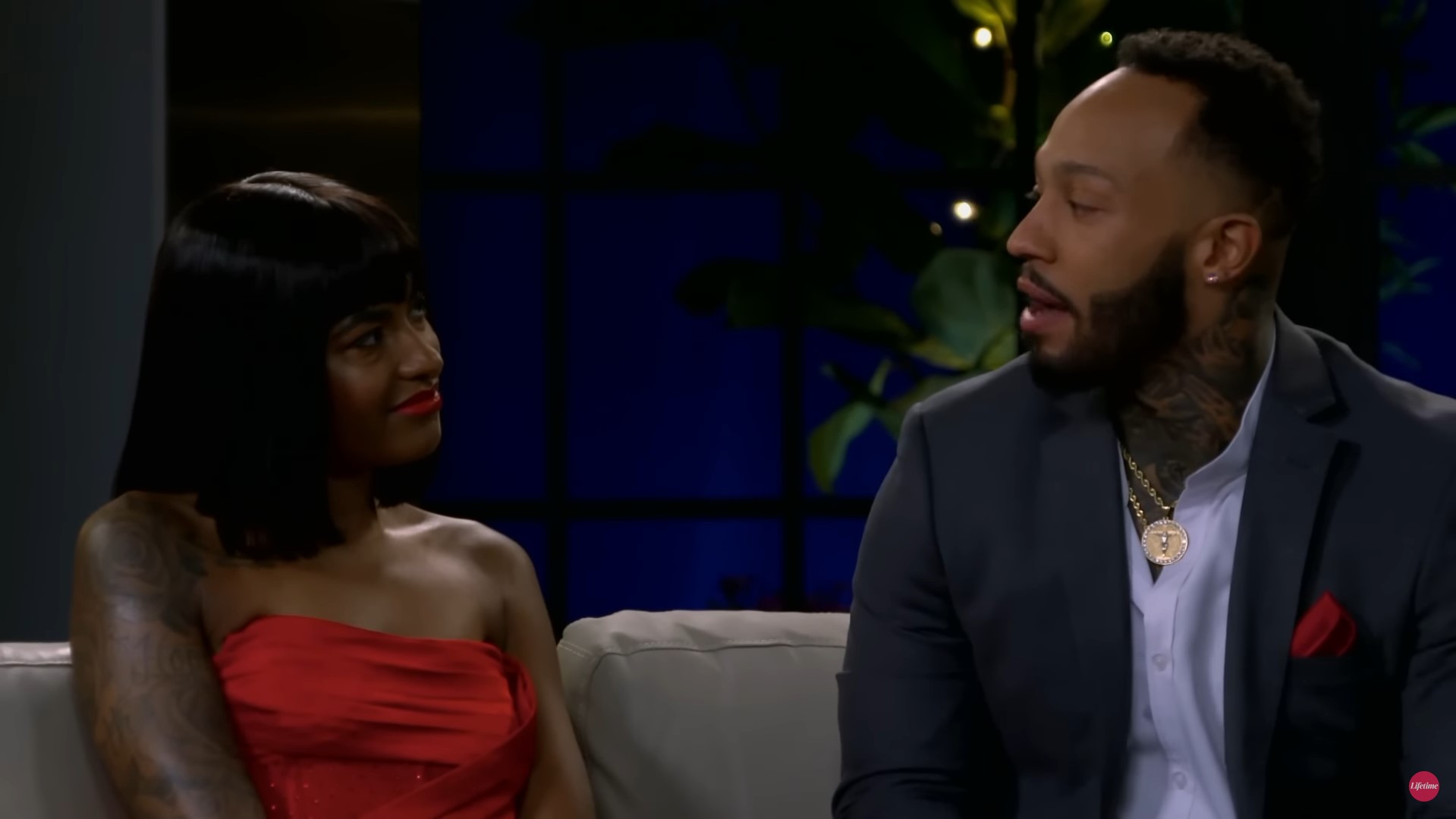 Katina was extremely touched by Olajuwon’s words and teared up with joy when he went down on one knee and presented her with a ring. At present, the reality stars seem to have embraced privacy and kept their relationship status under wraps. However, taking into consideration how happy they were to be with each other at the season reunion, we believe that the pair are still going strong. The love Olajuwon and Katina share is genuinely heartwarming, and we wish them all the happiness in the years to come.

Read More: Are Mark and Lindsey From Married At First Sight Season 14 Still Together?