Are Kaz Kamwi and Tyler Cruickshank From Love Island Still Together?

‘Love Island‘ tasks a group of singles to stay in a villa on an island for a few weeks with no contact with the outside world. However, the deal is that each single must be coupled up with someone to survive in the competition. Periodic recoupling, along with exciting challenges and public votes, decides who gets eliminated from the dating show.

Kaz Kamwi and Tyler Cruickshank found each other while on season 7 of ‘Love Island.’ Although their relationship hit a speed bump in the middle, the couple surprised everyone by getting back in the groove and ending the season on a high note. As the season has come to a close, fans have been eager to know more about Kaz and Tyler’s current relationship status. Well, we have the latest updates for you!

Kaz, a contestant from day 1, struggled to find a connection during her initial pairings. She chose Toby Aromolaran for her first two couplings before moving on to Aaron Francis. However, once Tyler entered the villa on day 23, they hit it off almost immediately. Unsurprisingly, Kaz and Tyler chose to couple up on day 25, after just two days of knowing each other. It seems that the Casa Amor event brought with it a boatload of trouble for almost all the couples on the island. 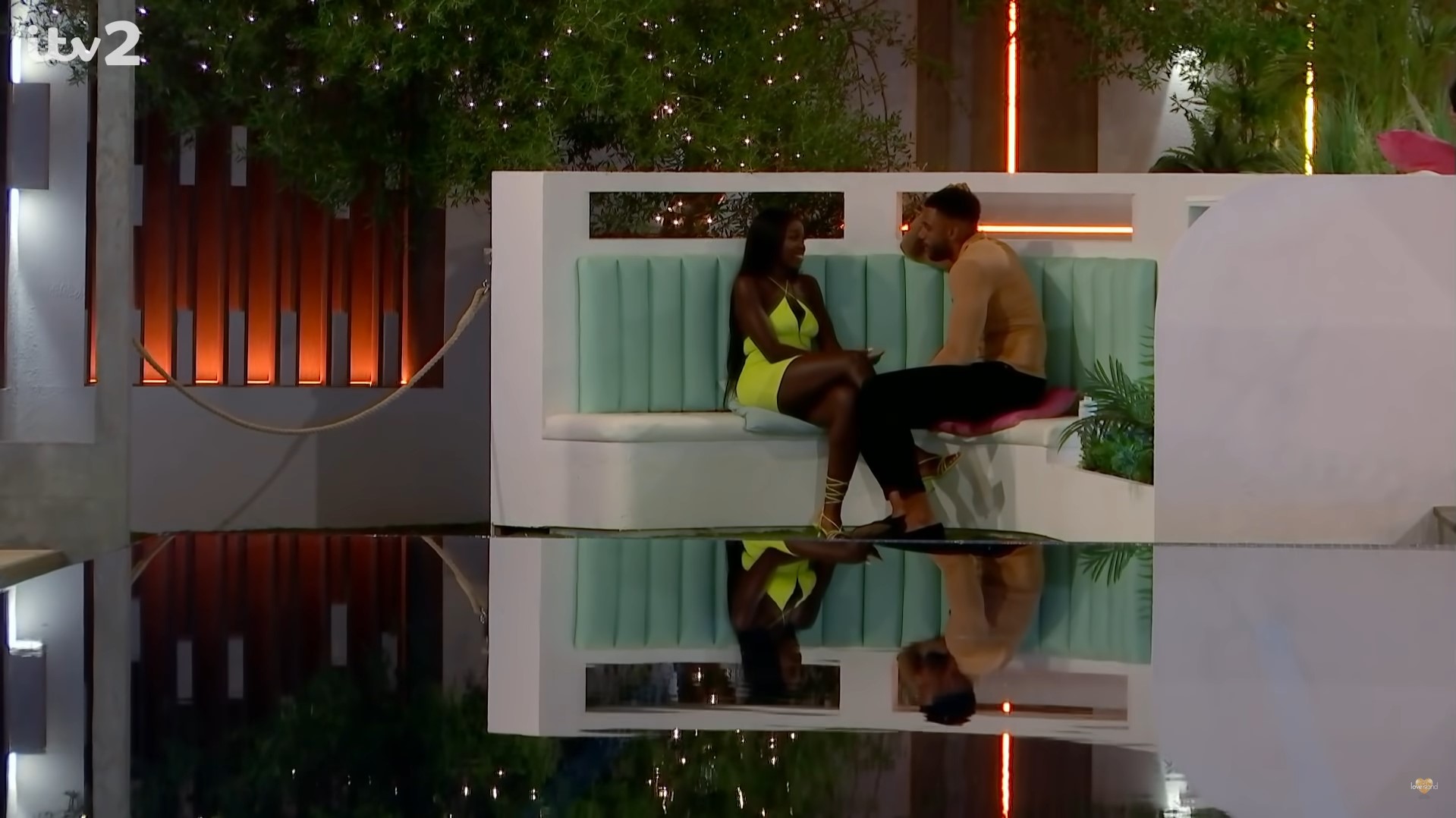 As expected, things started looking different for Kaz and Tyler as well, as each of them showed interest in new islanders. Matthew MacNabb caught Kaz’s attention, and she was ready to dump Tyler in order to be with him. At the same time, Tyler was taken up with newcomer Clarisse Juliette, and the two decided to couple up and give their relationship a try. Kaz and Tyler stuck to their new partners for the subsequent pairing as well, and the shippers of “Kyler” began feeling that all hope was lost.

However, in a strange turn of events, Kaz and Tyler realized that they were meant to be with each other. Thus, in a move no one saw coming, Kaz and Tyler officially recoupled on day 45 of the competition and remained together till the finale. With that, they also became the first black couple to reach a season finale for the UK iteration of the show. Kaz and Tyler finished season 7 in fourth place, but the fans want to know where the couple stands now that the season has wrapped up.

Are Kaz and Tyler Still Together?

Yes, Kaz Kamwi and Tyler Cruickshank are very much together. Ever since the couple found their way back to each other, post the whole Casa Amor phase, they have shown unparalleled dedication and commitment towards their relationship. They ended their journey on the show as being “exclusive” but had not officially started dating at the time. After filming wrapped up, Kaz and Tyler had to self-quarantine, and the lovebirds kept in touch via video calls. They even kept their fans updated and shared some beautiful moments on social media.

During the reunion episode of season 7, Kaz and Tyler decided to make their relationship official. In a beautiful and adorable gesture, Tyler asked Kaz to be his girlfriend in the presence of their friends, family, and fellow castmates. Kaz was only too happy to accept, and we got to witness a moment of tenderness between them. Subsequently, social media erupted with “Kyler” fans expressing their happiness and excitement over the news.

Kaz and Tyler were also spotted together at Liberty Poole’s birthday party on September 6, 2021. At present, the happy couple seems to be enjoying their time together and posted an adorable picture from a recent bowling date they went on. Additionally, they have also carried out live-streaming sessions together on Instagram. Therefore, as of today, the lovely couple is on cloud nine, and nothing makes us happier.

Read More: Are Faye Winter and Teddy Soares From Love Island Still Together?