Are Keith Bynum and Evan Thomas From Bargain Block Still Together? 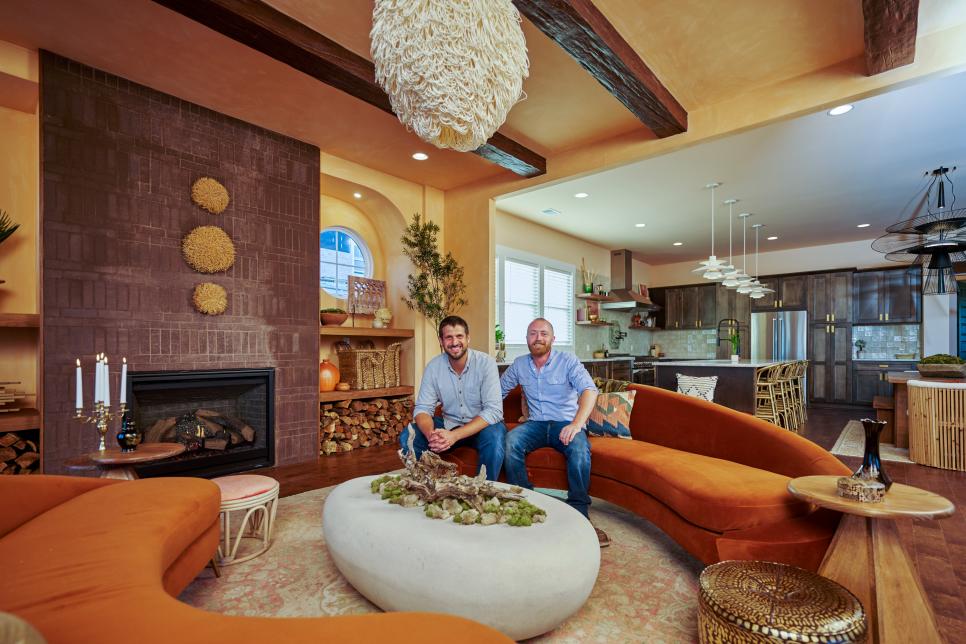 HGTV’s ‘Bargain Block’ is a home renovation series that follows designer Keith Bynum and builder and carpenter Evan Thomas as they work their magic on several dilapidated properties within the city of Detroit and transform them into affordable and stylish homes. With their awe-inspiring skills, the duo turns the houses into stunning abodes that are the perfect fit for first-time homeowners. The renovated homes are truly a sight to behold, making it hard to believe they were once rundown and abandoned.

Keith and Evan’s on-screen chemistry can be attributed to their relationship. It certainly makes the banter between the two quite entertaining. However, many of their fans are curious to know what the talented pair is up to these days. How long have they been together, and are they still in a relationship? Well, here’s what we know about the same.

Keith Bynum hails from Texas, while Evan Thomas grew up in South Dakota. The two met while they were living in Colorado when Evan was in graduate school. Thanks to an online dating service, the two found each other in 2013 and have been together ever since. The two made the state their home and lived there until 2017 when they moved to Detroit for better career opportunities and cheaper properties. “I had a friend that had come out to Detroit in 2016, and he bought and renovated two homes, and he had a good amount of success when he sold them. So that really put it on the radar for me,” Keith told Estatenvy.

The move was a big decision and came with many pros and cons. “Neither of us had ever been to Michigan before we moved here,” Keith shared with Pride Source. “Detroit kind of has, you know, a little bit of a reputation, and so when we moved here, we were a little scared. But almost immediately we realized how amazing Detroit is, and how kind and loving.” As for Keith and Evan’s HGTV appearance, ‘Bargain Block’ is not the first time that Keith has been a part of one of the network’s shows.

“Back when we lived in Colorado, a friend asked Keith if he wanted to build a tiny house for a casting call she found online. Keith thought it sounded fun, so they ended up building one for an episode of ‘Tiny Paradise’ on HGTV,” Evan shared. Thanks to his appearance in season 1, episode 6 of ‘Tiny Paradise,’ titled ‘Tiny House, Mountain Vistas,’ Keith came under the notice of several production companies. One of the companies asked the pair in 2018 to self-produce a sizzle reel, which could be pitched to HGTV.

Though Keith and Evan were initially unsure if going on TV was the best route, they gave it a shot and were picked up for a pilot in 2019. After it was filmed and sent to HGTV, the network ordered a whole season of ‘Bargain Block,’ which they started filming after six months. Each house was designed by Keith, keeping a particular theme in mind, while Evan worked equally hard to turn the vision into reality.

According to Keith, working in such close quarters proved great for him and Evan. “This has been one of the best experiences because you really get to know somebody in this type of environment. It’s about finding a respectful balance,” the designer shared. “A lot of people have told us that it would be a struggle to work with their partner and essentially be around them 24 hours a day,” Evan added. “We joke about being worried we have become co-dependent being around each other so much, but overall it’s a great relationship and we are very fortunate.”

Fans of the show cannot praise Keith and Evan’s work enough. Over the years, the two have made several prospective homeowners in Detroit quite happy. However, many are curious about how the renovators are doing off-screen. Is the pair still going strong, and what are they up to these days? Well, here’s what we know about the same.

Are Keith Bynum and Evan Thomas Still Together?

Yes, Keith and Evan are still together and going strong. The pair got engaged in March 2017. Their only complaint regarding their relationship might be that they have not yet found the time to get hitched. On the occasion of the 5th anniversary of their engagement, Keith shared an adorable picture of himself and Evan, along with a heartwarming caption that read: “5 years ago today we got engaged but we’ve been too damn busy to actually get married.”

The couple does not seem to have any children. However, they are proud parents to a sweet dog named Belle, who often features on the social media profiles of the pair. Keith and Evan love to showcase moments from their personal as well as professional lives with their fans. We wish them the best in their lives ahead and hope they get everything they desire in the future.