Are Kody And Robyn From Sister Wives Still Together?

TLC’s ‘Sister Wives’ is a reality series that revolves around the polygamous marriage of Kody Brown and his four wives. The show first aired in 2010 and introduced the general public to the idea of polygamy and how the Browns adhered to the concept while maintaining legal boundaries. Legally, Kody is only married to one of his wives at any given time, though he is spiritually married to his other wives.

As expected, the unusual family dynamics lead to several dramatic and captivating moments that viewers can’t get enough of. One of the most significant relationships in the show is between Kody and Robyn Brown. Fans are curious just how the two got together and if they are still with each other after so long. Luckily, we have just the answers you need!

When Kody met Robyn for the first time, he was already married to his three other wives, Meri, Janelle, and Christine Brown. Initially, he had not been very receptive to marrying Robyn. “She looked like a soccer mom,” he shared on the show. “She had a van, three kids, and was divorced. I thought, ‘I didn’t need a van, a divorced woman, and three kids in my life — that’s just trouble.’” Robyn had previously been married to David Jessop, whom she divorced in 2007, and has three children, David, Aurora, and Breanna, with him. 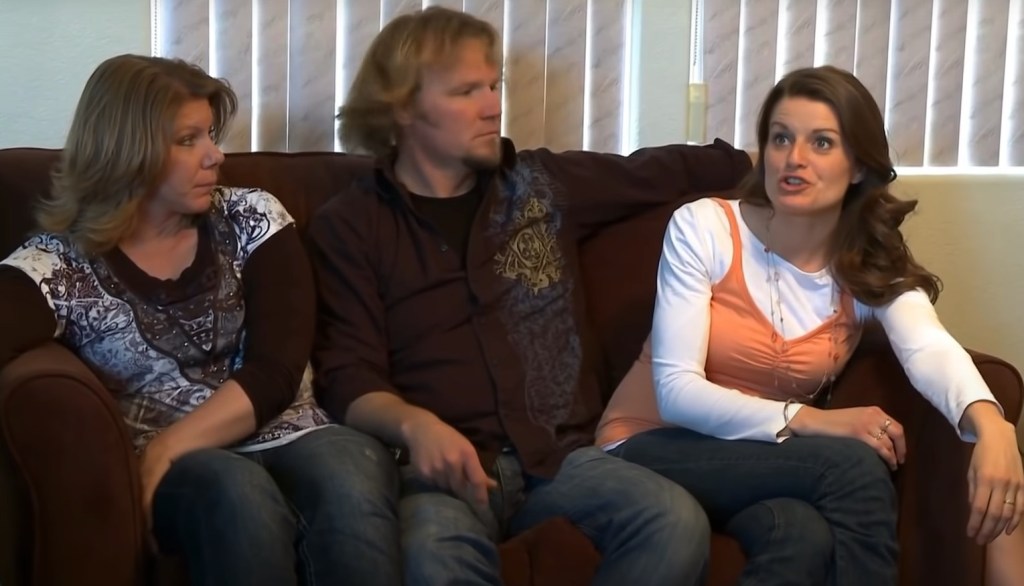 Kody and Meri met Robyn during an event thrown together by the latter’s cousin. The start of the TLC series shows his courting process as he and Robyn build their relationship, culminating in a spiritual marriage between the couple in May 2010. At the time, Kody was legally married to his first wife, Meri, and spiritually bonded with Janelle and Christine. The whole family soon moved to Las Vegas, Nevada, and Robyn gave birth to her and Kody’s first child- a son named Solomon, in October 2011.

Unlike his previous marriages, Kody’s relationship with Robyn caused significant stress in the family, with the other three sister wives not being pleased with his apparent partiality towards her. Janelle, the only full-time earning member in the family apart from Kody, was stressed about the family’s financial situation with the addition of four new members in the family with Robyn’s arrival. She was even less thrilled about the 11-day honeymoon the new couple had embarked upon during a less-than-ideal financial situation.

In December 2014, Kody legally divorced Meri to make Robyn his wife, according to the law, while spiritually married to his first three wives. This was done so that he could legally adopt Robyn’s three oldest children, but it certainly did not sit well with certain members of the Brown family and their fans. On January 10, 2016, Kody and Robyn welcomed their daughter, Ariella, into the world.

The Brown family soon moved to Flagstaff, Arizona, resulting in each wife living in a separate house. This was unlike their previous living arrangement when the whole family lived under the same roof. When the Covid-19 pandemic hit the world, Kody established his own set of rules to be safe from the virus. Albeit, his guidelines caused a lot of tension in the family, especially during Thanksgiving. Did Kody and Robyn survive the ups and downs of their marriage, or have they drifted apart? Well, here’s what we know about the same!

Are Kody And Robyn Still Together?

Yes, Kody and Robyn are still together, both legally and spiritually. The couple was seen in the seventeenth iteration of the show, where they were not just in a relationship but also shown trying to navigate the departure of one of their partners. Christine recently stepped out of her polygamous marriage with Kody, claiming she had outgrown the polygamous lifestyle. Despite cherishing the time that she spent in the marriage, she swore to remain monogamous from that point on.

Robyn seemingly felt guilty about Christine’s split from the family and was quite hurt by the decision. Nevertheless, as many have pointed out, there were many changes in the established dynamics of the Brown family during the pandemic. During the pandemic, Kody spent most of his time with Robyn instead of splitting his time equally between his multiple wives. His marriage seemed more monogamous with Robyn, which ruffled many feathers.

Kody and Robyn recently bought Christine’s portion of the family property in Flagstaff for $10. While the former is disheartened about his split with his third wife, he has assured everyone that the two plan on remaining “committed parents” to their shared kids. We wish them all the best in their lives and hope they have a wonderful future ahead.