Are La La Anthony and Carmelo Anthony Still Together? 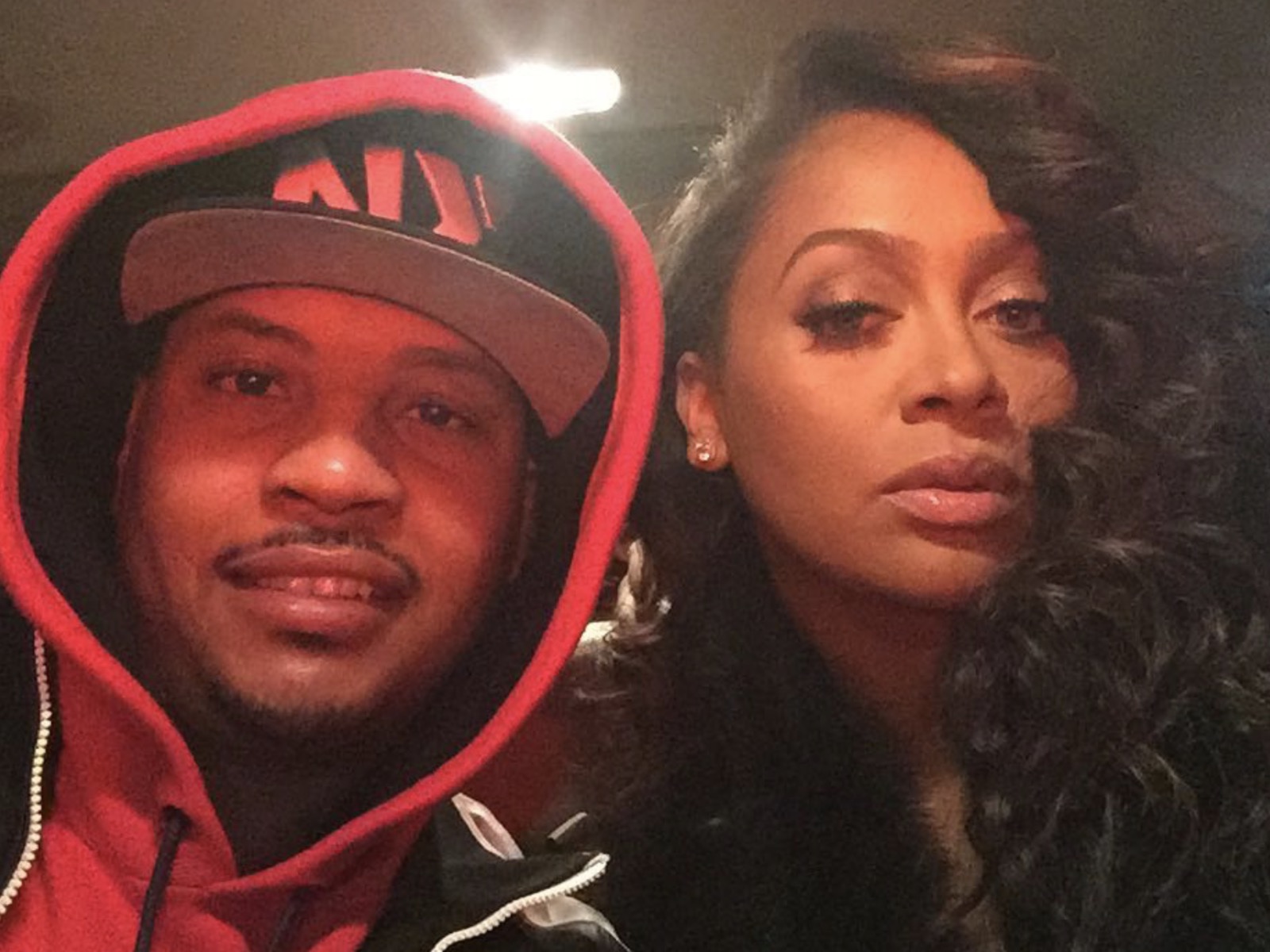 Most people fall in love and begin their lives with the window of quitting open if things got rough. If unhappy, they part ways without much hassle. But sometimes, even after years of being in a tumultuous relationship, some couples do not lose hope for a better future that they intend to build together. La La Anthony and her husband, Carmelo, belong to the latter category, and those around them could not be prouder! He is a professional basketball player, and she is a famous television personality, entrepreneur, producer, and actress. For almost two decades, those who have been rooting for them are anxious to know whether the two succeeded in making it work or have given up like many others?

La La and Carmelo: Journey Together

Carmelo Kyam Anthony and Alani Nicole “La La” Vazquez crossed paths shortly after the former had played as a freshman at Syracuse University and won a National Championship for his college. In 2003, the latter had only started to gain popularity in her burgeoning career as a VJ on MTV’s ‘Total Request Live.’ The same year, they both felt an instant connection and started dating each other. On the Christmas of the following year (2004), the NBA star surprised his beau, who was still 19 at the time, by popping the question, and she wholeheartedly said Yes!

La La and Carmelo meant the promises they made to each other and happily welcomed their only child, Kiyan Carmelo Anthony, on March 7, 2007. After a five-and-a-half-year engagement and over three years of blissful parenthood, the Anthonys shared their wedding vows on July 10, 2010. Their nuptials were documented for VH1’s reality series, ‘La La’s Full Court Wedding,’ closely followed by ‘La La’s Full Court Life’ that exhibits the many changes in their professional and personal lives after marriage. 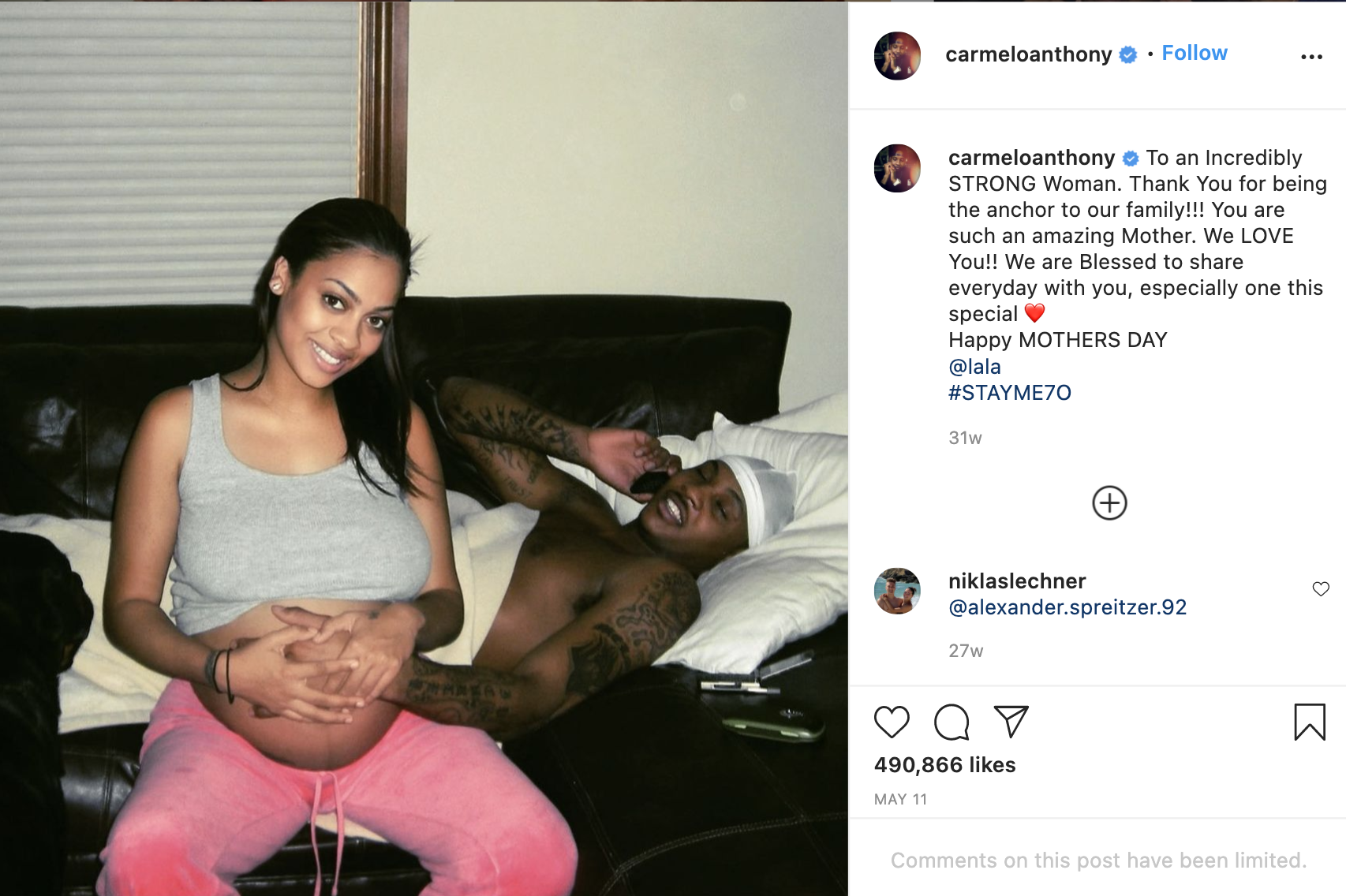 Unfortunately, La La and Carmelo’s mushy love story and picture-perfect lives are not the whole truth as the two have faced the rockiest of times during the span of their union. In 2012, an anonymous 19-year-old woman publicly bashed the NBA player for carrying on a relationship with her for over two-months. Three years later (2015), the ‘Beverly Hills, 90210’ alum was accused of cheating on her husband with a rapper, Maino, by his girlfriend. 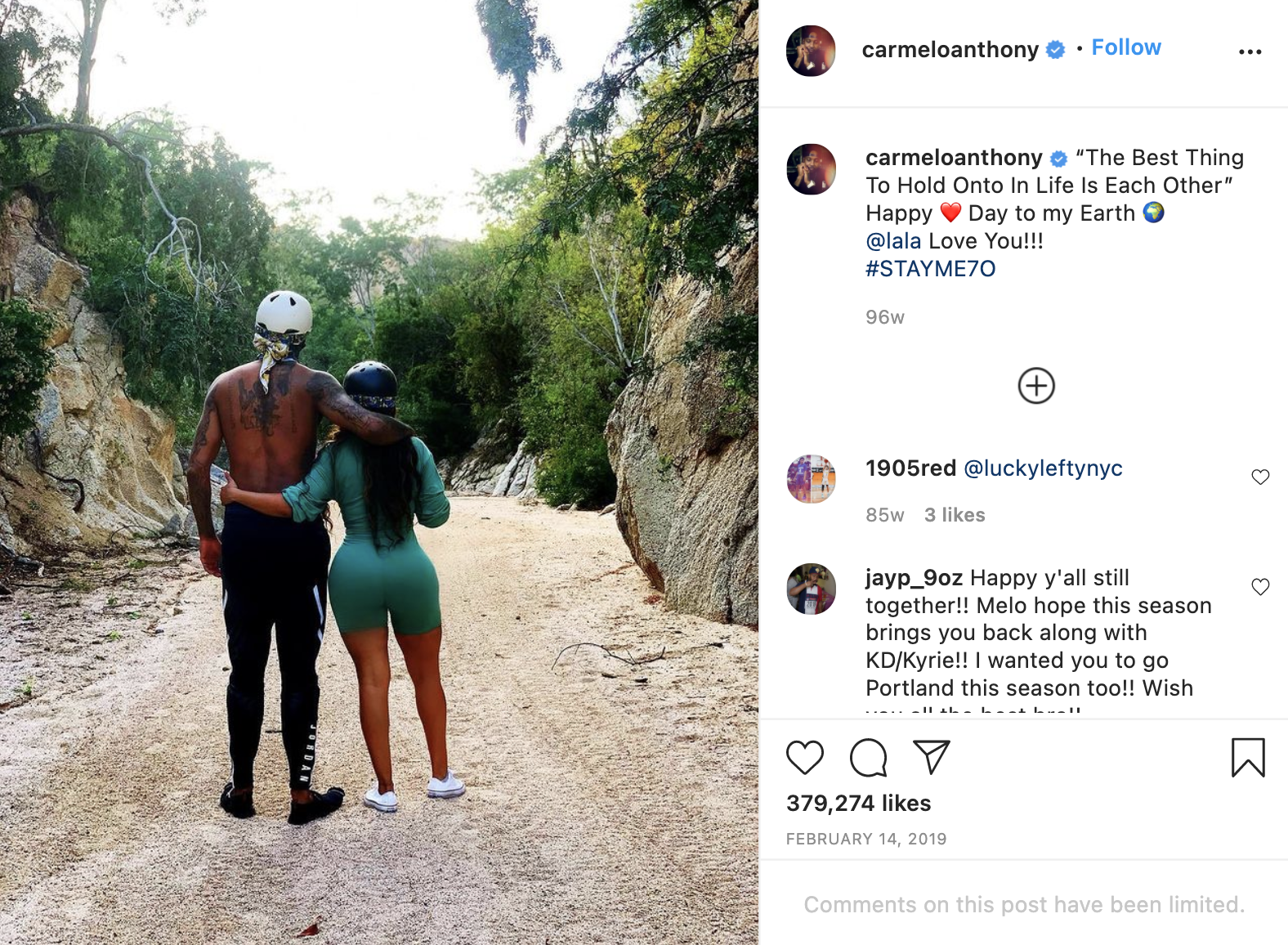 The couple responded to the frequently occurring infidelity rumors by rapping to Nicki Minaj and Meek Mill’s song, “All Eyes On You.” But what followed next could neither be dodged nor brushed under the carpet! Famously called New York’s “first couple,” La La and Carmelo faced fresh hell in April 2017 when TMZ reported a stripper’s accusation that the basketball player had impregnated her. The internet got swamped with rumors that 24-year-old Mia Angel Burks was pregnant with his baby.

La La made an appearance on ‘The Wendy Williams Show’ in June 2017, where she confirmed that she and her husband lived separately without yet filing for the divorce. But their well-wishers felt despondent looking at the mess around the couple and hardly believed that their relationship could survive the blow. So are they still together?

Are La La and Carmelo Still Together?

Fortunately, the worst fears of La La and Carmelo’s fans did not materialize as they were seen adorably making out on a yacht in NYC in October 2018. The duo was in attendance for the launch of a grooming line Lumiere de Vie Hommes. They marked their official reconcilement on December 17, 2018, as the couple hosted the 3rd Annual Winter Wonderland Holiday Charity Event in NYC. But it seems like this was only the start of their on-again, off-again marriage. 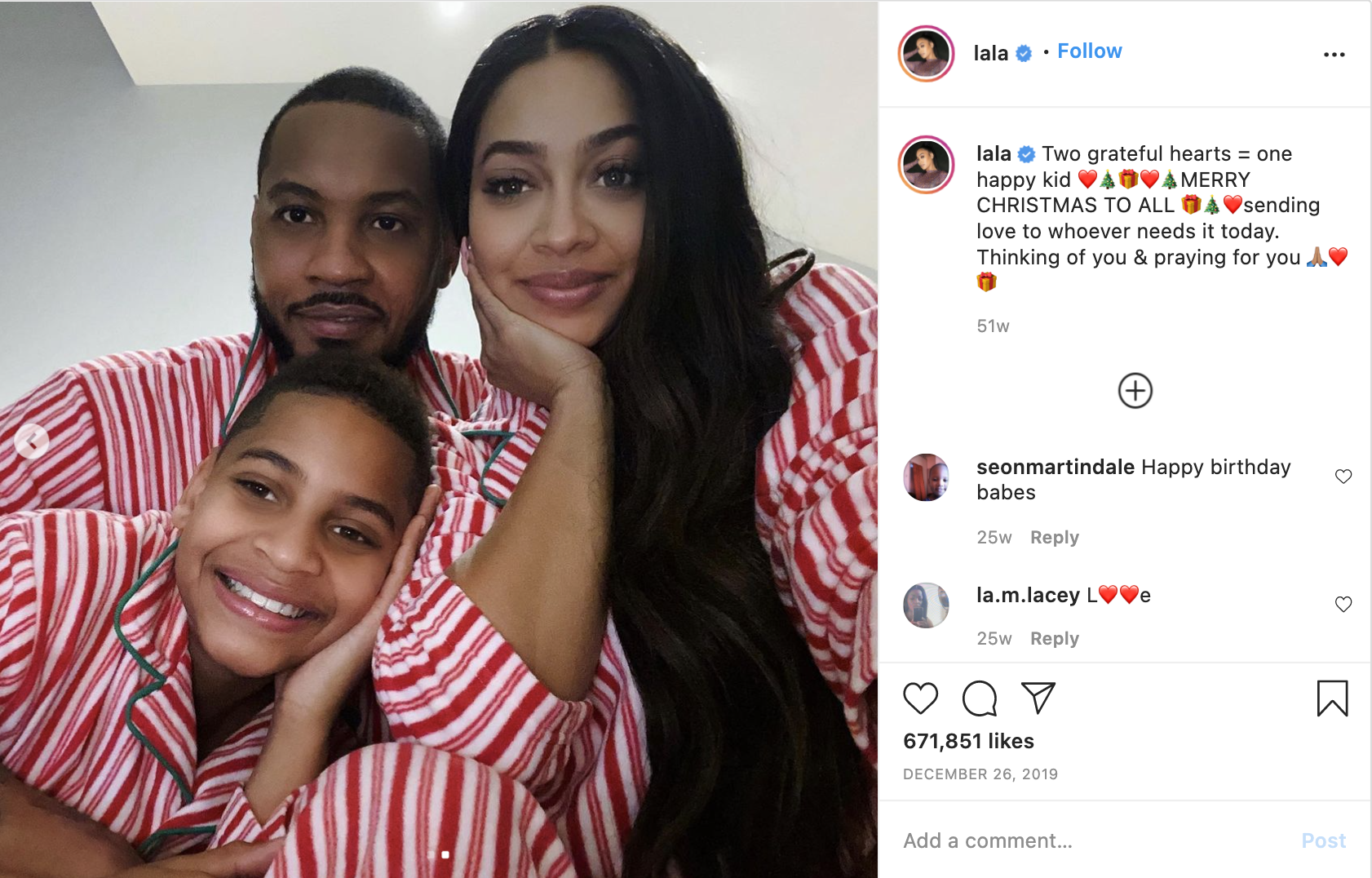 Tittle-tattle about many more infidelities have been alleged from both sides, but La La, as well as Carmelo, have continued to deny them. They have maintained their close bond despite living apart and do not hesitate to exchange wishes on birthdays and other such special occasions on their respective social media accounts. La La and Carmelo have always remained consistent on their stance that their mutual respect would never die even amidst a million differences.

This alone brings them back to each other time and again, and we are elated to confirm that La La and Carmelo happily spent the quarantine under the same roof with their son, as revealed in an April 2020 interview. This might not hint at the fact that they have been able to repair their relationship well enough to rekindle their romance.

Nonetheless, this surely means that as parents, they are and will always be one unit, acting in their child’s best interest. La La candidly admitted to People in late July 2020, “When you’re in this world, you don’t get to pick and choose what you go through. I just push through and stay positive and always remind myself that it could be worse, like, I’m living my dream and I’m really happy where I’m at in life right now.”