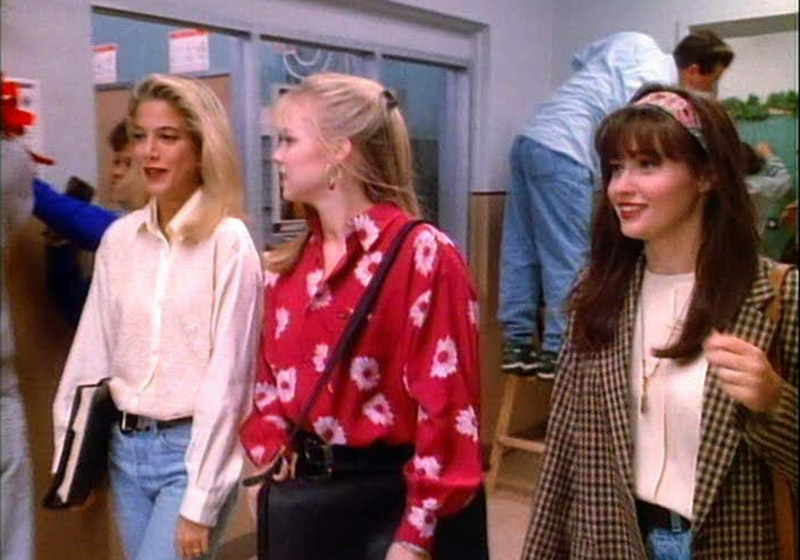 ‘Beverly Hills 90210‘ isn’t just a regular teenage television series. It is a phenomenon. The 1990 show’s success has turned it into a television franchise with as many as six television shows under it. The number “90210” in the title is a reference to one of the zip codes of Beverly Hills, California, because the series is primarily set there.

The show revolves around a group of friends in their teens, living in the upscale and posh community of Beverly Hills, California. The series begins with the twins, Brandon and Brenda, shifting from Minneapolis to Beverly Hills. The series tackles several complex issues such as rape, substance abuse, homophobia, animal rights, eating disorders, and domestic violence. The eventual success of the show led its stars to become teen idols at the time. However, the show started with poor ratings in its first season.

Where Was Beverly Hills 90210 Filmed?

“Beverly Hill 90210′ was entirely filmed in the state of California. Various places within the state itself were used to shoot different places set in Beverly Hills. That is how the teen show manages to portray Beverly Hills authentically.

To begin with, most interior scenes are filmed in a warehouse complex in Van Nuys, California. To be more specific, this warehouse block is located on Calvert Street. The characters of the show are shown going to the fictional West Beverly Hills high school. Scenes set in the school are actually filmed at Notre Dame High School, which is located on 13654 Riverside Drive in Sherman Oaks, California. According to a few sources, scenes set in the school were also filmed at Torrance High School on 2200 W. Carson Street Torrance.

What an insanely cool night!! Got to join the cast of Beverly Hills 90210 as they traveled back to Torrance High School (West Beverly) for the first time since the show wrapped almost 20 years ago. Check out my spur-of-the-moment exclusive interview below. pic.twitter.com/onaESEW9z5

Next, scenes set in the Brenda and Brandon’s house were filmed in Brentwood, for the pilot. However, after that, the filming location was changed to Altadena. Additionally, scenes set in the Peach Pit were also filmed at two different locations. Earlier, the filming location was Pico Boulevard in Los Angeles, and then it was changed to Rose City Diner in Pasadena.

Steven Sander’s house was filmed on 16711 Bosque Drive, Encino, while Kelly Taylor’s house was shot on 3959 Longridge Avenue in Sherman Oaks. Dylan McKay’s house was also filmed in Altadena. Next, Steve and Janet’s wedding was filmed at The Huntington Library, Art Collections, and Botanical Gardens in San Marino.

Living near Occidental College has put my #BeverlyHills90210 obsession into overdrive. pic.twitter.com/zkAeg2laEv