Are Millie and Liam From Love Island Still Together?

‘Love Island‘ is a British dating show that brings the contestants to a villa on an isolated island where they have no contact with the outside world. The participants must choose a companion on the very first day based on first impressions. As the season proceeds, the contestants can recouple based on their chemistry with their current partner and other Islanders. Anyone who remains single as the couples are shuffled is sent home. The competitors must maintain a good relationship with other Islanders and be relevant enough to the public to save themselves from the elimination.

The last couple that remains standing after multiple rounds of voting receives £50,000. One of the most beloved couples in season 7 of the show was Millie Court and Liam Reardon. Within the first few days of the seventh iteration, the couple had formed a strong bond and became the fan favorites, only to emerge as the winners on the final day. Now that the two are away from the limelight, many are curious about their current status. Has their relationship survived away from the isolated island? Well, here’s all you need to know!

Liam Reardon started his journey on ‘Love Island’ by entering on Day 4 at the age of 21. Before season 7, the Bricklayer from Merthyr Tydfil, Wales, had been offered a place on the show twice. “I was actually supposed to go on there when I was 19, so a few years ago now,” Liam told WalesOnline in a Facebook live stream. “I didn’t end up going on there, then I was supposed to go on the winter one, and I chose not to go on that one.” After entering the show, Faye Winter picked Liam to couple with on Day 5. 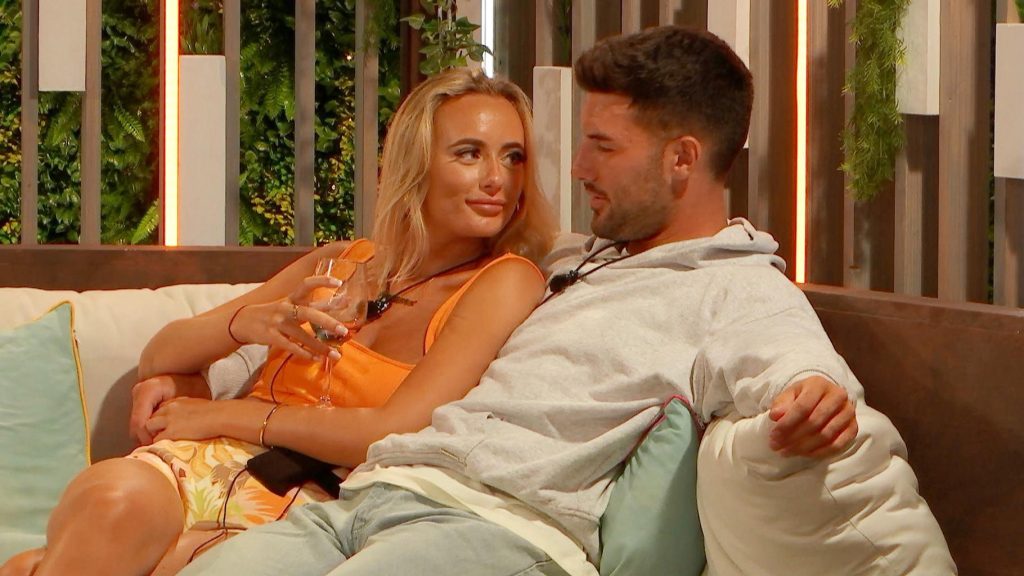 Day 9 saw then-24-year-old Fashion Buyer’s Administrator Millie Court and Lucinda Strafford make their way on the island. Even before entering the show, Millie had her eyes set on Liam, who she claimed was just her type. From their very first date, Liam and Millie formed a special connection and coupled up on Day 14. Their bond only strengthened as the season progressed, with a large portion of the audience rooting for the two.

Millie and Liam did go through a turbulent phase when Liam was sent to Casa Amor. Millie had given Liam her beloved Sagittarius necklace as a keepsake during their time apart. However, in the secret villa, Liam was seen cozying up with new contestant Lillie Haynes. While Millie spent her time in Faye’s bed wearing Liam’s hoodie, the man in question was in bed with another girl. The situation definitely sparked a lot of outrage on Millie’s behalf. Given the almost perfect relationship the two had up to that point, viewers were left baffled by Liam’s actions.

After returning from Casa Amor, Liam went back to Millie with the Sagittarius necklace in hand. But, the drama was far from over as the remaining women from Casa Amor, including Lillie, were invited by host Laura Whitmore into the main villa. Lillie did not hesitate to spill the beans. The contestant admitted that she felt she had formed a special connection with Liam and believed he reciprocated the feelings. Apparently, her elimination from the show came as a shock to the South Shields resident.

The revelation shocked the Essex native to the core, who then called off her relationship with Liam and was determined not to choose him during the next recoupling. However, the two worked out their differences and were back together. Though the decision definitely raised some mixed feelings within the viewers, the couple soon reclaimed their spot as the frontrunners. On their last date, Liam even confessed to being in love with Millie for the world to see.

Millie and Liam’s strong bond, despite the hiccup, allowed the two to become the winners of season 7 of ‘Love Island.’ In fact, a whopping 42.02% of the total votes were cast in favor of the winning couple, followed by Chloe Burrows and Toby Aromolaran at 30.85%. With their victory, Millie and Liam made history as they were the first pair who had not been a part of the season since Day 1 to claim the first position. After they returned to the real world, several questions were raised about Millie and Liam’s status as a couple. Are they still together, or have they split apart following their stint on the dating show?

Are Millie Court and Liam Reardon Still Together?

Yes, Millie Court and Liam Reardon are still together. Since their time on ‘Love Island,’ the couple has gone on several trips together, including Maldives and Paris. Both Millie and Liam seem to be thriving on professional and personal fronts, with Millie signing a deal with ASOS in late 2021. After spending several months in a long-distance relationship, the couple moved into a home of their own in November 2021. For £1million, they bought an apartment in a converted Elizabethan mansion with four bedrooms, three bathrooms, and a sauna. Located in Essex, the three-storey property provides them with a panoramic view of the countryside.

Around February 2022, some fans began speculating whether the two were still together. The rumors started because they had not posted pictures with each other for a while. However, the reality stars refuted the claims and stated they had not separated. In an Instagram QnA in late May 2022, Millie responded to a fan’s question about her and Liam by writing, “We’re good thank you☺️I know recently there’s been a lot of speculation but we both just don’t feel the need to plaster our lives on social media 24/7.” We hope their bond remains strong and they find all the success and happiness they are looking forward to.

Read More: Are Kaz Kamwi and Tyler Cruickshank From Love Island Still Together?