Are Mitch And Phoebe From Love Island Australia Still Together? 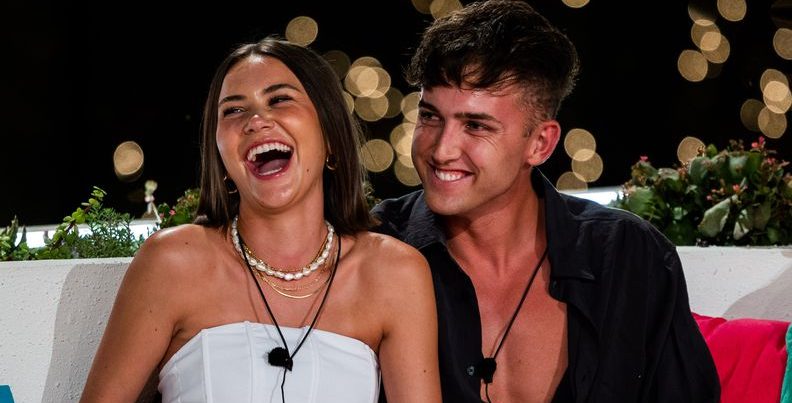 ‘Love Island Australia’ season 4 did not hold back when it came to adding interesting personalities and unadulterated drama they produced throughout the show. We had multiple bombshells and a former winning couple, Mitch and Tina, returning for a second round. Mitchell Eliot and Phoebe Spiller were a dreamy pair that the fans rooted for, and they ended up in the top 3 finalists.

Though Mitchell and Phoebe’s journey was topsy-turvy, the couple seemed oh so in love! Now, after the season finale, when everything has settled down, the audience is eager to know the status of their relationship. So here’s every zesty detail you need regarding the relationship status of the two love birds!

Mitchell Eliot was a personal trainer to three women before entering ‘Love Island Australia.’ Back then, he had recently moved to Sydney, Australia, from Auckland, New Zealand, and can be described as a bit of a prankster with a soft heart. He admitted that he got heartbroken once in a serious relationship and has only had casual flings since then. On the other hand, Phoebe grew up on a farm in Victoria but later settled in Sydney. She worked at a boutique while studying fashion, aspiring to break into the industry and make a big name for herself. 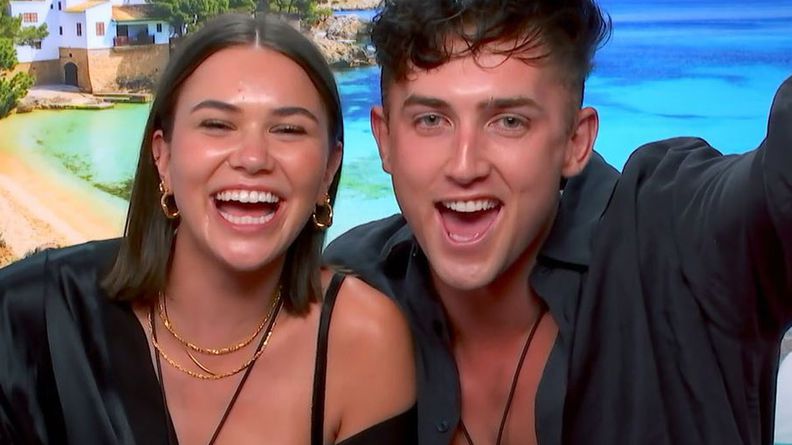 Phoebe revealed that her usual type was a blonde-hair footballer (she dated many of those), but she was ready to try something new in the villa. Which she did, by getting together with Mitchell. The two had been together since day one of season 4. Like any other relationship, they had a few hiccups, like the time when Phoebe was attracted to a bombshell who was also named Mitch (season 3 winner). However, their biggest fight has to be the one where Mitch let another girl unbutton his pants for a Truth or Dare game and seemingly hurt Phoebe’s feelings.

Even through all the drama, Mitch and Phoebe still found strength and became official on the show itself. They confessed their love to each other and had an intimate moment during their Declaration Of Love. Even after witnessing all that, some viewers weren’t completely sold on the idea and thought the pair was “only in it to win it.” So is there any meat to these fan theories and speculations, or has the couple proven them wrong?

Are Mitch and Phoebe Still Together?

Yes, Mitch and Phoebe are still together and going stronger than ever. Following the wrap-up of the production of season 4, the couple was spotted together at several locations. From stalking them at beaches, looking for Mitch in the background of Phoebe’s friends’ photos, to playing a guessing game of whether the girl with him in a TikTok was Phoebe or not, their fans have done it all! Well, we do understand that sentiment, as the pair couldn’t go out in public before the show completely aired and concluded.

To the delight of the fans, the days of speculations have passed as they are madly in love and are not afraid to show it! Though Mitch and Phoebe lost the ‘Love Island’ prize to Austen and Claudia in the finale, they sure won each other for life. They keep showcasing their love for each other by sharing warm and fuzzy pictures of themselves or celebratory pics of them enjoying Christmas with the Spiller family, having fun on a yacht, beach car dates, random date nights, and celebrating Phoebe’s birthday together.

In a December 2022 interview, when asked about the highlight of their journey, Phoebe said, “Mine definitely was when Mitch asked me to be his girlfriend. I don’t think anything will ever top that moment. To be honest, it felt like I was in a fairy tale. And I loved that I literally genuinely had no idea what was going on. Like, I was so shocked. I’ll definitely remember that moment for the rest of my life.”

She also admitted that a lot of their relationship couldn’t be squeezed into the one-hour episode, and there were many pivotal moments that did not make it to the public eye. The couple plans to move in together and take their relationship to the next level, so it’s clear that Phoebe and Mitch are in it for the long haul! Referring to Mitch as the “love of my life,” Phoebe once wrote, “Mitchy Boy, you have my heart forever. Thank you for making me the happiest girl in the world and for loving me the way that you do, I can’t believe how lucky we are to have found each other.”

Not just that, Phoebe also revealed how she is not her parents’ favorite child anymore, implying how Mitch has become an integral part of her family. We can confirm that Mitch meant every word in his Declaration Of Love when he said, “The man who walked through those doors is not the same man who’ll be walking out, and I owe it all to you. I really have fallen in love with you Pheebs, and I cannot wait for our love to continue on the outside.” It’s evident now that the couple is still deeply in love, and we wish their bond strengthens with each passing day!

Read More: Are Callum and Madeline From Love Island Australia Still Together?