Are Nakia Renee and OG Jared From FBoy Island Still Together? 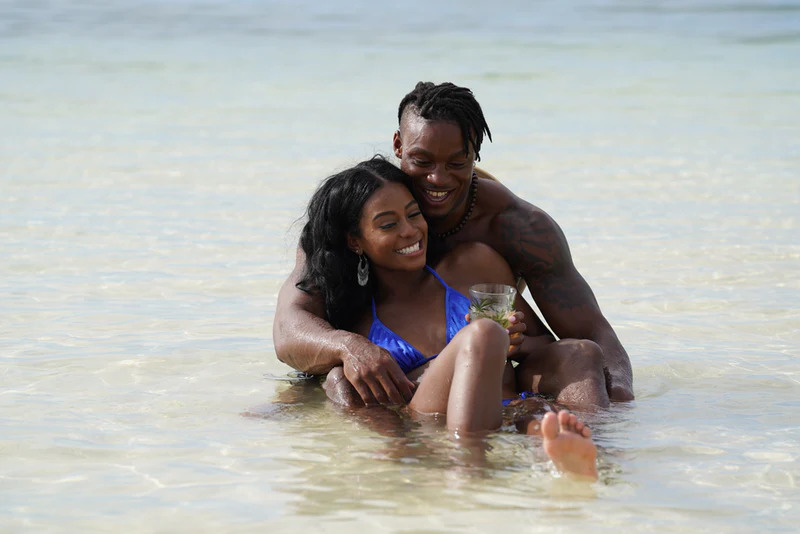 ‘FBoy Island’ stands out from other dating reality shows through its premise of pitching nice guys versus self-proclaimed FBoys in a bid to win the attention of three women. Apart from finding love, there is the added interest of a massive cash prize which adds to the drama and thrill. Nakia Renee and Jared Motley aka OG Jared found each other during season 1 of ‘FBoy Island.’ Although they left the island as a couple, did their connection stand the test of time? Let’s find out, shall we?

Nakia Renee is a singer-songwriter from Los Angeles who claimed that she had a lot of experience with FBoys in the past. Nakia figured that she would have an advantage on the show as her experience would allow her to weed out the FBoys effectively. On the other hand, Jared, who identified as one of the “self-proclaimed FBoys,” entered the show on Day 1, tasked with convincing the women into believing he is indeed a “nice guy.” After carefully considering numerous options, Jared and Nakia started getting close to each other. 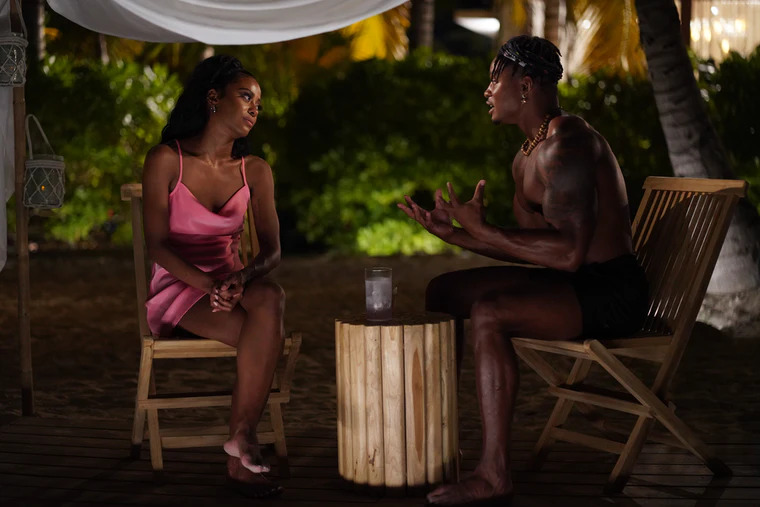 The pair’s excellent chemistry was evident from the get-go, and to Jared’s credit, he never seemed interested in anyone else and always had his focus on making Nakia happy. Withstanding her fear that Jared might be an FBoy, Nakia too reciprocated his advances, and their romance was indeed one of a kind. Even with several options available, Nakia stayed true to her feelings and chose Jared in the season finale.

According to the rules of the show, if a woman chooses an FBoy in the finale, he can either split the prize money with his partner or take the whole of it home. Despite being a self-proclaimed FBoy, Jared split the prize money, claiming that Nakia had made him change his ways. He mentioned that he prioritized their relationship over the prize money and even claimed that he was in love with Nakia.

Are Nakia and OG Jared Still Together?

With both Nakia Renee and Jared Motley preferring to keep their relationship under tight wraps, it is unclear if they are still together. After Nakia chose Jared as her partner, the two seemed extremely happy and were ecstatic to start a relationship together. Jared also wanted to get to know Nakia outside the show and was looking forward to forming a deep connection with her. However, since filming ended, the two have been extremely quiet about their status.

Additionally, a quick check of their Instagram accounts shows that they are not following each other. Apart from that, neither Nakia nor Jared feature on each other’s social media accounts. In an Instagram story, Nakia mentioned that she would go into details of the show once the final episode aired on HBO Max. With the final episode now out, Nakia even went live on Instagram, which featured an appearance by OG Jared, but neither confirmed nor denied if they are together.

Therefore, with the lack of reports on the couples’ love life, and the lack of updates through social media, it is unclear if Jared and Nakia are together. Still, seeing as how they are on friendly terms judging from the Instagram live, we can certainly keep our hopes up as we wish both the very best for the coming days.

Read More: Are CJ Franco and New Jarred From FBoy Island Still Together?