Are Nathan and Holly From Too Hot to Handle Still Together?

Netflix’s ‘Too Hot to Handle‘ can only be described as a fascinating dating reality series that breaks all bounds of steamy romances, but its latest installment — season 3 — is hotter than ever before. After all, with double the prize money, there’s double the temptation and double the rule breaks (the latter of which may or may not be a sheer understatement this time around). With that said, let’s delve into the journey of a couple that proved to be the most costly — Nathan Soan Mngomezulu and Holly Scarfone — and find out precisely where their fiery yet passionate connection stands today, shall we?

Nathan and Holly’s Too Hot to Handle Journey

From the moment Nathan and Holly locked eyes on day one of their stay at the retreat, there was a physical spark that they just couldn’t help but pursue. That’s why, almost as soon as the introductions and the initial flirtations were out of the way, the two made their intentions perfectly clear. In the span of just 24 hours, they made out during a wild game (before Lana’s sex ban hit), enthusiastically shared a bed, and talked a lot about how attractive they found each other. However, shortly after, unable to hold themselves back, they kissed five times in a single evening, losing the group a total of $30,000.

That was the point when the tide changed for the couple, especially as they continued to break more rules, even while sorting through intense personal drama. Nathan and Holly did seem to connect on a deeper level because of all the time they spent together, along with how affectionate they were. Yet, Nathan also went out on dates whenever a new contestant joined and asked him to, only to downplay the situation on all sides. This fact led to conflict between the women as well as doubts between Holly and Nathan, but he always won her back with his spirited charm.

The most complex aspect of their relationship, though, was that while Holly gradually started to focus more on their emotional involvement, Nathan’s “sexually charged” energy drove him to lead her astray. Thus, they spent two nights in the private suite, one on their own account, and blew nearly $150,000 in total (making the pot $0) before Nathan was booted. However, the remorse he displayed while saying goodbye to Holly made Lana give him a second chance through an intense one-on-one workshop, where he proved that his connection with her went way beyond the physical aspect.

Are Nathan and Holly Still Together?

Once Nathan demonstrated exactly how much Holly means to him, he was allowed to go back into the villa, giving the grieving Canadian native her smile back. That’s when their connection was put to the ultimate test once again, and the two passed with flying colors. Nathan and Holly not only earned the group $90,000 but also made it apparent that even the most seemingly hopeless people can grow with a push in the right direction. 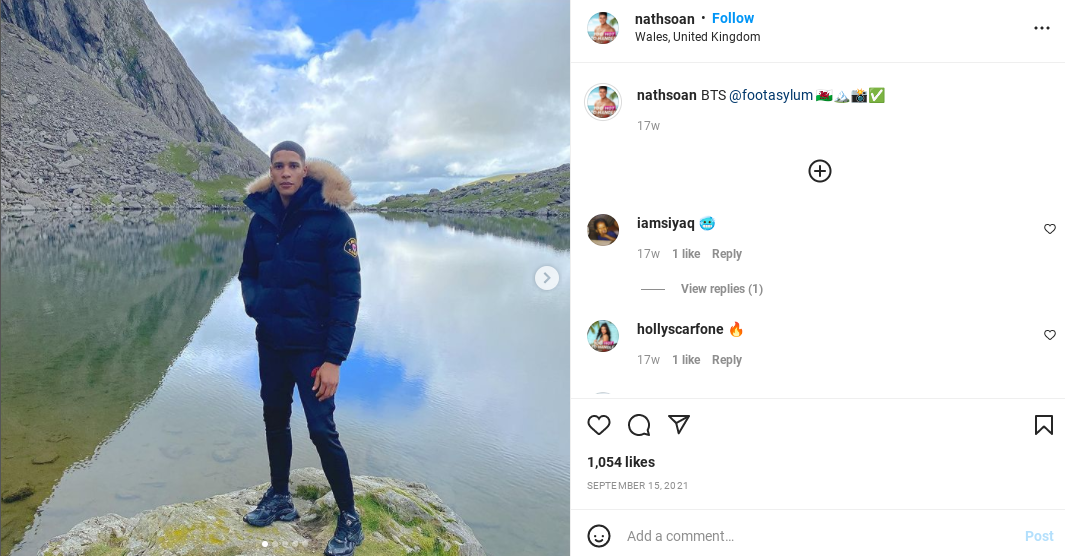 In fact, on their final date during this experience, apart from admitting to wanting to pursue a bond in the real world, the duo went as far as to exchange “I love you’s.” Therefore, even after all this time, Nathan and Holly could still be together, from what we can tell. They haven’t confirmed or denied anything as yet, but their social media platforms indicate that they are, at the very least, still in touch and on good terms.

Yes, the fact that the South African fashion model now seemingly splits his time between the US and the UK, whereas the psychology graduate/model primarily resides in Denver, could be a cause of concern, but they can overcome it if they wish to. We should also mention that both Holly and Nathan are in London as of writing, so while anything is possible, we’re staying optimistic about their bond.

Read More: Are Brianna and Obi From Too Hot to Handle Still Together?