Are Nick and Vanessa From Love is Blind Still Together? 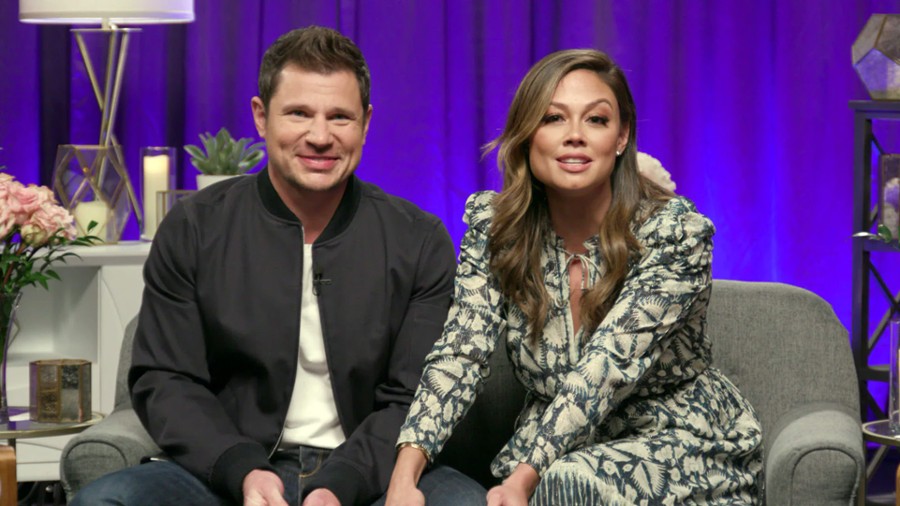 Nick Lachey has left a mark in the entertainment industry as a singer, actor, host, and television personality. His career took off with the success of the famous boyband 98 Degrees before he tried his luck in television. Although he has four solo albums to his credit, his personality as a television host has attracted more buzz, especially his role in the Netflix show ‘Love is Blind’ with his wife, Vanessa Lachey.

Vanessa is an actress, beauty pageant titleholder, model, and television host. She married Nick, and their relationship quickly became a hot topic among fans. Despite the stability in their social lives, fans are curious to know whether the couple is still together. In that case, we have you covered!

How Did Nick and Vanessa Meet?

Nick and Vanessa’s love story seemingly started when the former was still married to Jessica Simpson. It is said that he noticed Vanessa before his split with Simpson in 2006. However, the first time they formally met each other was when Nick made an appearance on ‘TRL,’ where Vanessa was the host. Subsequently, she agreed to appear in Nick’s music video for “What’s Left of Me,” which brought them closer.

Nick and Vanessa’s flirtationship became quite obvious in the summer of 2006, soon after his divorce with Jessica pulled through. Their affair finally made the news headlines a few months later, in December 2006, when they shared a kiss during the ‘MTV New Year’s Eve’ show.

Nick and Vanessa’s Journey Together

Only a month later after Nick and Vanessa’s famous kiss, rumors about their separation filled the internet in early 2007, but the couple was going strong even then. In June 2009, it was confirmed that they broke up. Even that did not last long, and a little over a month later, they were spotted kissing at an L.A. bar, which implied that they might have made up. These speculations were confirmed shortly after in October 2009.

In early November 2010, it was reported that Nick and Vanessa got engaged. The musician and the talented television host tied the knot on July 15, 2011. The wedding took place on Necker Island, located within the British Virgin Islands. They spent the last days of the month relaxing at St. Bart’s. In March 2012, the lovebirds revealed they were expecting their first baby. Their son Camden was born on September 12, 2012. Two years later, Nick announced that they were ready to have another kid.

On January 5, 2015, Vanessa gave birth to her second child with Nick – a daughter named Brooklyn Elisabeth Lachey. Their third child Phoenix Robert Lachey entered the world on December 24, 2016. In October 2018, Vanessa stated that although life isn’t always rosy for the couple, they make things work because they communicate with each other instead of running away from the problems. So, how have things shaped up for Vanessa and Nick?

Are Nick and Vanessa Still Together?

We are happy to report that Nick and Vanessa are still together. Apart from spending time with each other at home, they even take opportunities to work together. They are currently hosting the relationship-based reality series called ‘Love Is Blind,’ which recently released its second installment in February 2022. Like the couples on the show, Nick and Vanessa make it a point to go on romantic getaways themselves whenever possible. A case in point is their romantic weekend in Lake Tahoe, California, in late August 2020.

Despite the challenges that present themselves, Nick and Vanessa make time for each other which only strengthens their bond. In addition, they decided to tweak their communication style and make it more enjoyable, such as Vanessa leaving sweet notes on their mirror for Nick. In the fall of 2021, the couple and their kids moved to Hawaii after Vanessa landed the lead role in ‘NCIS: Hawaii.’ Therefore, the couple seems to be happily married and are very supportive of each other’s decisions.

Read More: Are Lauren and Cameron Still Together? Love is Blind Update