Are Lauren and Cameron Still Together? Love is Blind Update

Netflix’s ‘Love Is Blind‘ is a unique reality TV series that revolves around the concept of whether one can fall in love with a person without ever seeing them. It follows 30 singles who date each other over ten days in separate spaces where they can hear but not see each other. If a couple gets engaged, they meet for the first time and head to an exotic retreat to spend time with each other. Post the vacation, they move in together into an apartment to test whether they are truly compatible, as living together brings up new challenges.

In the finale, the couples participate in wedding ceremonies and make the ultimate decision to either get married or go their separate ways. Viewers love the series for its exciting format and the thrill of finding love in such a quick span of time. There have been several fan-favorite couples who have intrigued everyone with their stories. Lauren Speed and Cameron Hamilton from season 1 made their mark on the show with their honesty and mutual understanding. But have they still been able to preserve the relationship they built together? Let’s find out.

Lauren, a content creator from Detroit, Michigan, met Cameron Hamilton, a data scientist from Lee, Maine, for the first time while filming ‘Love is Blind’ season 1 in 2018. The couple hit it off with each other since their very first conversation. They spoke about their respective professions, and Cameron even shared that his mother was diagnosed with Parkinson’s disease. So, Lauren and Cameron quickly formed an emotional connection and were comfortable opening up to one another. Thus, it was not surprising when Cameron proposed to her just five days after knowing her. They became the first couple to get engaged in season 1. 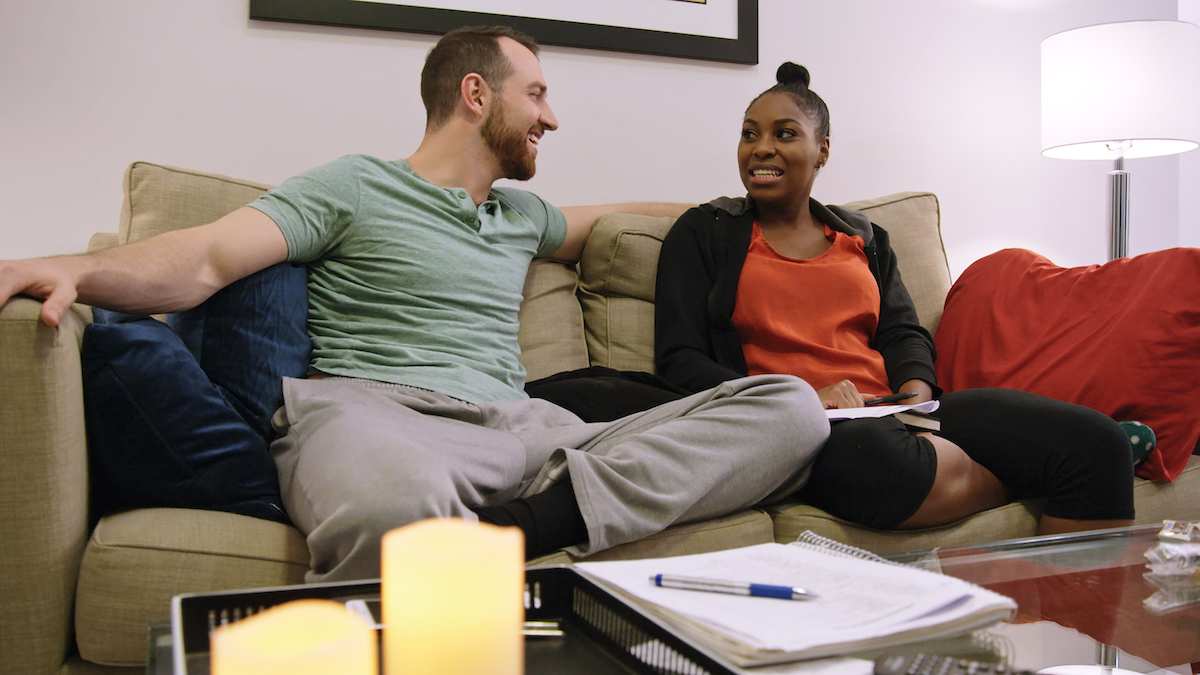 Throughout season 1, Lauren and Cameron remained sensitive to each other’s needs and understood one another’s fears and apprehensions. Being an interracial couple drew skepticism from Lauren’s parents since she had never dated a white man before Cameron. Hence, when she introduced him to her family, her father had reservations about their union. However, the couple was able to win them over with their sincerity and honest communication. Cameron further impressed her with his unwavering devotion as well as his ability to calm her if she got anxious or insecure.

Moreover, Cameron proved his commitment when he took Lauren home for the first time and spoke about his plans to convert the space keeping their future in mind. But what brought tears to everyone’s eyes were his wedding vows to her in the season finale. The couple surpassed all odds, and despite the short time they knew each other, they decided to give their love a chance and walked down the aisle together. But whether they are still as much in love or have gone their separate ways since season 1 ended is still a question lingering in the minds of fans. So, let us put your doubts to rest.

Are Lauren Speed and Cameron Hamilton Still Together?

Yes, Lauren Speed and Cameron Hamilton are still together and happily married. In a 2020 interview post the season 1 reunion episode, Lauren shared that it was difficult not seeing each other physically at first during the show. Cameron added, “Especially after we got engaged… We had to wait 24 hours to actually see each other. It was the longest 24 hours ever, but here we are today, a year-and-a-half later, so it was well worth the wait.” After season 1 ended, they went to a bar as a regular couple for their first date.

Although things have usually been rosy for Lauren and Cameron, that has not always been the case. In an April 2021 interview, Lauren spoke about the pressure of public scrutiny on their marriage post the show. She stated, “I think that the hardest thing for us at the time was just kind of learning how to let people’s opinions roll off of us.” She further said that it took them a little time to adjust to the constant attention, but they were eventually able to get a handle on it. In a June 2021 interview with Essence, the couple elaborated on the pressure to have a child.

Lauren and Cameron further divulged about facing psychological trauma after being filmed for 16 hours daily during the show. “I actually dealt with nightmares after we stopped filming,” she said. “I think [it was] the difference between going from everything being so loud with the cameras and the crew and then just kind of shutting all that off and in an instant, waking up the next day and being married and living with my now husband and so many different changes,” shared Lauren. Moreover, in 2020, they also had serious conversations about race and the problems faced by the African American community.

All things considered, Lauren and Cameron have been able to maintain a healthy and blissful marriage with their constant support and admiration for each other. They celebrated their third marriage anniversary on November 16, 2021. Together, they have co-authored the book ‘Leap of Faith: Finding Love The Modern Way,’ which chronicles their journey as a couple. They also run a YouTube channel, where they share bits from their lives with fans. Currently, Lauren and Cameron lead a happy married life with their adorable dog Spark and are doing wonderfully well in their professional and personal spheres.

Read More: Are Amber and Matthew Still Together? Love is Blind Update