Are Robyn and Juan Dixon From RHOP Still Together? 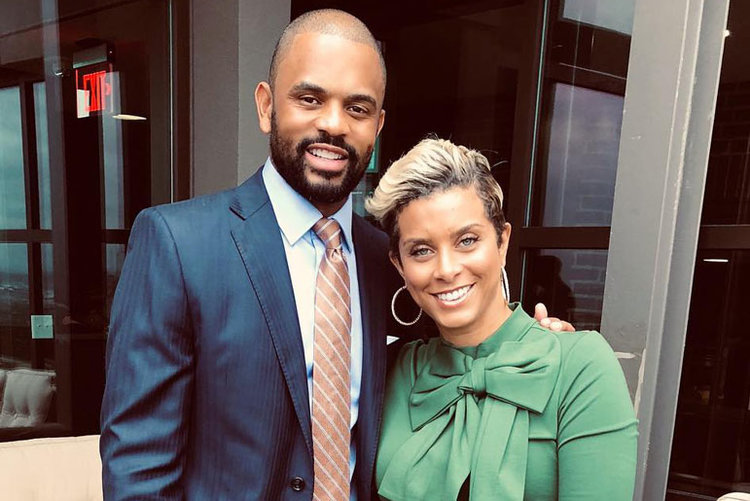 The undoubtedly successful reality show franchise ‘The Real Housewives’ packed its bags and set off to Potomac, Maryland in 2016. Initially, fans of the series were a little unsure of how the series would compare to more conventionally glamorous locations like Beverly Hills or New York. However, after the season premiere, all doubts were cast aside, and since then, it has gone on to gain a considerable following, especially because of a diverse cast. Robyn Dixon, one of the housewives who works in event management, has definitely had quite a journey on this show, especially when it comes to her love life.

Robyn and Juan: The Real Housewives of Potomac Journey

It is well known how Robyn Dixon and Juan Dixon have been living under the same roof – even when they were divorced. It certainly was quite an unconventional situation, albeit one that worked very well for them. They have two sons together— Corey and Carter, whoa are 12 and 10 years old respectively. They lived together for the sake of their family, but there was no denying their past either. After all, the two were high school and college sweethearts, who eventually got married in 2005.

In the series premiere, Robyn stated that they went their separate ways because he had cheated on her and that they were not on the same emotional wavelength. They ended their marriage after 7 years, in 2012.

Their relationship status, or lack thereof, has been a major story arc on the show since it’s inception. From the very first season, other cast members and fans alike had wondered what their relationship status actually was. In fact, on more than one occasion, Robyn has had a bone to pick with Ashely Darby. In season 2, she was appalled at Ashley for going up to Juan and openly discussing their relationship status at a party. In season 3, they had a momentary falling out when the former told the latter that people should not stay together just for the sake of the children. Robyn responded by saying that it was not solely because of the kids and that they had been through a lot emotionally to reach this stage.

However, no one can deny their chemistry. When Robyn was trying on her old wedding dress and he walked in, the two of them just laughed it off. In season 3, when a psychic came to visit them, he told them that Juan’s mom, who had unfortunately passed away before the couple met, approved of Robyn, and that they should work it out already.

In 2018, the two officially confirmed that they were dating, and even got matching tattoos on their fingers as a sign of their love and commitment. When asked by Andy Cohen (on the reunion episode) if she saw a proposal in the future, she said that she was definitely excepting it to happen within a year and a half. Juan responded by saying that anything is possible.

Are Robyn and Juan Still Together?

Yes!  Robyn and Juan finally rekindled their romance on the show, much to everyone’s delight, and their engagement marked the conclusion of season 4. On December 13, 2019, Juan got down on one knee, at the Christmas event they were hosting, with a customized ring made with pink morganite.

While she did anticipate them getting married again at some point in the future, she was not expecting it so soon. She told The Daily Dish, “Juan gave the sweetest speech and set the whole room into an uproar when he got down on one knee! It was truly a special night and is definitely much sweeter the second time around. Oh, and he knows me well and got my ring just right!”

They are engaged a second time around, and it is clear that they could not be happier!