Are Sophia and Ilan From Forever Summer: Hamptons Still Together?

‘Forever Summer: Hamptons‘ provides an authentic window into the lives of a group of young adults who love spending their summer months in the coastal resort town. While the group comprises locals as well as people from outside the Hamptons, we get to witness how they balance their personal lives and day jobs while navigating a busy social scene. Moreover, like any other regular young adult, the cast members attend wild parties, lose themselves in summer flings, and often get into altercations that threaten to ruin their friendship.

Although Ilan Luttway is originally from New York City, the Hampton locals welcomed him as a part of their group and soon warmed up to the city dweller. Claiming he was in the Hamptons to find love, Ilan began exploring the local dating scene but soon found out that his friend had set him up with Sophia Messa, a girl he knew from middle school. Interestingly, Sophia initially friend-zoned Ilan before cozying up to him in a surprise twist. Let’s take a look at their budding romance and find out if Ilan and Sophia are still together, shall we?

Being an outsider, Ilan Luttway had high hopes about spending the summer at the Hamptons and was inducted into the group shortly after he arrived at the coastal resort town. Although a few local cast members weren’t happy welcoming a “city-dweller” into their friend circle, Ilan soon made a few connections who made him feel at home. While the show revealed that cast members Emelye Ender and Hunter Hulse were in a live-in relationship from before filming commenced, a few speculated that Ilan might be making advances toward Emelye, leading to a massive altercation between him and Hunter. 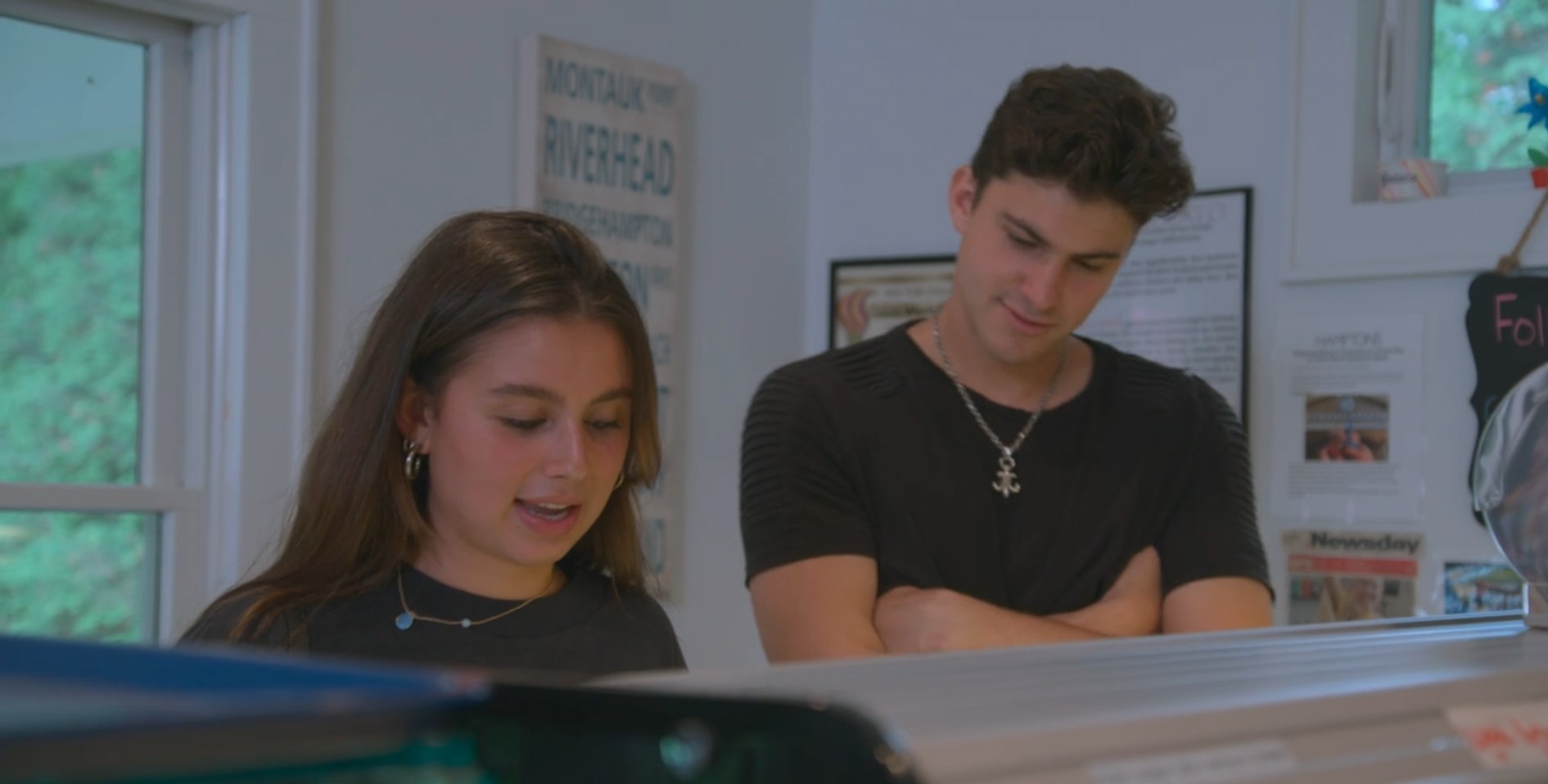 Nevertheless, the two tried their best to bury the hatchet, and fans were also quite disappointed when Ilan’s crush on Avery didn’t lead to anything. Still determined to find the love of his life, Ilan was quite excited about exploring the dating scene when he discovered that he had been set up with Sophia Messa, a girl he last saw in middle school, by his friend. Although Ilan seemed reluctant to go on such an arranged date, the two seemed to hit it off immediately and had a wonderful time together.

However, to everyone’s surprise, shortly after meeting Sophia, Ilan went on a second date with a woman named Addison, making the rest of the group question his intentions. Naturally, Addison soon learned that Ilan was seeing another girl simultaneously and decided to break things off. Meanwhile, Sophia figured they would be better off as friends, leaving Ilan quite dejected and disappointed. Still, he refused to give up on her.

Once their friendship flourished, Ilan was surprised to discover that he enjoyed spending time with Sophia, even in the absence of a romantic connection. However, quite surprisingly, the friendship made Sophia realize how much Ilan meant to her, and she came clean about her feelings leading to a tender kiss. Eventually, Ilan brought Sophia to the Hamptons and introduced her to his friends before promising to stay with her forever.

Are Sophia Messa and Ilan Luttway Still Together?

Currently, Ilan is based out of New York City, although he is about to graduate with a Bachelor’s degree in Computer Science from the University of Michigan. On the other hand, Sophia is an aspiring musician who has recently launched her first EP, “Ice Cream & Cigarettes,” and is busy in promotion work for the same. Besides, both prefer to keep their personal lives under wraps and haven’t revealed much about their relationship in public.

Nevertheless, the pair do follow each other on social media, and there is nothing to suggest a possible breakup. Thus, even though only time can confirm their status, considering the commitment Ilan and Sophia portrayed on the show, we can infer they are still together.

Read More: Are Hunter and Emelye From Forever Summer: Hamptons Still Together?