Are Tania Maduro and Syngin Colchester From 90 Day Fiancé Still Together? 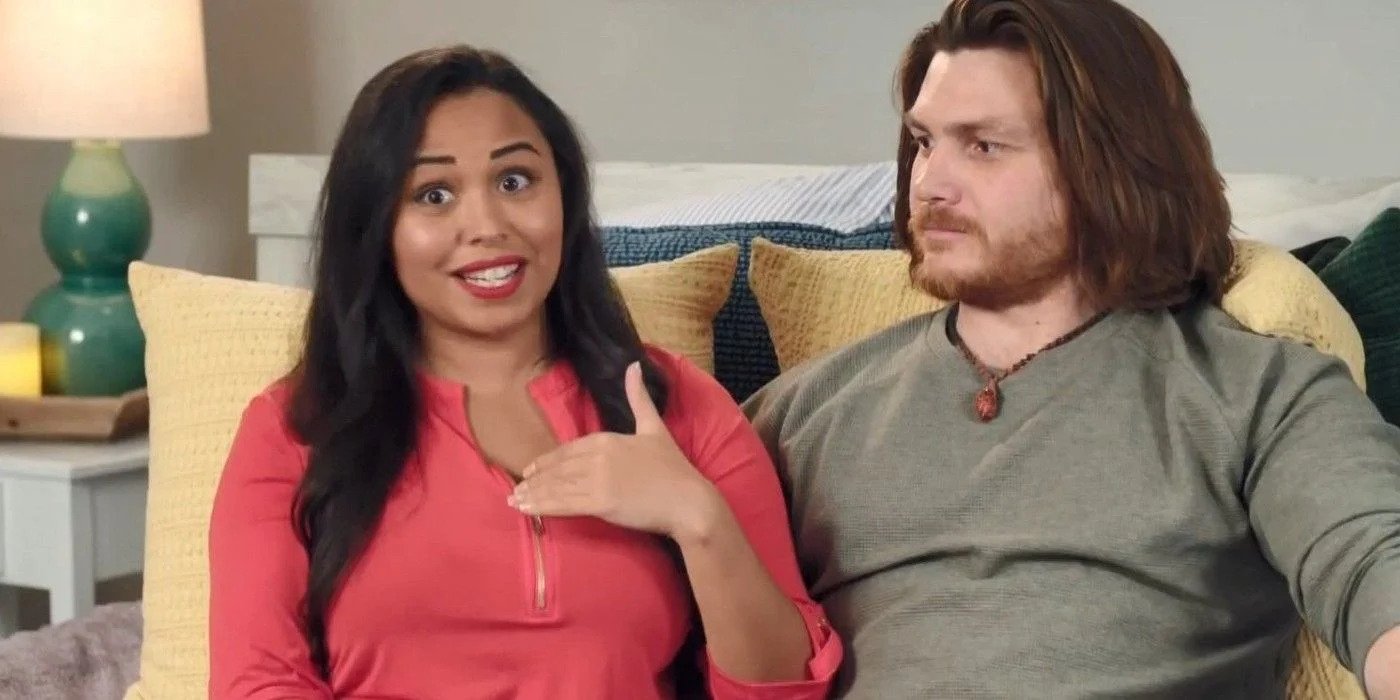 ‘90 Day Fiancé’ makes for highly interesting and exciting TV with its focus on cross-border couples and how they navigate rough waters to settle down together. It offers a dynamic contrast to American life by portraying the culture and habits of every foreign fiancé who comes to the United States on a K-1 visa. The visa offers foreign nationals an ultimatum of 90 days to get married or return to their home country. It is fantastic how cultures, habits, and personalities clash in such a short period, all in the name of love.

Tania Maduro and Syngin Colchester are a couple who appeared on season 7 of the show. Traveling quite a rocky road from the beginning of their relationship, fans now want to know if this couple has made it to the end together. Let’s find out, shall we?

Originally from Groton, Connecticut, Tania met Syngin in Cape Town, South Africa, after she was left unimpressed by a man from a dating app she had matched with and gone to meet. Determined not to let her lousy date spoil her holiday, Tania found her way to a bar, and as fate would have it, the bartender there was Syngin. The two felt an immediate connection and were drawn to each other. Tania stayed with Syngin in South Africa for almost two months, and the couple grew even more confident about their future together. 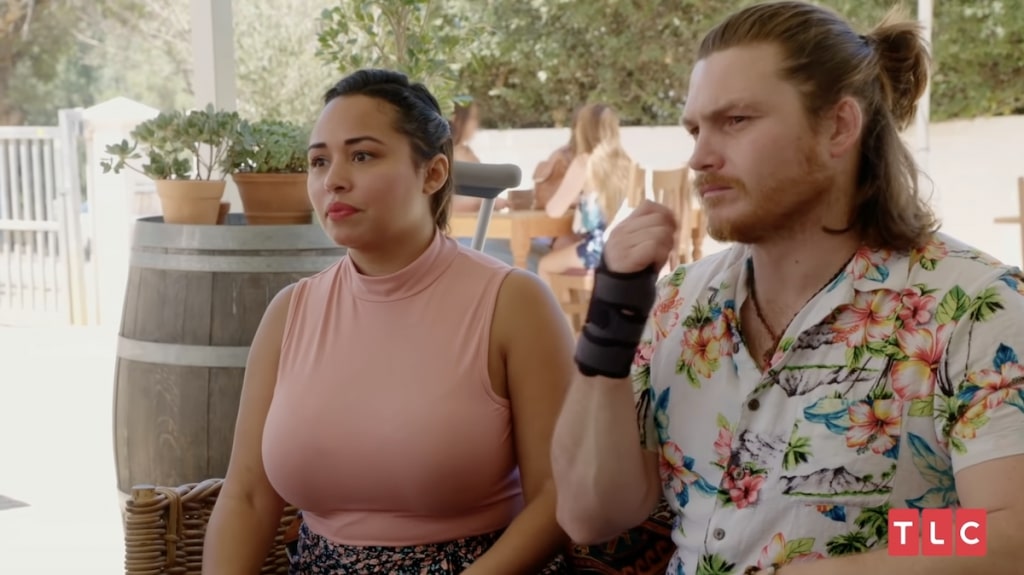 Tania was overjoyed when Syngin got his K-1 visa to come to the United States. Excited to live together, the couple settled down in a shed right behind Tania’s mother’s house in Connecticut. Initially, things were perfect, and the lovely couple enjoyed their life in the States. However, as habits and cultures clashed, cracks slowly started appearing in their ideal world. There were frequent fights over every tiny thing, and the couple found themselves at loggerheads all the time.

Furthermore, neither could decide what they wanted in the long run, with Tania desiring children and Syngin desiring at least a few years before bringing a life into this world. They also argued about where to settle down. Tania, ever the American at heart, wanted to settle down and raise her children in the States. On the other hand, Syngin, unwilling to leave South Africa, was extremely hesitant about this idea. Their fights got so bad that Tania even admitted at one point that Syngin was not her soulmate.

Adding fuel to the fire was Tania’s solo trip to Costa Rica. While Tania was off learning about herbalism, Syngin felt lonely and distanced from his fiancée. The trip and the subsequent long-distance relationship brought in a massive divide between the couple, who could not reach a compromise with each other. There was a build-up of unexpressed anger and frustration, which made the couple get into more altercations. The fights often took place in front of their friends or Tania’s family, which further drove a wedge between them. With the couple quickly losing common ground, for a moment, it seemed like Tania and Syngin were headed towards doom. 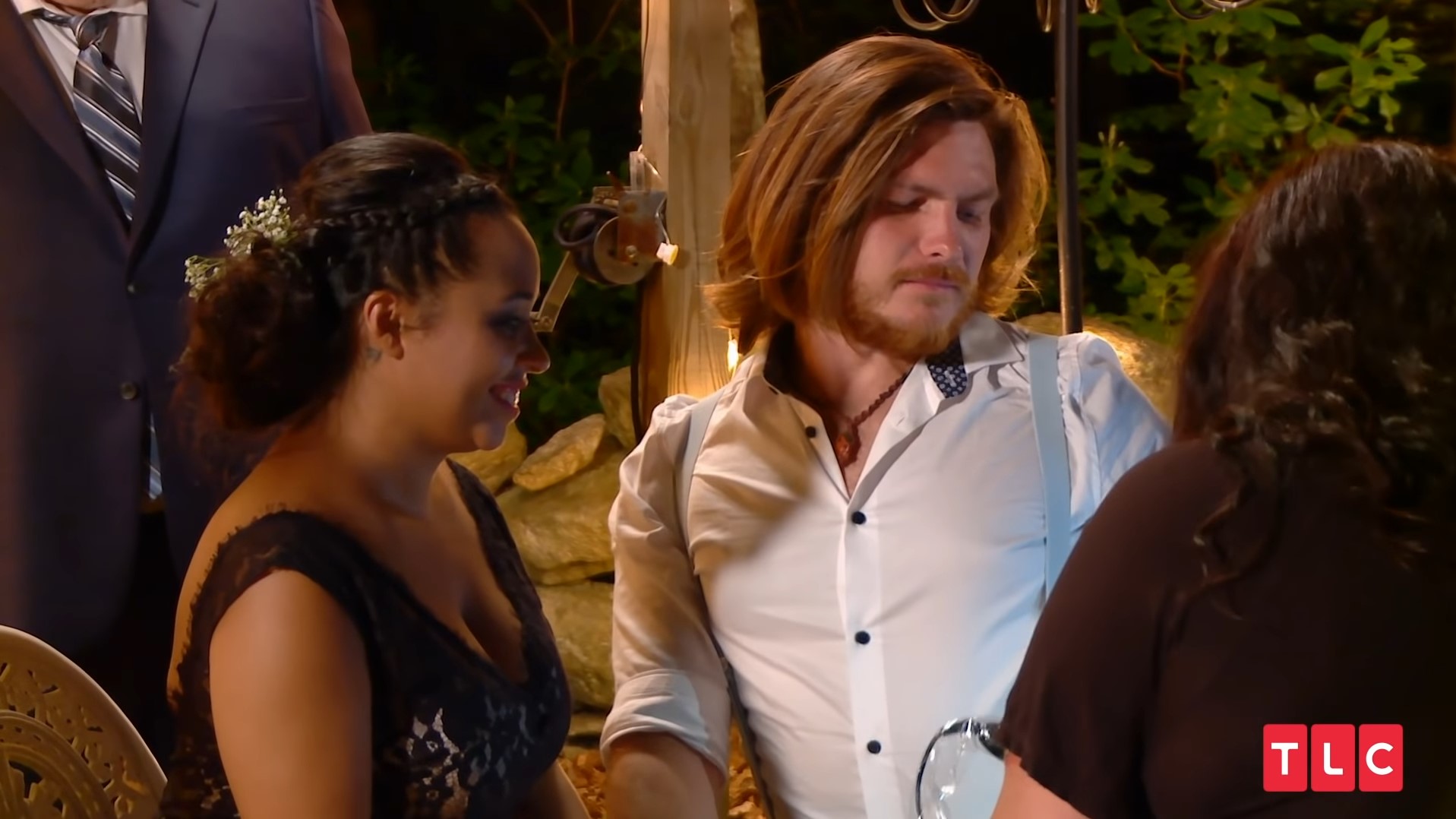 Still, their love came in clutch at the last moment, and the couple realized that they still loved each other through all the disagreements and altercations and wanted to be together. Deciding to bury the hatchet once and for all, the couple wished to have an everlasting love story. Hence, they decided to forego marriage rings and instead chose to get matching permanent tattoos along with exchanging their vows at a beautiful wedding ceremony in Connecticut.

Are Tania Maduro and Syngin Colchester Still Together?

Fans would be overjoyed to know that Tania and Syngin are still together and are living a happy married life. Even after their beautiful marriage ceremony, things weren’t perfect between the couple. They were not on the same page when it came to babies and were also going through some financial troubles. Still, the couple managed to pull through together and were quite hopeful of their future together.

The problems carried over when the couple appeared on ‘90 Day Fiancé: Happily Ever After.’ In the show, the couple was still on the opposite ends of the spectrum when it came to having babies and raising them. They also went through a rough patch when Tania decided to address Syngin’s drinking habit, a complaint the South African did not take kindly. Even with a couple so much in love with each other, it was surprising to see how many issues they still had to soothe out.

Fortunately, it seems like Tania and Syngin have since managed to iron out every crease and are blissfully happy with each other. The married couple is now settled in Connecticut, where they spent the Covid-19 lockdown together. As an added commitment to their relationship, Tania and Syngin started a vegetable garden towards the end of 2020. The couple even seemed to be very much in love when they shared a delightful memory of them welcoming the new year. Even though a few of their Instagram posts fuelled divorce rumors, neither Tania nor Syngin has substantiated the speculations.

In April 2021, when Syngin broke both his ankles in a hiking accident, Tania nursed him back to health with all the love and care in the world. Presently, it looks like they are having a wonderful time with friends and family. They love making beautiful memories together and sharing their love and admiration for each other on social media. It also looks like they are looking for land to buy and build their dream home on it. It is lovely to see the couple come such a long way from their stormy days, and we would like to wish them the very best for the future.