Are Toni and Baby Anthony Dead in Riverdale? 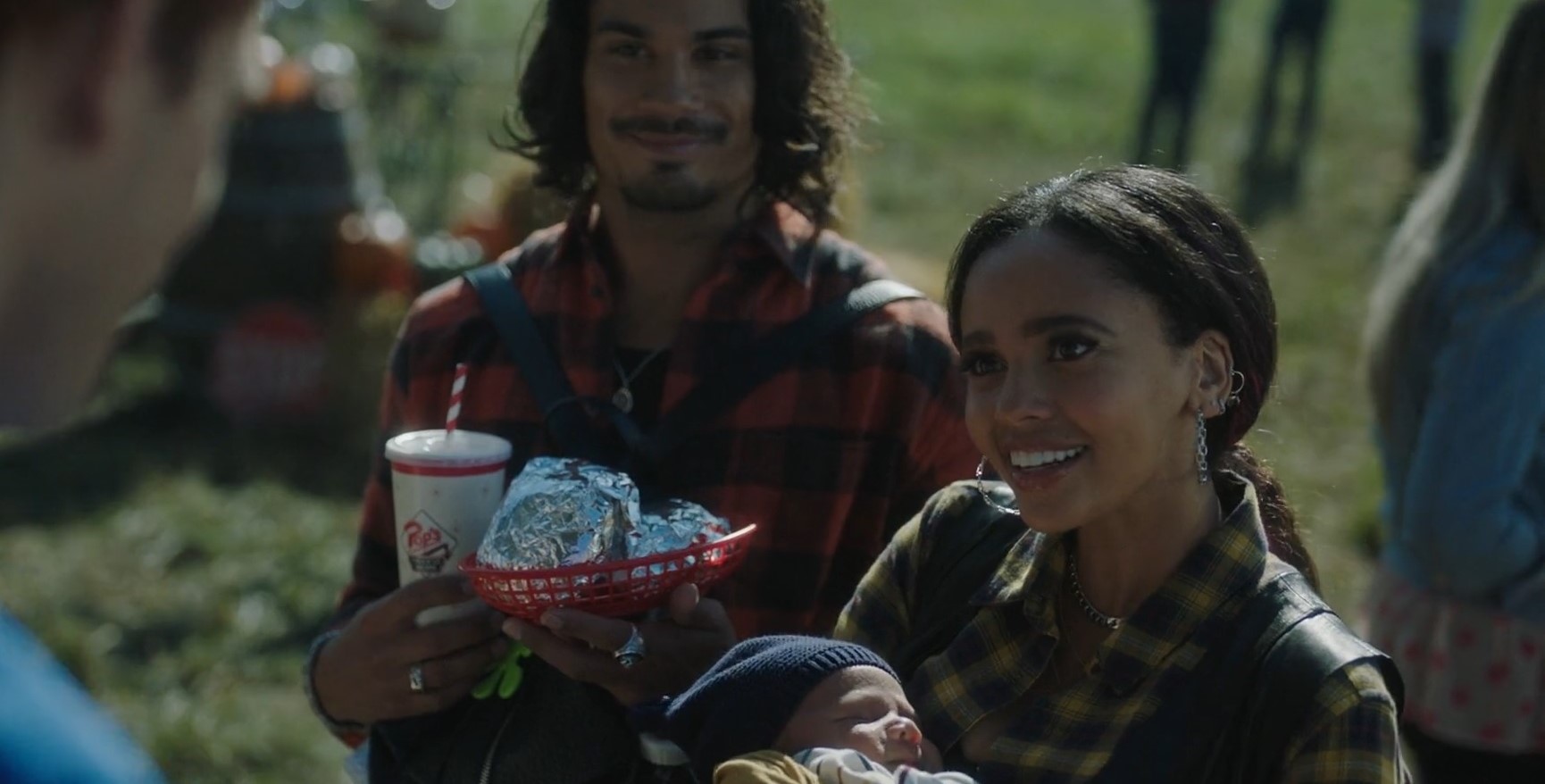 The CW’s ‘Riverdale’ season 6 is chock-full of terrifying supernatural entities and dark secrets. In season 6 episode 2, we see the residents of Rivervale facing frightening paranormal situations. In particular, an unfortunate incident from Toni’s (Vanessa Morgan) past puts the life of her son, Baby Anthony, at risk.

She tries her best to protect her son from the child-drowning ghost of La Llorona. However, towards the end of the episode, we see that the weeping woman has taken Baby Anthony to the Sweetwater River. So, does Toni save Baby Anthony? Does La Llorona kill Toni’s son? Do Toni and Baby Anthony survive? We know you’re dying to get some answers. We’ve got you covered!

What Happens to Toni and Baby Anthony?

In season 6 episode 2, we find out that during a gang war between the Southside Serpents and the Ghoulies, Toni misses her target and accidentally impales Daniel, the son of Darla Dickenson, with her knife. He dies instantly and Toni struggles with her guilt in therapy. Later, upon Betty’s request, Toni talks to Lucinda, a Serpent accused of drowning her daughter. However, Lucinda insists that La Llorona is the killer. Toni believes her and tries to find out about the weeping woman.

Betty encounters La Llorona herself and finally believes in her supernatural existence. Later, Toni faces the weeping woman at school and finds her mark in her son’s nursery after a failed attack. Knowing that Baby Anthony is unsafe, she sends him away with Fangs to be under the protection of the Serpents. Then, she pairs up with Betty to go to Cheryl for some witchy help.

Are Toni and Baby Anthony Dead?

After finding out through Cheryl’s spirit-conversing session that La Llorona — the spirit of a mother wronged by society — has been summoned by Darla Dickenson, Toni realizes why her son is the target. She rushes to the Serpents and finds them injured. A drenched Fangs tells her that La Llorona is taking their son to Sweetwater River. At Daniel’s grave, Toni apologizes to Darla for killing her son, Daniel. However, Darla does not care for apologies and wants revenge for the wrongful murder of her only son. As Toni and Betty rush to Sweetwater River, Darla rejoices over the imminent death of Baby Anthony.

On the banks of the Sweetwater River, Toni and Betty find La Llorona holding Baby Anthony in her arms. Toni pleads with the weeping woman and appeals to her motherly nature, begging her to spare her innocent son’s life. Then, she declares that she will free La Llorona from her cursed existence by taking on her burdens. La Llorona seemingly agrees, hands over Baby Anthony, and then goes through Toni’s body.

Betty, holding Baby Anthony, watches as Toni becomes the new La Llorona. After asking Betty to take care of her son and remind him frequently of his mother’s love, the transformed and grotesque Toni walks into the Sweetwater River, disappearing under its murky waters. Toni is clearly not dead but is now a supernatural and cursed being. However, Baby Anthony is alive and well thanks to his mother’s sacrifice. However, unfortunately, he is now without a human mother.

Read More: Does Tabitha Kill Jughead? Is Jughead Dead or Alive in Riverdale?