Are Velaryons Black or White in House of the Dragon Book? 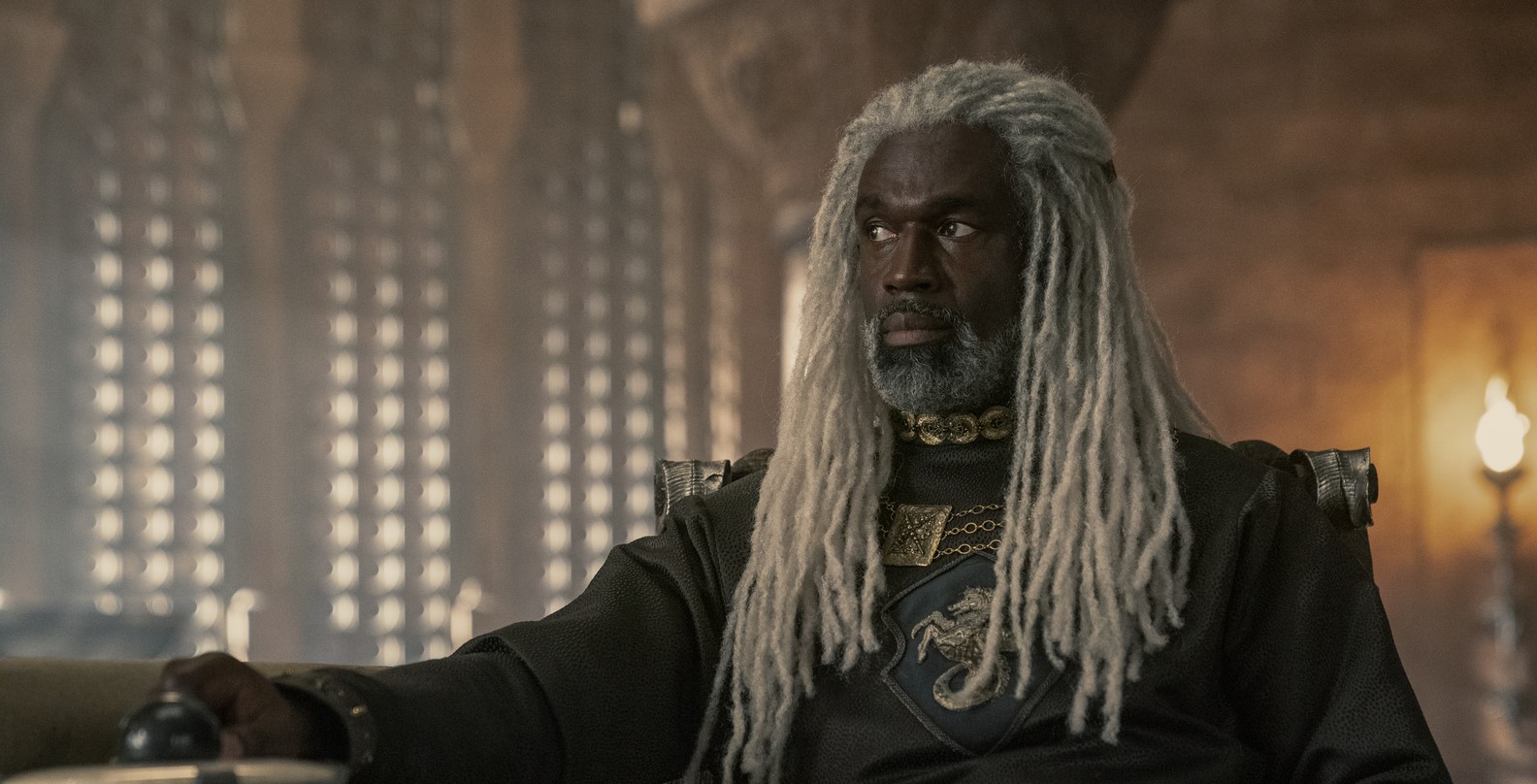 HBO’s ‘House of the Dragon’ is based on George R. R. Martin’s 2018 book ‘Fire & Blood’ and serves as a prequel to Martin’s ongoing epic fantasy series, ‘A Song of Ice and Fire. The story begins 172 years before Daenerys Targaryen and revolves around the brutal war of succession between two factions of the ruling Targaryen dynasty — the blacks, comprising Rhaenyra Targaryen (Emma D’Arcy as adult and Milly Alcock as young) and her supporters, and greens, comprising Aegon II Targaryen (Tom Glynn-Carney) and his supporters. In the in-world history of Westeros, this civil war came to be known as the dance of the dragons because both parties used dragons in the conflict. It is also known as the dying of the dragons, as several dragons died during the war, and it went extinct as a species soon after. That is, until about 200 years later when Daenerys brought them back.

The Velaryons are an important noble house in the history of Westeros, though they lose much of their prominence by the time of ‘Game of Thrones‘ due to the fall of House Targaryen. In contrast, House Velaryon is one of the most powerful and wealthiest houses at the time of ‘House of the Dragon,’ with Corlys Velaryon, the head of the house, being married to Rhaenys Targaryen. She is also known as the “Queen Who Never Was,” as Viserys I was chosen over her at the Great Council to be the next king after Jaehaerys I Targaryen. In ‘House of the Dragon,’ Corlys is portrayed by Steve Toussaint, a black actor. This caused controversy as a section of the fandom was quite vocal with their criticism. However, the creators of the show strongly defended their choices. If you are wondering whether the Velaryons are black or white in the book, this is what you need to know.

Are the Velaryons Black or White in Blood & Fire?

Corlys plays an extremely important role in the dance of the dragons. Like the Targaryens, the Velaryons originated from Valeyria. The people from there are predominantly known for their silver-white hair, purple eyes, and yes, pale skin. Toussaint’s Corlys does have silver hair. And characters of Valyrian descent, such as Daenerys and her brother Viserys, don’t have purple eyes in ‘Game of Thrones’ the show. Several members of the Targaryen family in ‘House of the Dragon’ don’t either. As for the pale skin, here is the thing” It is never mentioned whether Corlys is black or white. Instead, Martin focuses on the numerous accomplishments of the Lord of Driftmark.

Corlys’ brother, Ser Vaemond, is portrayed by Wil Johnson, who is also black. Rhaenys is portrayed by Eve Best, who is white. Rhaenys and Corlys’ children, Laenor and Laena, are played by John Macmillan and Nanna Blondell. In the books, it is implied that at least some members of the Velaryon family have pale skin. In ‘A Feast for Crows,’ the fourth book in ‘A Song of Ice and Fire’ series, Cersei Lannister thinks that Aurane Waters, the Bastard of Driftmark and the half-brother of Monford Velaryon, resembles Rhaegar Targaryen, older brother of Daenerys and Viserys.

The Velaryons came to Driftmark before the Targaryens arrived at Dragonstone. They are a proud seafaring family with an appropriate sigil — a seahorse. As Targaryens and Velaryons frequently inter-marry, several members of the latter family have been dragon riders, including Laenor and Laena.

If ‘House of the Dragon’ seeks to establish the Velaryons as a historically black family, it can create some continuity issues in the TV show universe, but they can be resolved quite easily. It is equally possible that House Velaryon has become a diverse family because of its maritime heritage. One of the biggest issues that the detractors of this creative choice seem to have involves Rhaenyra and Laenor’s children. In ‘Fire & Blood,’ it is heavily implied that Laenor is gay, and the children’s biological father is a knight named Harwin Strong. This jeopardizes their claim to the Iron Throne. The main idea is that they don’t look like Laenor, so they can’t be his children. The difference in the book is the hair. Lucerys and Jacaerys Velaryon have brown hair as opposed to their silver-haired parents. The show has cast Elliot Grihault and Harry Collett as the adult versions of those characters, respectively. Both are white. Evidently, the paternity issue in the show will not be just rumors and speculations.

In a 2022 interview with Entertainment Weekly, series co-creator and co-showrunner Ryan Condal explained the casting. “The world is very different now than it was 10 years ago when [Game of Thrones] all started. It’s different than 20 years ago when Peter Jackson made The Lord of the Rings. These types of stories need to be more inclusive than they traditionally have been,” he stated. “It was very important for Miguel and I to create a show that was not another bunch of white people on the screen, just to put it very bluntly.”

Answering a fan on LiveJournal, Martin revealed in 2013 that he wondered from time to time whether he should have made all the Valryrians black. However, he then added that it would come with its own peril. At the 2022 San Diego Comic-Con, Toussaint was asked about the negative response. He said, “… there are people outside who find it a little hard to stomach that someone who looks like me would play this part. But that’s an issue they have to deal with and I don’t have to. The issue is always the same, I just have to say the lines convincingly and avoid bumping into the furniture.”