Are Will and James From The Amazing Race Still Together? 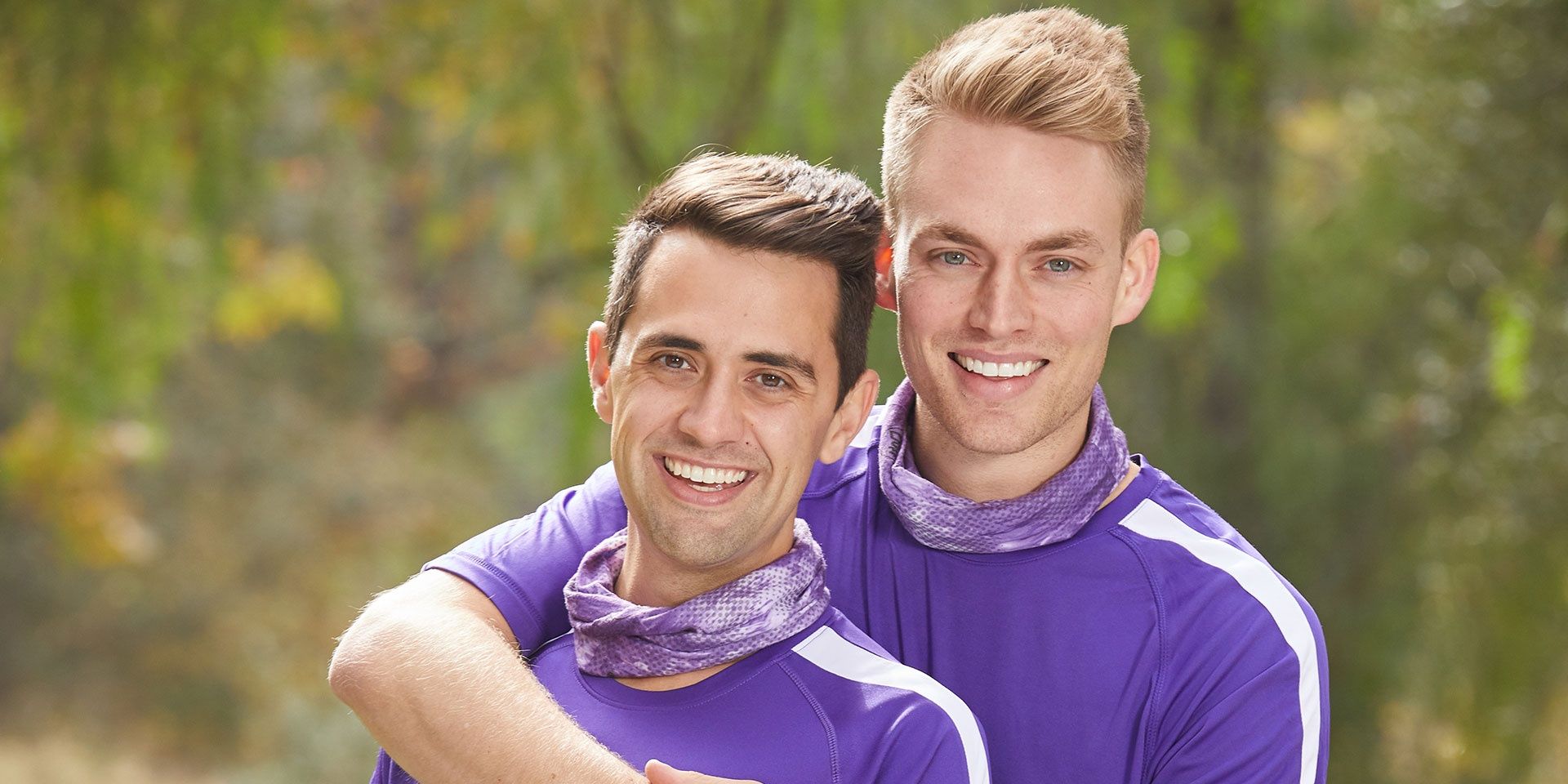 ‘The Amazing Race’ is a popular adventure reality game series that tests the participants through multiple mental and physical challenges. Since its premiere in 2001, the CBS show has won 10 out of 15 Primetime Emmy Awards for Outstanding Reality-Competition Program, the category which was created only in 2003. Season 32 of the hit show, which aired on October 14, 2020, brought in 11 teams (duos) who competed with one another for the prestigious winning trophy and a whopping US$1,000,000 cash prize. 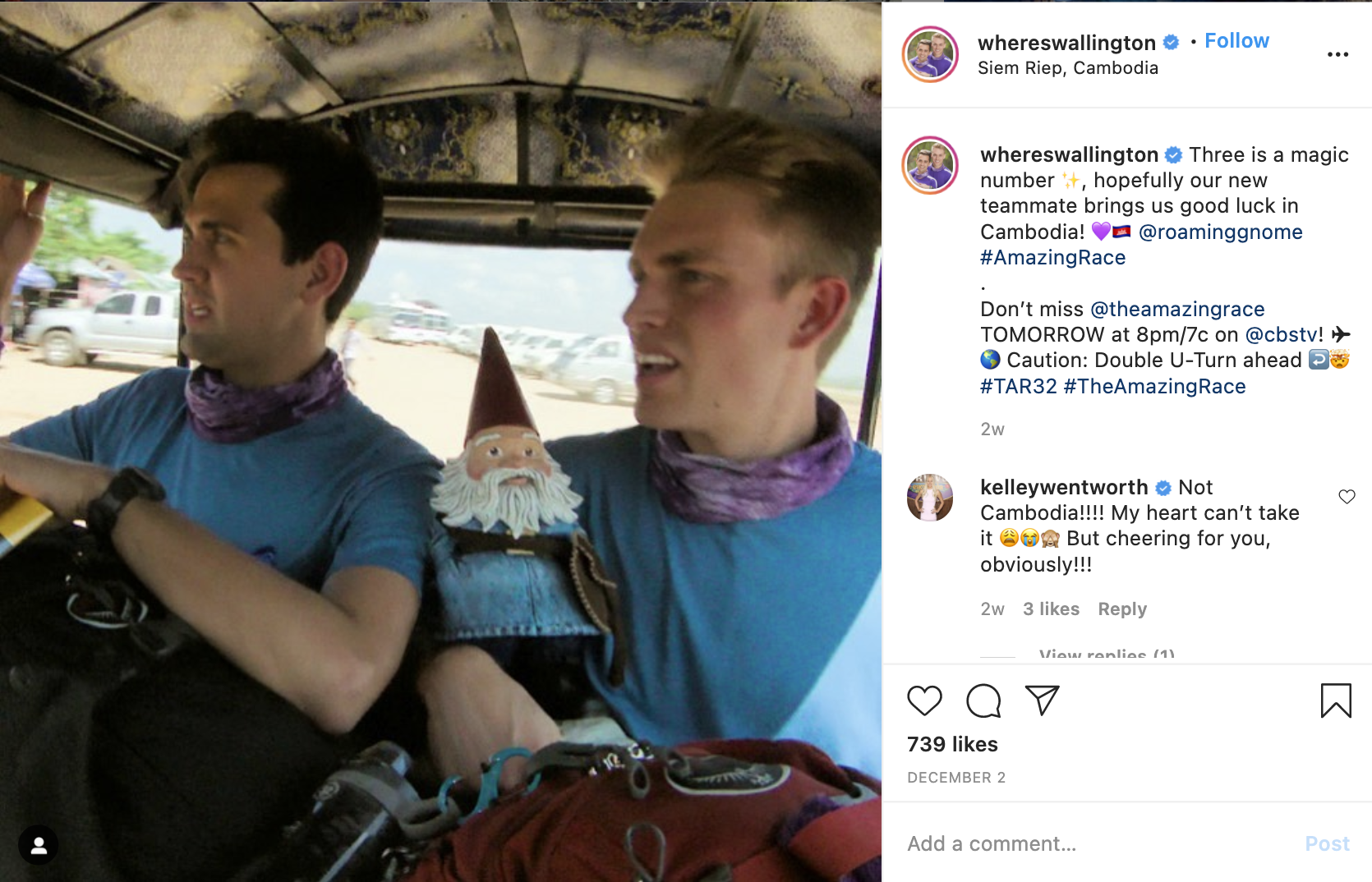 Among the others were Will Jardell and James Wallington, appearing as boyfriends and proudly representing the LGBTQ+ community. Their adorable equation soon took center stage as millions of viewers resonated with their story. As the two landed among the show’s finalists, their dedicated fans waited for the final episode with bated breath. So did the two emerge victoriously and more importantly, are they still together?

Will and James: The Amazing Race Journey

Will Jardell and James Wallington were introduced as a rookie team on TAR 32, including former NFL players Gary Barnidge and DeAngelo Williams, father-son duo Frank Eaves and his son Jerry, siblings Michelle and Victoria Newland, etc. Interestingly, Will and James already had some exposure in the world of reality TV. The then-23-year-old Will was a fan-favorite participant on season 21 of ‘America’s Next Top Model.’ The Netherland, Texas-native was the first runner-up on the show, which premiered on August 18, 2014. James competed on the only season of The CW reality competition series, ‘Capture’ in 2013. The Grand Rapids, Michigan-native had teamed up with his sister, Rebecca, and was 23 at the time of his television stint but, unfortunately, got eliminated on the 5th episode.

How it started vs. How it's going #AmazingRace ✨

What a journey this experience has been & it all comes to an end TONIGHT at 8pm/7c on the @AmazingRaceCBS Season Finale! 💜 #WillandJames pic.twitter.com/AbwKvwv7rG

Will and James crossed paths in 2014 and fell in love-at-first-sight with each other. Cliché but true! Their mutual love for traveling connected them deeply and the couple officially traveled together for the first time in 2015. But their trip to New York was a complete disaster and the problems they faced turned them into “Backpacking Boyfriends.” 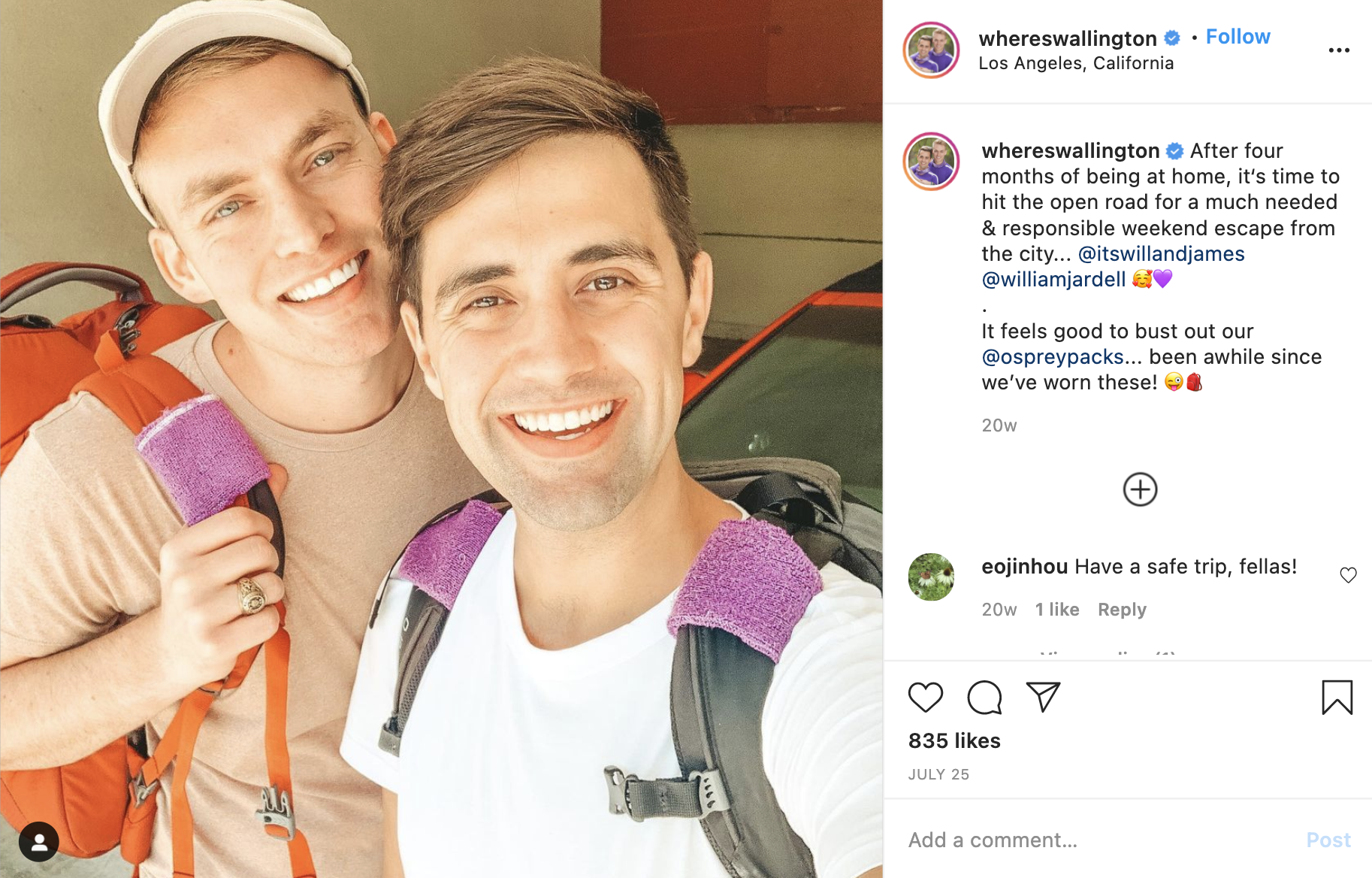 Their journey in life as well as on ‘The Amazing Race’ has been thrilling and with a happy ending. Along with the other two finalist pairs, brothers Riley and Maddison McKibbin, and married couple Hung Nguyen and Chee Lee, Will and James traveled to New Orleans to bag the winning trophy. The “boyfriends” team adeptly completed all the finale not-so-easy tasks before the other duos and reached the finish line, marking their conquest on national television.

Are Will and James Still Together?

744 DAYS YA’LL!!! The best kept secret(s) ever… I love you @williamjardell. You make my wildest dreams come true. We did it. 🌈✨💜 #AmazingRace pic.twitter.com/ZMpoEQkJ0r

Will Jardell and James Wallington are basking together in the newfound glory and the world has gone gaga celebrating their big win. Their winning season was filmed back in 2018 and the couple has been together ever since. What hooked the world to their moment of triumph was the endearing twist that came after they reached the finish line drawn at the Superdome. Just as the long-time host, Phil Keoghan, announced them as winners, Will went down on one knee and proposed his beau, James, who said yes right away! Their social media accounts are flooded with congratulatory messages and their fans worldwide have been crying tears of joy.

So happy for @williamjardell & @JamesWallington winning the #AmazingRace ! Team Boyfriends from the start and the proposal at the end definitely brought the tears 👀🥺😭🙌🏼 pic.twitter.com/Pdv2EBiX8l

Moments after crossing the finish line, James admitted to Phil that he has been “a Super Fan” of ‘The Amazing Race’ since the age of 11 and has grown up watching the show. After applying for it multiple times with family members, he finally got through its 32nd season with his partner, Will. He continued showering love by saying, “Not only in this race but in life! I love everything about you. You are my best friend, and thank you for being patient with me because I had so many crazy moments.” Will responded to the mushy statement by confessing with teary-eyes, “I love you so much. I know The Amazing Race has been your dream, but my dream is to spend the rest of my life with you.” That is precisely what he said seconds before popping the question! 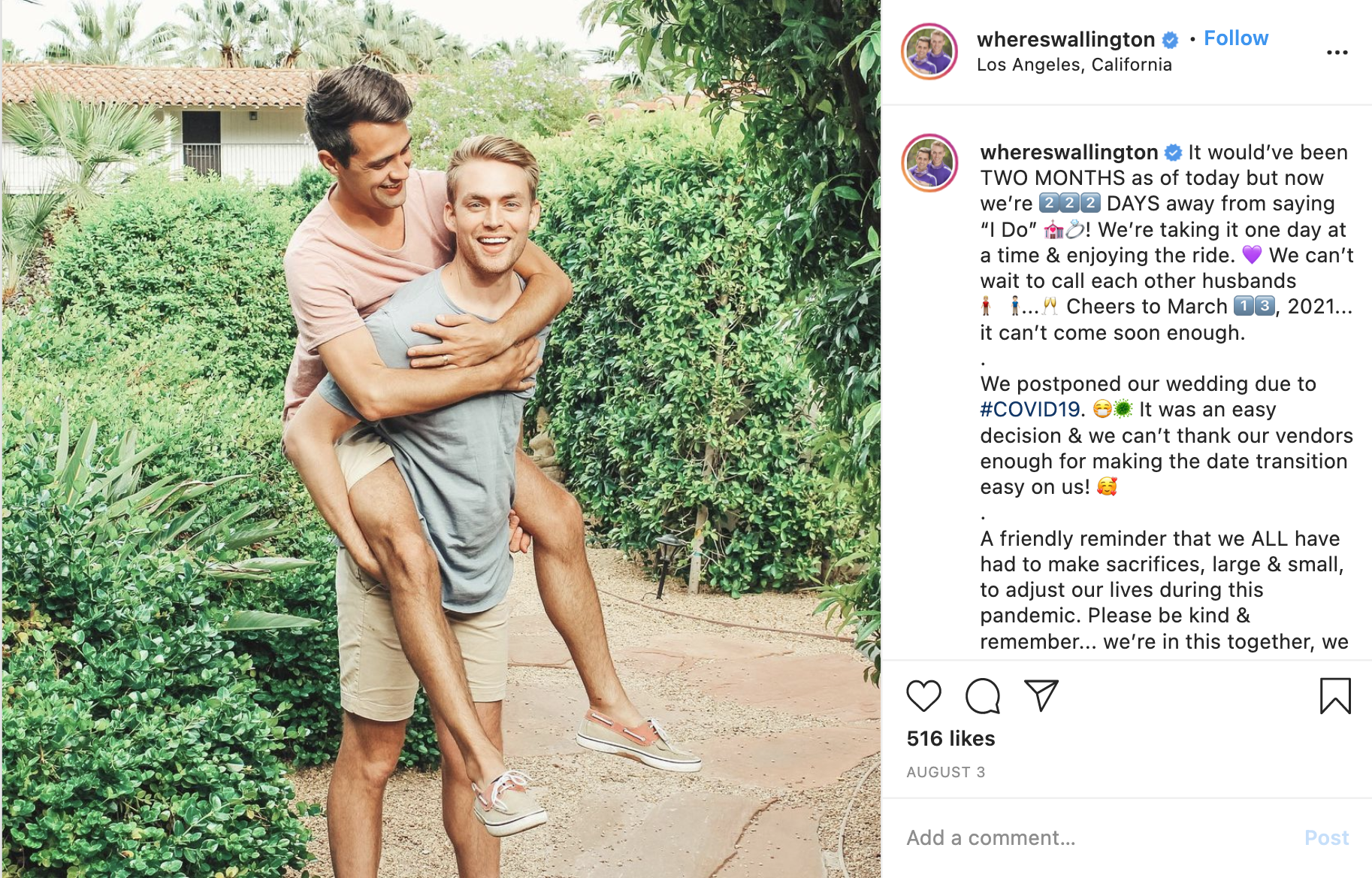