Are You the One Season 1: Where Are They Now? Who Are Still Together?

‘Are You the One?’ is a reality series with a unique premise- it puts several young men and women together who have to find their perfect partner. Interestingly, the contestants have already been paired up with someone from the party using a matchmaking algorithm. Before the particular season ends, they must try and find their pre-decided perfect match.

If all players can find their perfect match, they get $1 million to be split evenly. The show’s first season premiered in 2014 and captured the viewers’ attention with its entertaining style. Fans are now curious to know what the participants of the very first iteration of the social experiment are up to, especially those who were able to find their perfect matches early. Well, we are here to explore the same!

Dillan Ostrom and Coleysia Chestnut were among the strongest couples on ‘Are You the One?’ season 1, as they had remained together for 8 out of 9 ceremonies, the only exception being the 2nd one. In fact, their match was confirmed by the 5th ceremony, and the couple had a blissful time together. Unfortunately, Dillan and Coleysia’s happy relationship did not last for long, and the two called it quits after the show, though the reasons behind the same were not specified. 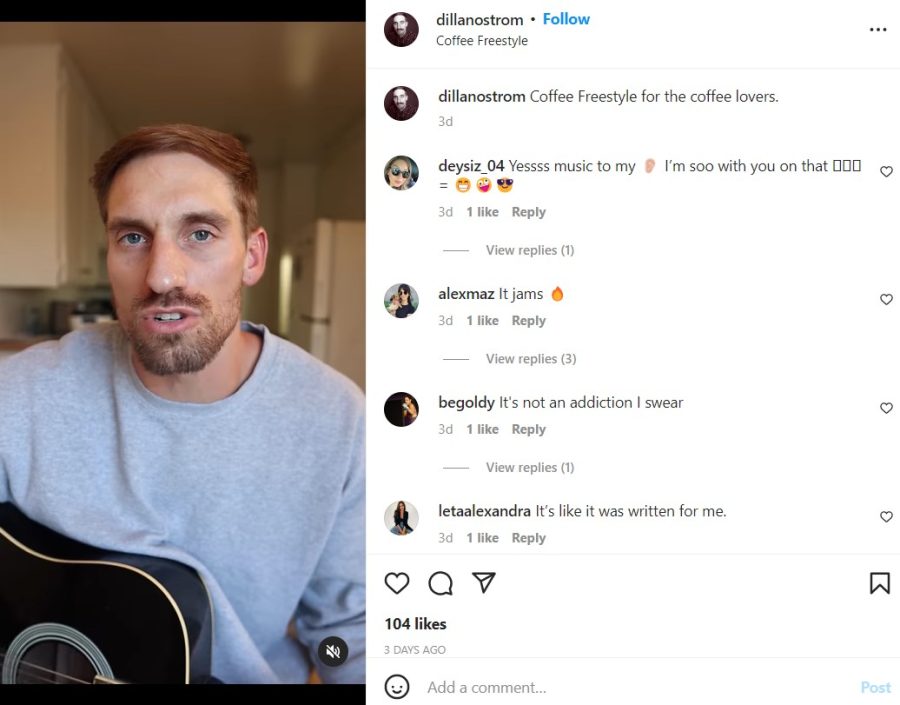 As of writing, Dillan has established himself as a man of many talents and works as an actor, a writer, a comedian, and a health professional. He has used his impressive social media following well and often posts entertaining content online. Over the years, Dilian has been a part of several on-screen projects and has gained recognition for portraying Flint in ‘The Block.’ He is affiliated with Heimat Club, a fitness concept club, and is also in partnership with Tri, known for nutrition coaching and training programs.

Meanwhile, Coleysia is active in the fields of beauty, self-care, and mental health and is the head of Exhale, a health and beauty brand. In May 2022, she celebrated the fourth birthday of her son Randall, whom she cherishes dearly.

Though the algorithm paired Chris Tolleson and Paige Brendel, the two weren’t really interested in each other. Instead, the former decided to remain romantically involved with Shanley McIntee. However, after the show ended, the couple did not survive the long distance and ultimately broke up, sharing the news during the reunion episode. Presently, Tolleson is in a long-term relationship with his girlfriend, Jamie. The happy pair has a son and a daughter and are proud dog owners.

Paige herself was involved with Chris Scali in the show and was disappointed to realize that he was not her perfect match. The reality TV star married Daniel Keats on November 19, 2018, and works as a Client Development Consultant at Thomson Reuters. Daniel himself is the Senior National Account Manager at Indeed, and the couple shares an adorable child. Presently, the happy family lives in Phoenix, Arizona.

Wesley “Wes” Buckles and Kayla Lusby is another couple that did not survive the test of time once season one of ‘Are You the One?’ ended. As of writing, Wes seems to be living his life to the fullest, often traveling to some of the most beautiful locations in the world. The reality TV star is still active in the entertainment industry, frequently doing modeling and acting projects.

Furthermore, Kayla seems to have found marital bliss with Brock Bertucci; she has an adorable daughter named Bellami Blake and is expecting another child. The former news anchor works as Public Relations and Content Specialist at People Who Think.

Apart from the three confirmed matches on ‘Are You the One?’ season 1, the remaining cast members had their fair share of love, heartbreak, and drama as the season progressed. Consider Adam Kuhn and Shanley McIntee, who spent their whole time on the show pursuing other people. Eventually, in 2017, the two decided to see what the showrunners had in mind and participate in ‘Are You the One? Second Chances,’ a spinoff of the original show that tested the strength of their bonds. 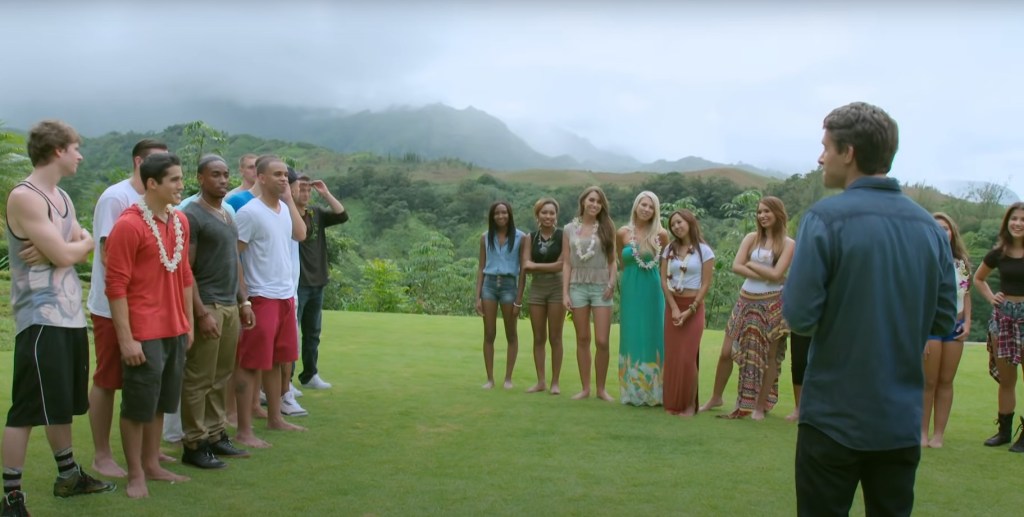 Adam and Shanley bagged the 3rd position, yet they did not last long as a couple. Presently, Shanley seems to be in a happy relationship with Cameron Porras and is enjoying her life. Andrean “Dre” McCoy and Simone Kelly were another strong pair on the show that was not confirmed as a perfect match until the very last ceremony. Their romance has not continued to date though that has not stopped them from leaving their mark on the world. In fact, Simone went on to appear in three separate iterations of ‘The Challenge,’ seasons 26, 28, and 30.

The relationship between Christopher “Chris” Scali and Jacinda “Jacy” Rodriguez could not be termed the best on the show due to several factors, including Scali’s romance with Paige Brendel. However, both he and Jacy have done well in their respective lives. The former is the Founder and CEO of WOMME, AKA Word of Mouth Me, an iOS application. He also works as the Lead Concierge at Dream Downtown and is based in New York City. Meanwhile, Jacy has shown her mettle in multiple fields like art, advocacy, hosting, and poetry. She is the owner of The Art Craving and the Founder/CEO of Illbejacy Poetry Club. 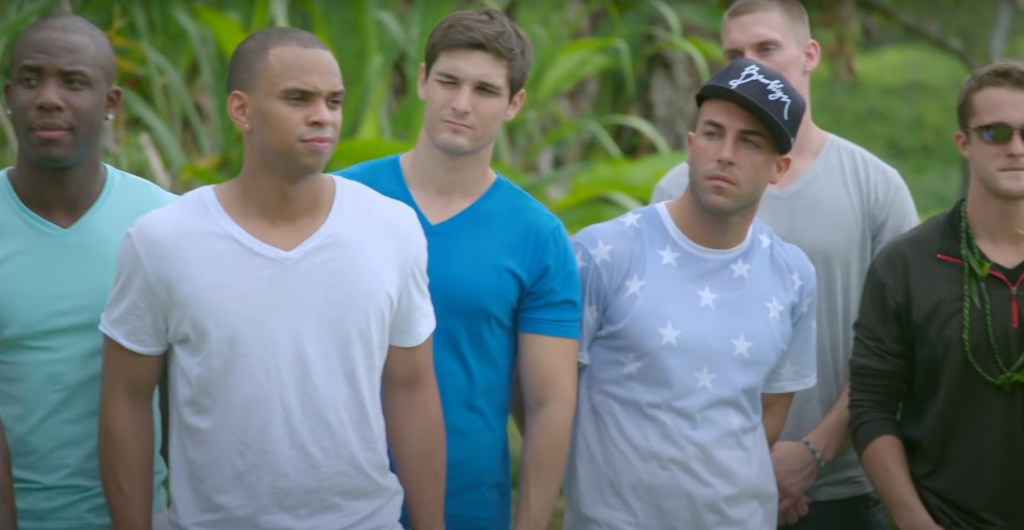 Moving on to perhaps the most successful couple of ‘Are You the One?’ season 1, we have Ethan Diamond and Amber Lee. Their journey on the show was pretty romantic, and the two could not be happier with each other. The couple tied the knot in 2017 and has two beautiful daughters, Scarlett and Serena. The happy family seems to be based out of Austin, Texas, with Ethan working at NetSuite as Senior Director of Emerging Markets.

Contestants Joey Dillon and Brittany Baldassari have separate yet fulfilling lives. Currently, Joey is the owner of Dillon Enterprises and works as an actor and a model. On the other hand, Brittany hosts her own lifestyle and sports podcast, ‘BosBabes,’ and is the High Point Rockers Emcee. Moreover, she was seen in the 26th iteration of ‘The Challenge.’ The reality TV star seems to be doing well in her romantic life and got engaged to Ryan Dull in January 2022. Needless to say, the bride-to-be is quite excited about her upcoming nuptials. 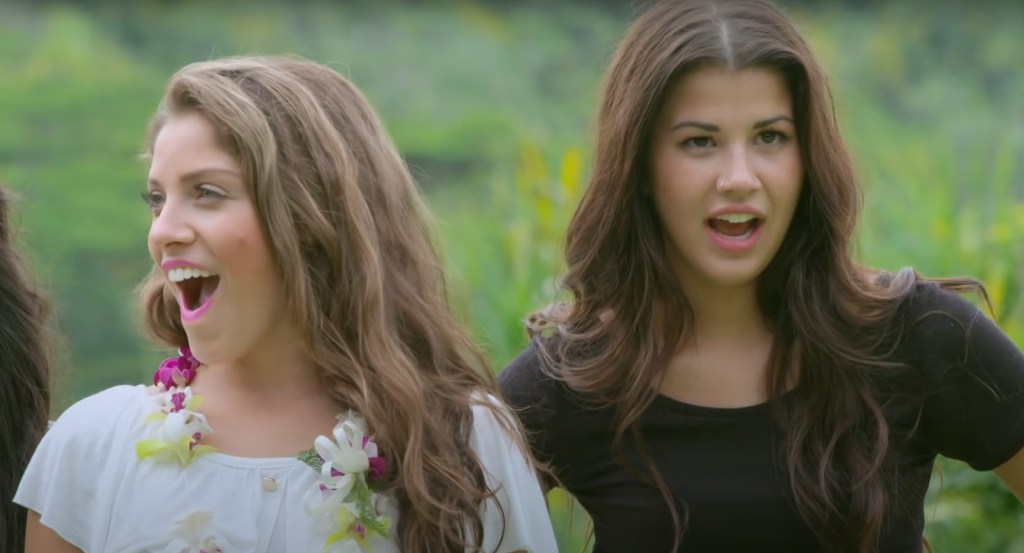 John “JJ” Jacobs and Ashleigh Feaster’s time on ‘Are You the One?’ season 1 was not the best as they had never paired with each other before the last ceremony. Nonetheless, it seems that nothing came of their apparent match. JJ did go on to become a part of ‘The Challenge’ season 26 and was paired with Simone Kelly. He has also made quite a career thanks to his successful eyewear line John Jacobs Eyewear.

Let’s move on to Ryan Malaty, who is now a successful actor and has been a part of ‘Reality High’ and ‘My Dead Ex.’ Presently, he is in a happy relationship with Crystal Harris Hefner, a model turned real estate investor. Lastly, Jessica Perez is happily married to Tommy Joe, and the couple will celebrate their seventh anniversary in November 2022. They have two beautiful children- a son named Easton and a daughter called Lainey.

Read More: Where Was Are You the One Season 6 Filmed?