Are You The One Season 6 Cast: Where Are They Now? Who Are Still Together? 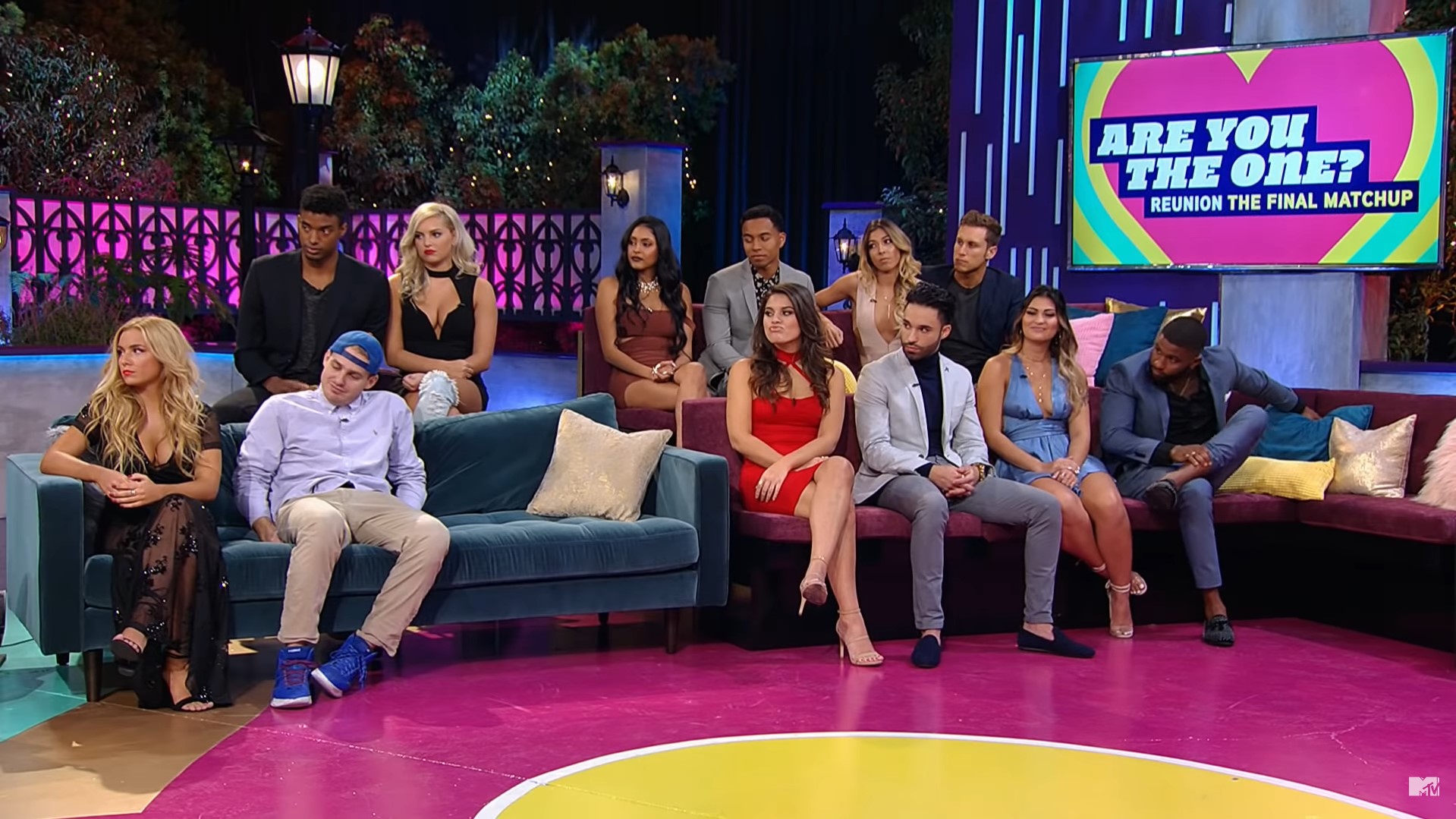 MTV’s ‘Are You The One‘ brings its own interesting twist to the tried and tested dating reality show formula. A group of single contestants are selected and then matched up by a matchmaking algorithm, which takes into account several variables, including their likes and dislikes. However, these pairings are kept secret from the contestants as they mingle with each other and build their own connections. At the end of every episode, a couple is voted to go to the Truth Booth to discover if they are a perfect match. As all the participants are a part of the voting process, they share a prize pot which effectively decreases with each wrong guess.

Season 6 of ‘Are You The One’ was quite interesting as the group did not manage to get a single pairing right for the first eight weeks. As the hopes to find a perfect match dwindled, luck finally smiled on the ninth week leading to the season’s first and only correct guess. However, as the remaining contestants continued to couple up, fans are now curious to know where the cast landed up post-filming. Well, let us take a look and find out!

Tyler and Nicole did not really build up a relationship throughout the season. Nicole was smitten with Dimitri Valentin from the very beginning, and although the two had to face quite a few differences and bumps along the road, they stuck to each other through it all. Meanwhile, Tyler chose not to get close to anyone and didn’t seem to find anyone he wanted to pursue a relationship with. Nevertheless, in week 9 of season 6, Tyler and Nicole were voted to visit the Truth Booth, which in turn declared them a perfect match. 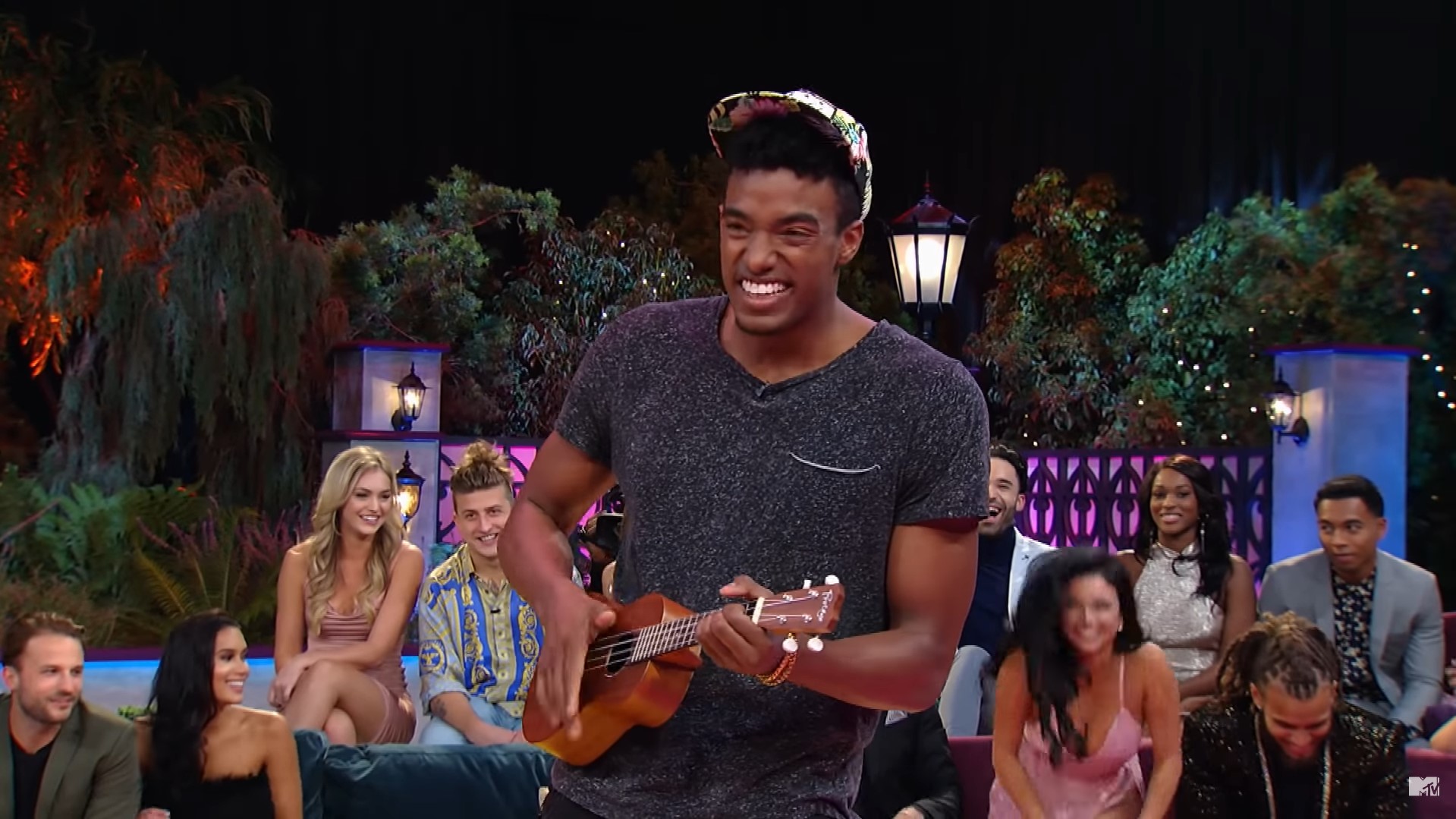 Still, to no one’s surprise, Tyler and Nicole chose not to seek a relationship as they had not connected previously. They concluded that a forced relationship might end in disaster and thus, decided to go their separate ways. Nicole, who goes by the name Nicole Amber on social media, is now a social media influencer and is dating Kevin Feltz. On the other hand, Tyler seems to like keeping his personal life under wraps making his current whereabouts unclear.

Although Tyler and Nicole were the only deduced perfect match, several of the contestants seemed to find love while filming the sixth season. Anthony Martin seemed interested in several women but sought a relationship with Geles Rodriguez. Although the couple seemed steady initially, they soon broke up and Anthony moved on with others. At present, Anthony is in a relationship with Shannon Duffy from season 5, and the two are parents to a beautiful baby girl. Geles is now enjoying life with her loved ones and is in a happy relationship with Michael Putzel. 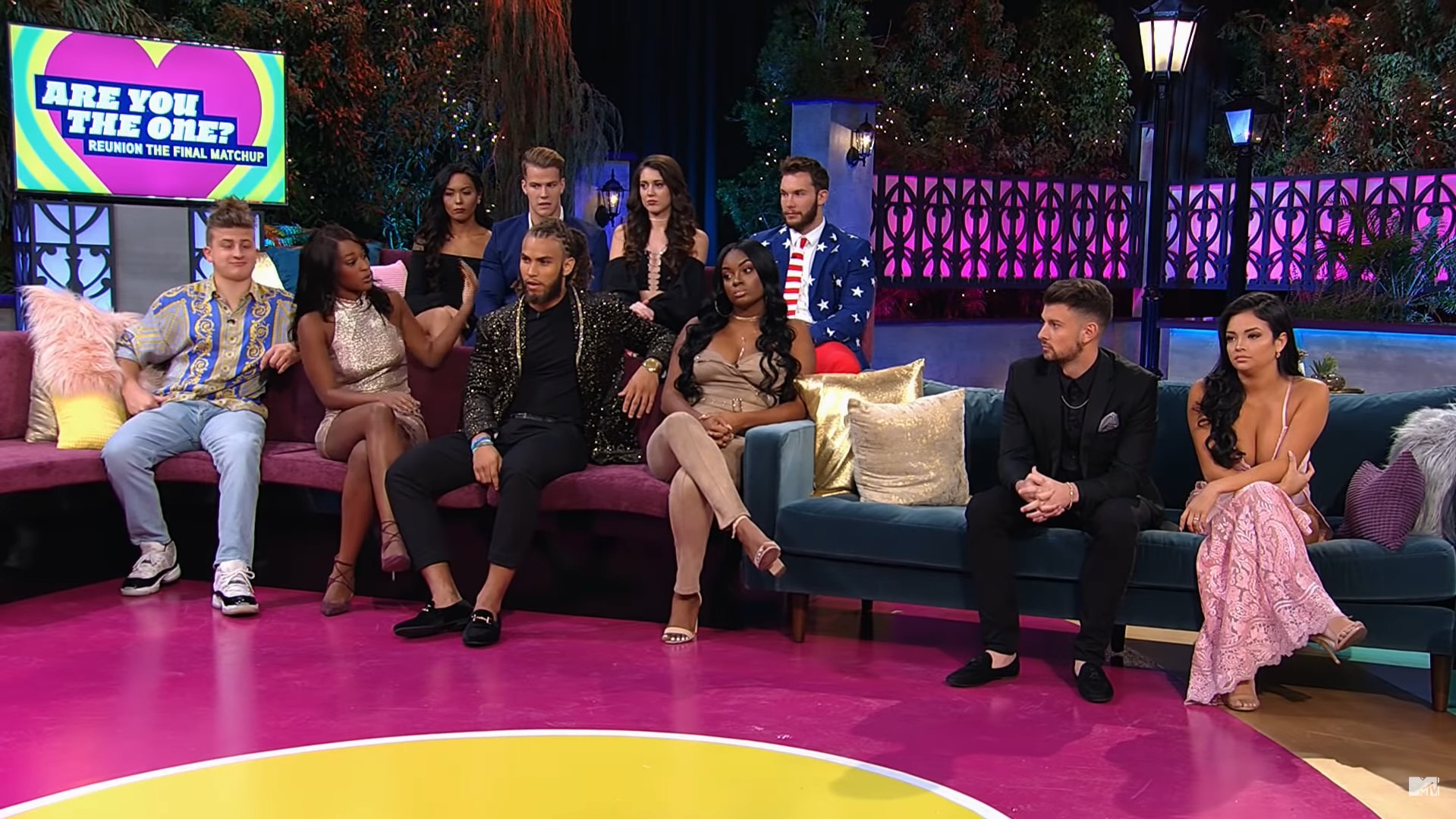 Keyana Land and Michael Johnson were reportedly the first couple to get together during the season. However, things did not work out, and they broke up soon after. Even the knowledge that they were a perfect match could not make them get back together. Keyana is a social media influencer, while Michael works as a fitness trainer. Moreover, Michael and his wife Cassie Johnson are parents to a baby girl.

Audrey Diaz sought a connection with Michael, but it did not work out either. Audrey is currently enjoying life and is in a loving relationship with Jeremiah Brittingham. Alexis Eddy and Keith Klebacher also seemed to have a connection during the season but eventually broke up. Shockingly, in January 2020, Alexis passed away after a cardiac arrest at just 23 years of age. Meanwhile, Keith seems to be in a happy relationship with Amber Lowe. 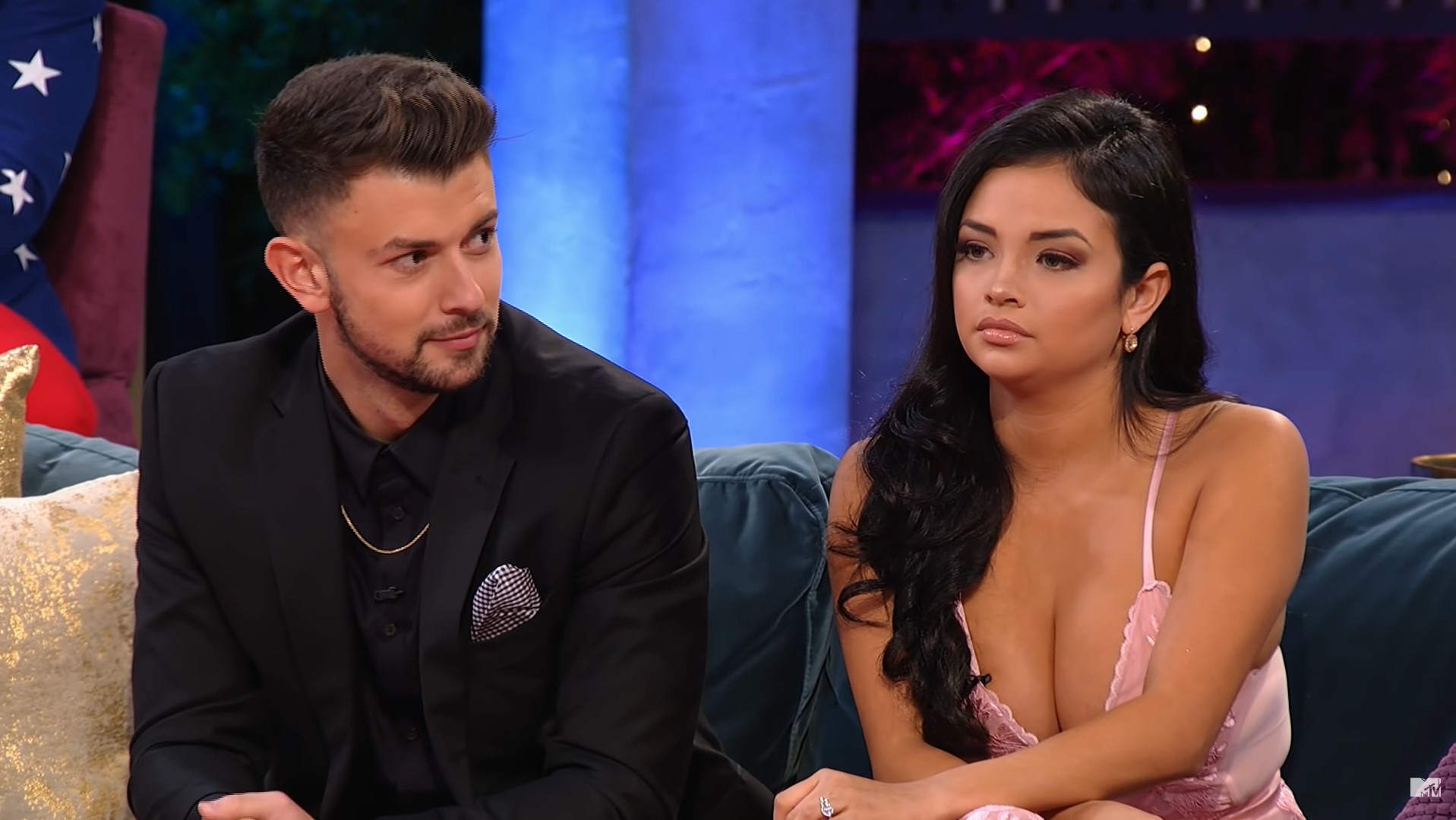 Even though Nicole Spiller showed a lot of interest in Dimitri from the beginning, their connection was seemingly doomed to fail. Dimitri is now a fitness trainer. Malcolm Drummer was interested in both Nurys Mateo and Diandra Delgado during season 6. However, none of those relationships worked out. Not much is known about Malcolm as he prefers to keep his personal life a mystery. As for Nurys, she currently works as a model and content creator, while Diandra is a social media influencer.

Clinton Moxam and Uche Nwosu seemed like the perfect couple and appeared very much in love. Although they weren’t a perfect match on the show, they decided to keep dating post-filming and made their relationship official during the season reunion. Fans would be overjoyed to know that the couple is still going strong and exchanged marriage vows in September 2021. 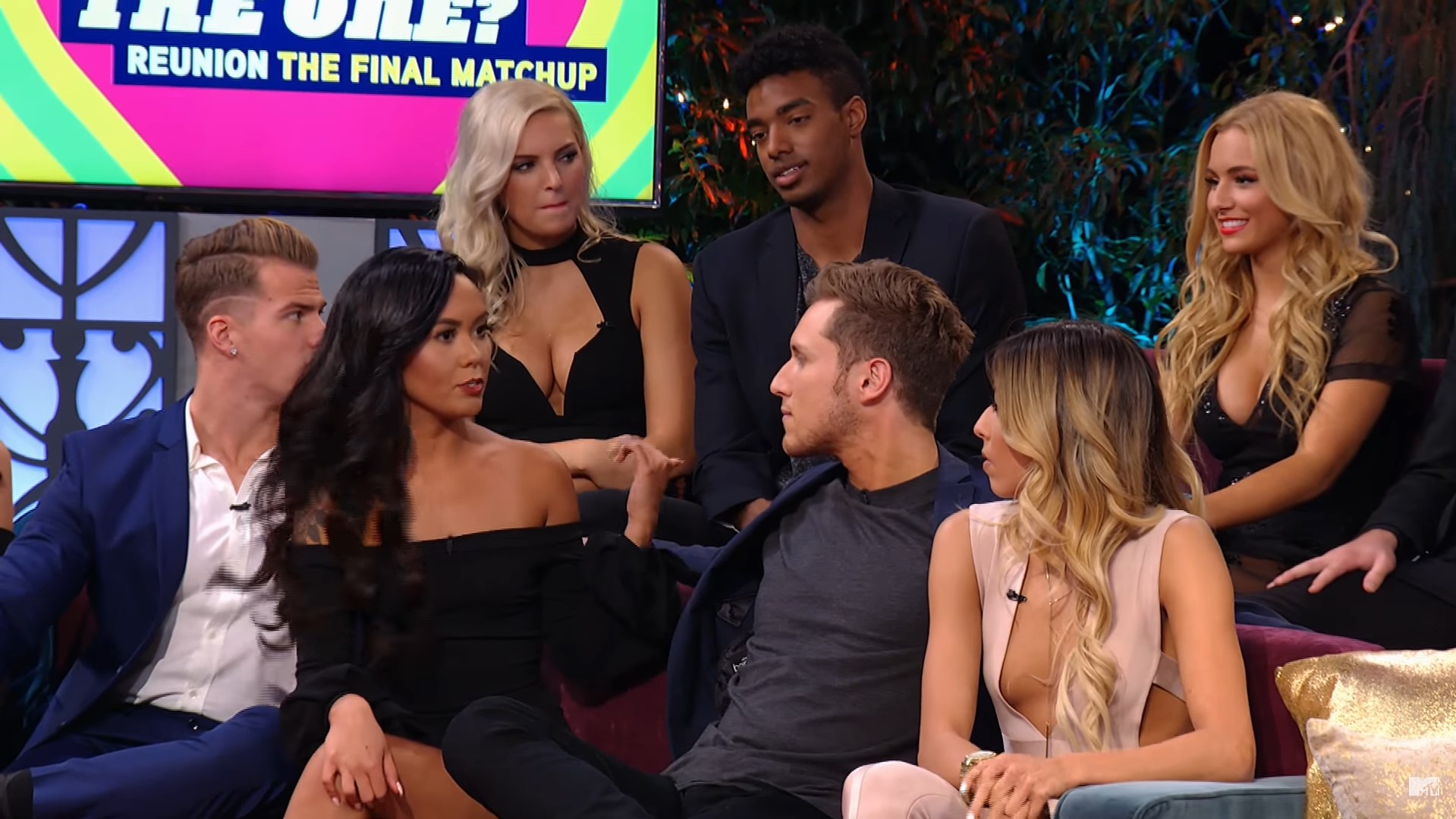 Kareem Fathalla and Alivia Hunter seemed quite taken with each other, although they had to navigate quite a tough road. Since then, they seem to have gone their separate ways and are living life on their own accord. Meanwhile, Joe Torgerson, who did not make any significant connections on season 6, has found love with season 4’s Mikala Thomas. The couple is currently engaged.

Ethan Cohen was an aspiring rapper during his appearance on the show, and it seems that he is still focused on his music career. However, it seems that David Shad has embraced a more private life and lives under the radar. At the same time, Jada Allen is the owner of two popular beauty brands, Lxglambeautybar and SHOP J. Symone, while Zoe Pugh is living her best life and is in a happy relationship with Frank Feola.

Read More: Are You The One Season 5 Cast: Where Are They Now? Who Are Still Together?