Are You The One Season 7 Cast: Where Are They Now? Who Are Still Together? 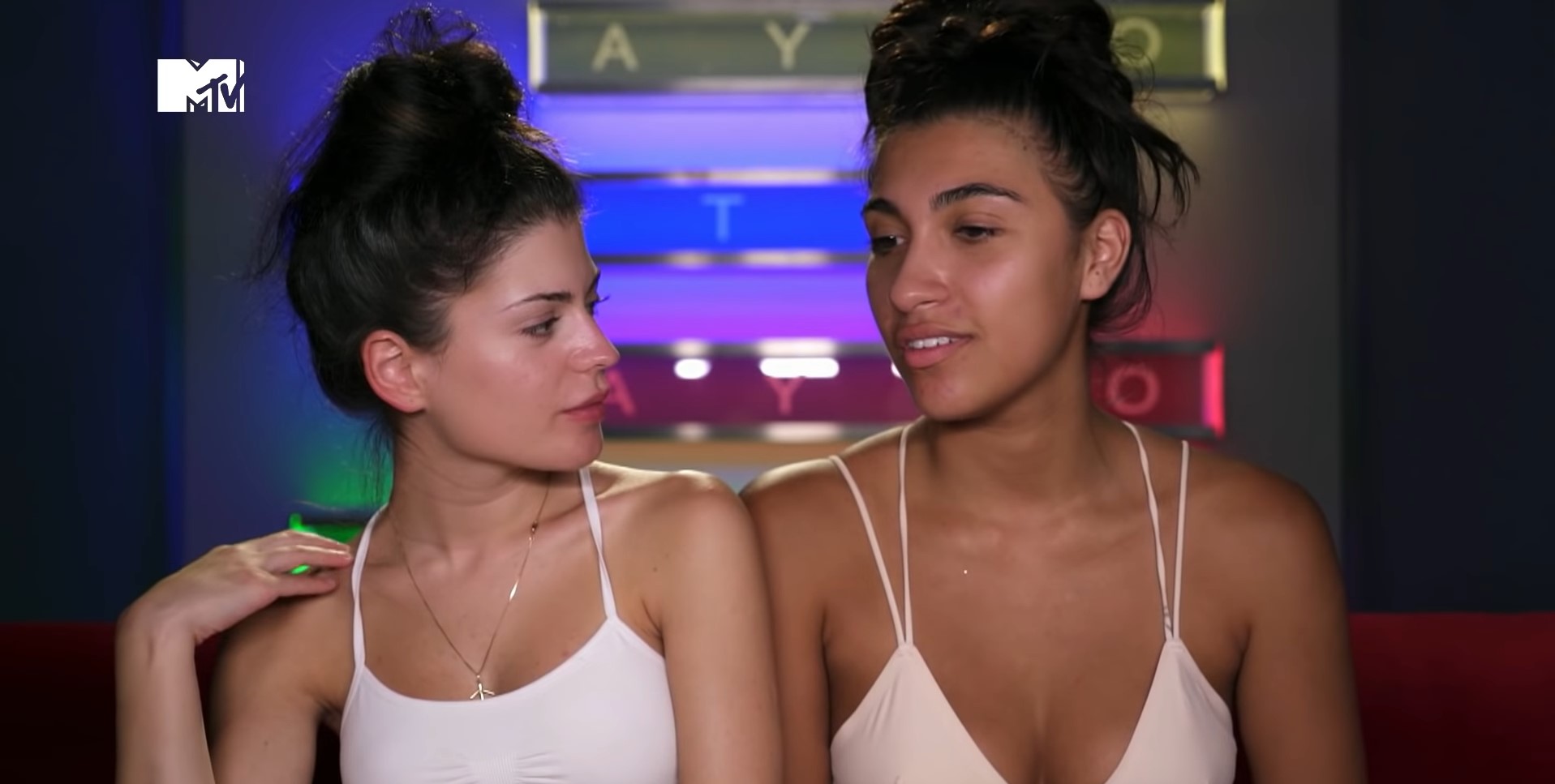 ‘Are You The One‘ is an interesting TV show that revolves around a matchmaking algorithm that takes a group of singles and splits them up into perfect matches based on several specifics. Yet, the perfect matches are kept hidden from the contestants as they get to mingle amongst themselves and make pairs of their own. Towards the end of every episode, the group votes on a couple to visit the truth booth, which reveals if they are a perfect match. However, contestants have to keep in mind that every wrong guess will result in money getting deducted from the total prize pool.

Ever since its premiere, ‘Are You The One’ has enjoyed a significant fan base, which has contributed heavily to its success. Thus, with the cameras turned away, fans are intrigued to know where the season 7 contestants are at present. Well, we come bearing answers!

Throughout the season, Shamoy and Maria built up a wonderful connection as a couple. They were sent to the truth booth at the end of week 3, and the whole group was ecstatic when they turned out to be a perfect match. Although their chemistry had already hinted at such an outcome, the romance ended pretty quickly as some troubling news came to the forefront. While on the show, fellow contestant, Nutsa, mentioned that Shamoy already had a girlfriend on the outside and was just toying around with Maria’s feelings. This did not sit well with Maria, and the pair finally decided to part ways.

Reports mention that following her breakup with Shamoy, Maria dated co-star Kwasi Opoku. At present, Maria is making a living as a model and has managed to build up a wonderful life for herself. She appears to be single and is quite happy with how her life is shaping up. On the other hand, Shamoy is also working as a model and actor and currently shares his time between Los Angeles, Atlanta, and New York City. Although his relationship status is under a cloud of mystery, we would like to wish both Maria and Shamoy the best for the future.

Considered a fan-favorite pair, many expected Tevin and Kenya to be a perfect match. They shared undeniable chemistry, and viewers were in awe over the dedication they showed toward each other. The couple entered the truth booth at the end of season 8 and were delighted to find that they were a perfect match. Since then, things seemed to go smoothly as Tevin and Kenya were glad to have found each other. However, during the reunion episode, they revealed that they had broken up.

Though Tevin and Kenya still believed they were each other’s favorites, the pair stated that their differing life goals led to the breakup. Interestingly, the couple appeared on season 3 of ‘Ex on the Beach’ and seemingly got back together. Yet, the relationship did not last long, as, by 2019, Tevin and Kenya confirmed that they had broken up permanently.

At present, Kenya is based out of Los Angeles and earns a living as a make-up artist. She seems to be quite happy on her own and has built up a wonderful life surrounded by family and friends. On the other hand, Tevin is currently employed as a Creative Director but has dabbled his foot into modeling and designing. Besides, he also had a taste of being an entrepreneur as he owns and operates his own sunglass brand, TG Perspective. It is great to see both reality stars doing so well in their lives, and we hope success never eludes them in the near future.

After trying their luck with other contestants, Brett and Nutsa finally got a chance to visit the truth booth together at the end of week 10. Much to everyone’s surprise, they were judged to be the last perfect match of the season. However, Nutsa wasn’t happy with the revelation as she felt that Brett had not aptly responded to her feelings. She indicated that she felt ignored by her perfect match; hence, the pair never got together. A few months after filming wrapped, Nutsa met model Oscar Morales, and the two began dating. They appeared to be going strong for quite some time but ultimately decided to part ways.

At present, both Brett and Nutsa are leading independent lives. While Brett seems to be having the time of his life surrounded by his loved ones, Nutsa is quite private when it comes to her personal life and hasn’t revealed much in public. Still, it seems like she is employed in the field of Product Development of Merchandising, and we hope she finds success in all of her future endeavors.

Where Are The Other Contestants Now?

Although none of the perfect matches lasted for long, Cali Trepp and Tomas Buenos did find love in season 7 of ‘Are You The One.’ Interestingly, Cali and Tomas weren’t a perfect match, and they even visited the truth booth with other people before coming across each other. Still, once they realized they shared a mutual connection, they stuck together and continued dating even after the cameras stopped rolling. In November 2021, Cali confirmed that the two were engaged, and reports claim that they are set to be married in June 2022. 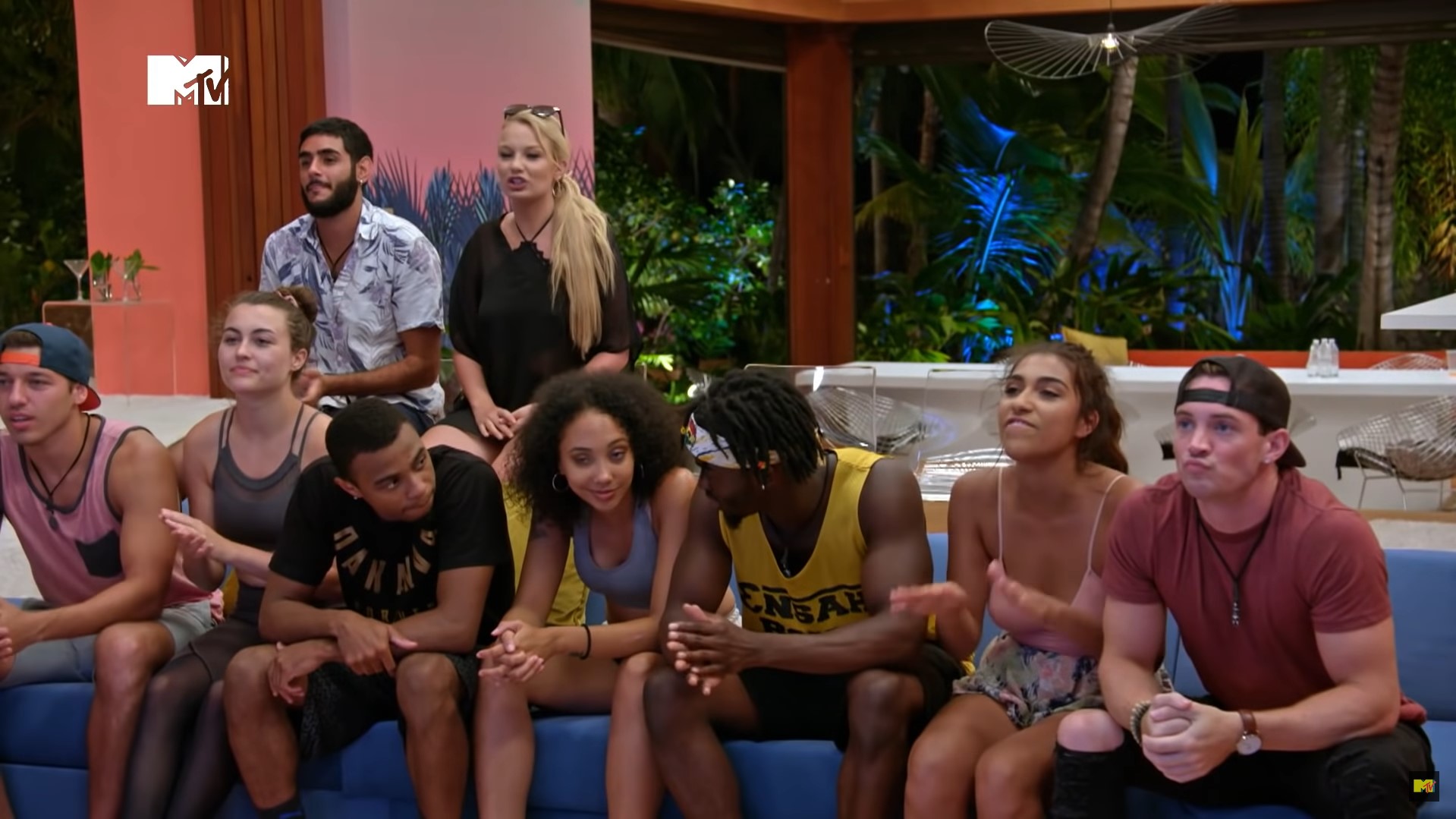 On the other hand, Daniel Vilk sought a connection with Samantha McKinnon, and the two wasted no time in getting together. Although they had intense chemistry, their relationship was plagued with issues that gave way to numerous disruptions. Ultimately, the on-again-off-again romance did come to an end, and as per reports, Samantha got back with an ex after filming. Unfortunately, not much is known about Samantha, as she has kept her private life under wraps, while Daniel appears to be single and is enjoying life with his loved ones. 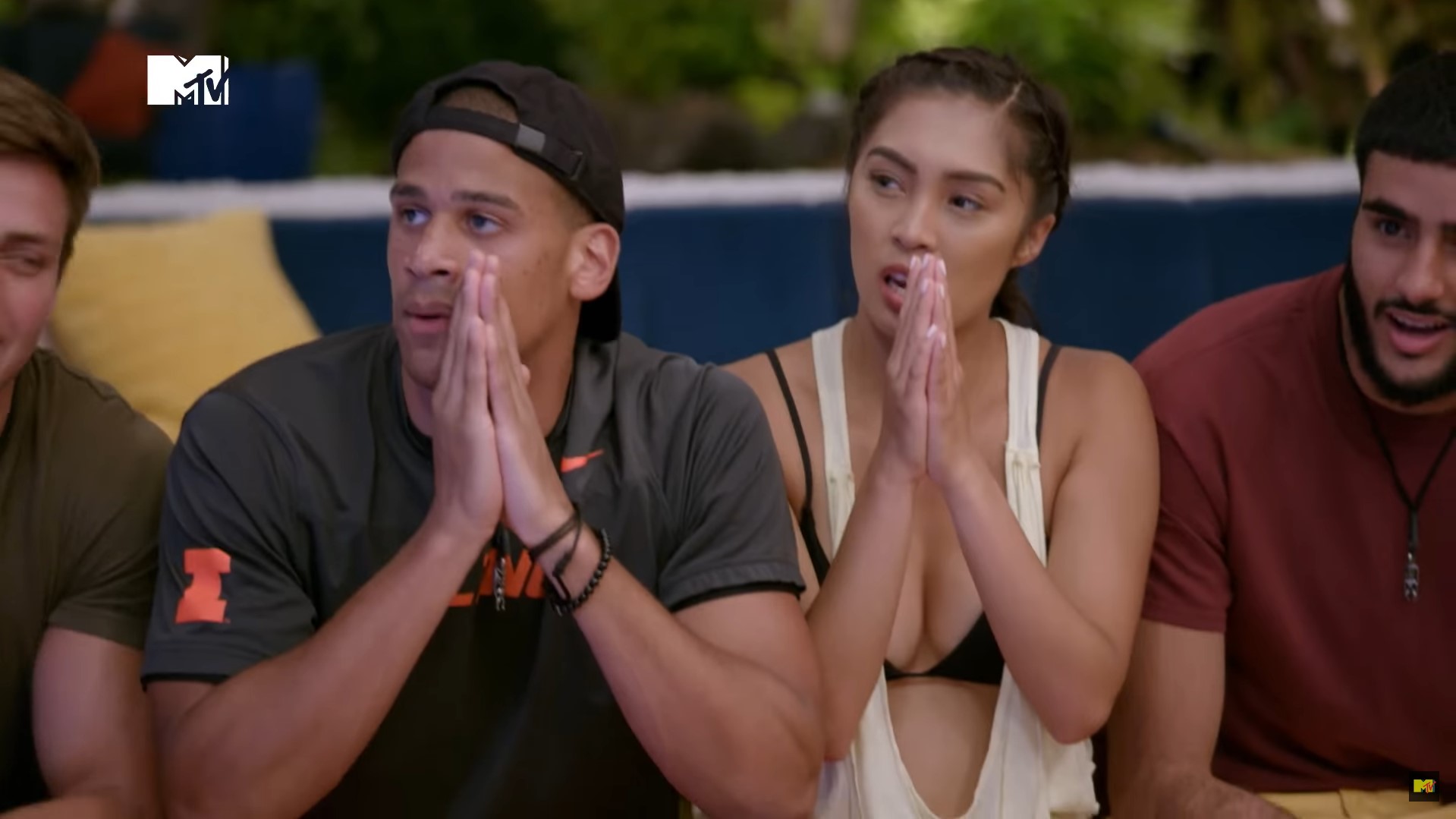 Although Kwasi Opoku and Lauren Roush initially seemed to be into each other, they had a massive fallout on screen and contributed significantly to the drama in season 7. Interestingly, they even got together for a short while but soon decided to separate. At present, Lauren has kept her matters private, while Kwasi is earning a living as a model and actor.

On the other hand, Cam Viney and Kayla Umagat seemed to share a soft spot for each other, and their relationship blossomed over time. However, the couple was shocked to learn that they weren’t each other’s perfect match, which soured their connection. Ultimately, they contemplated that their disparate life goals could act as a hindrance to the smooth functioning of their relationship. Hence, Cam and Kayla parted ways. Since the cameras stopped rolling, Cam has decided to embrace privacy, while Kayla is based out of Los Angeles, where she works as a model. 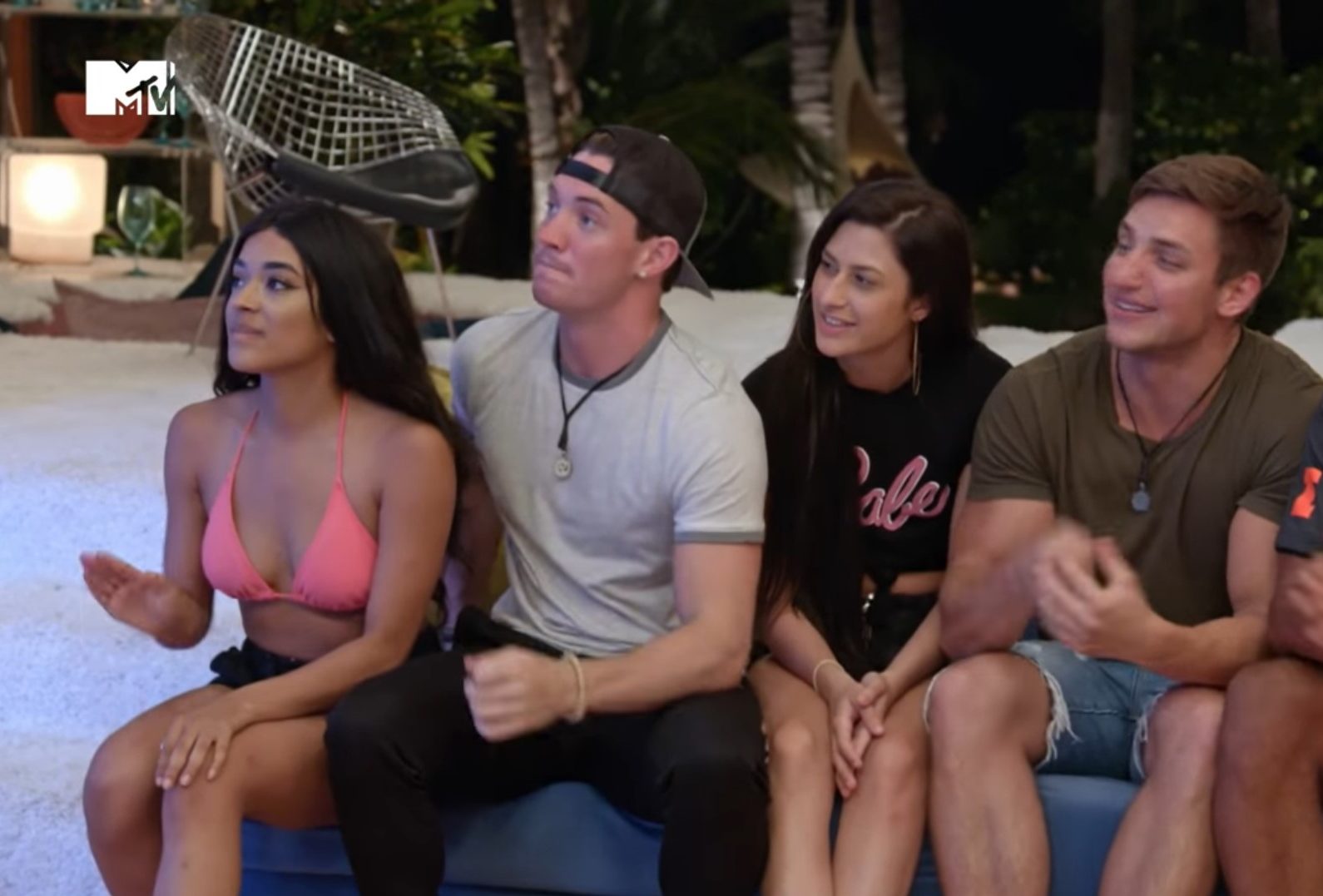 Interestingly, Morgan Fletcher and Zak Jones were another pair who felt an initial spark between them but parted ways before filming ended. Although they seemed like a perfect couple, Zak mentioned that the spark did not stay relevant for long, and Morgan soon realized she had no feelings for Zak. Morgan also mirrored her views and made it clear that their chapter had ended. Like many of her castmates, Morgan has slipped under the radar after filming, while Zak is happily married to Ali; the two are proud parents to a wonderful child.

Read More: Are You The One Season 6 Cast: Where Are They Now? Who Are Still Together?