Are Zeina and Farhana From Dubai Bling Still Friends?

‘Dubai Bling’ follows the who’s who of Dubai as they go about their daily routines and navigate a high-profile social life. The show provides an authentic window into the lives of the rich and famous and takes us behind the scenes of extravagant parties and luxury events, and million-dollar business deals, among others. Besides, a handsome helping of everyday issues, steamy romance, and high-octane drama make ‘Dubai Bling’ a thrilling watch.

Although Dubai-based real estate mogul Zeina Khoury mentioned that she used to be friends with social media influencer Farhana Bodi, the show hinted that they might have had a minor fallout. Moreover, their initial interaction on camera felt pretty cold, making viewers question if the two are still friends. Well, let’s find out, shall we?

With Zeina introducing most of the cast members on ‘Dubai Bling,’ the CEO of a top-rung real estate agency mentioned she used to be good friends with Farhana Bodi. At that time, the latter was trying to build an online presence by working as a model and makeup artist on the side, and it did not take long for her and Zeina to build up a close friendship. 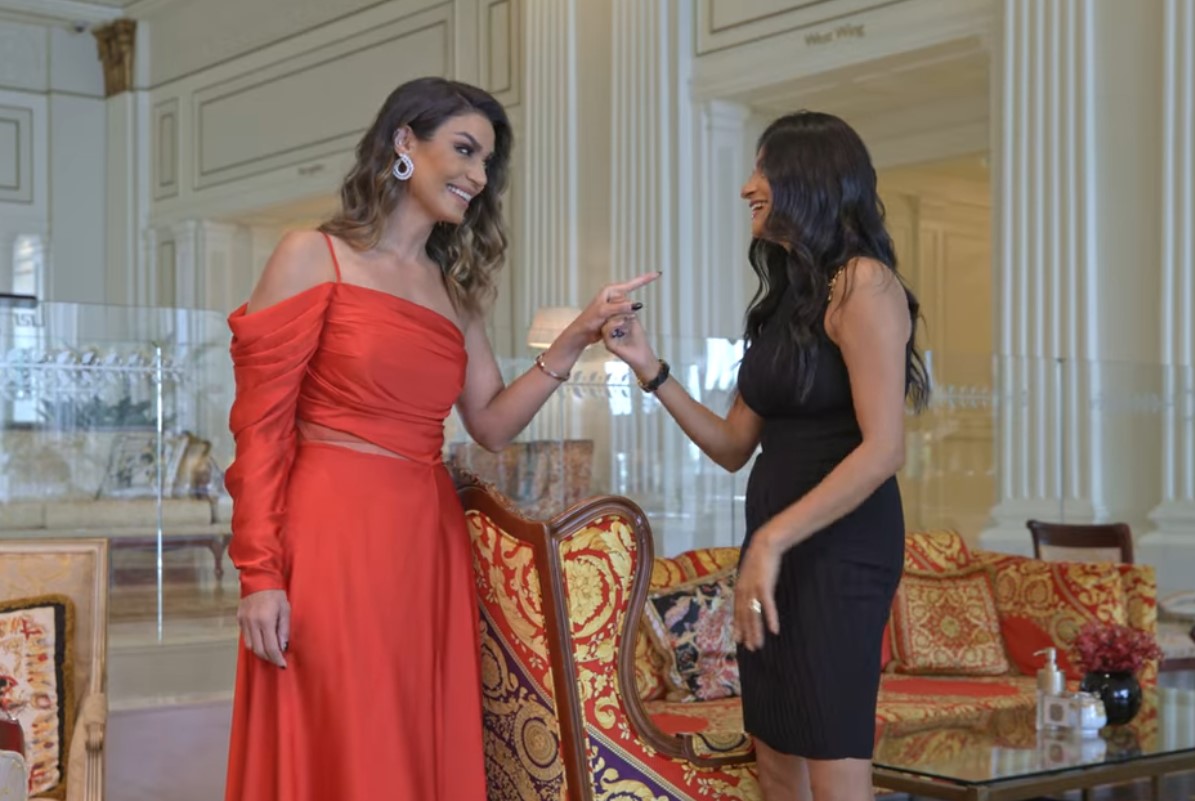 Unfortunately, with Farhana gaining online fame, the friends began drifting apart until they barely talked once in a while. Zeina mentioned that at a Versace event, the influencer had walked in and greeted the person sitting in front but didn’t even appear to recognize her. Naturally, the real estate mogul was hurt by her friend’s behavior, yet the resentment intensified inside as they never talked about their issues.

While on the show, Zeina came across Farhana when she was in the middle of a photoshoot with her son. Despite their differences, the former stopped to say hello, and Farhana seemed happy to see her. The real estate mogul even confronted her about the incident at the Versace event, and the latter claimed it was an honest mistake on her part as she was too busy to notice anyone. Although Zeina seemed to accept her apology and even acknowledged her as a friend, she stated that ever since Farhana obtained online fame, she has been obsessed with brand deals and sponsorships.

Zeina stated that the social media influencer wasn’t interested in anything apart from marketing and claimed that Farhana would often put on a fake persona in front of others. Still, as the season progressed, the real estate professional had more significant problems, including her massive altercation with Ebraheem Al Samadi, which made her issues with Farhana Bodi take a backseat.

Zeina and Farhana post regular updates for their followers on social media, but they haven’t talked much about their relationship. Despite them maintaining a close relationship with their ‘Dubai Bling’ co-stars, the two barely feature on each other social media accounts and don’t appear to interact much in public. Zeina calling Farhana a fake person will not sit well with the social media influencer; further fuel was added to the fire once other cast members began accusing Farhana of using a sponsorship deal to finance her birthday bash.

During such accusations, Danya Mohammed came to Farhana’s defense and spoke out in her favor. In the future, this harmed Zeina and Farhana’s relationship as Danya, who was also on Ebraheem’s side, got into a severe physical altercation with the real estate mogul. Still, we are happy to report that Zeina Khoury and Farhana Bodi follow each other on Instagram, making us believe they maintain a cordial relationship.

Read More: Dubai Bling Season 1: Where Are They Now?