Dubai Bling Season 1: Where Are They Now?

Netflix’s ‘Dubai Bling‘ is a reality series that follows some of the wealthiest residents of Dubai, UAE. The cast members are part of the same social group and have different relationships with each other. While some friendships result in heartwarming moments, others turn sour with time.

Through the show, viewers get a front-row seat to witness the personal and professional lives of the featured celebrities. With the recent release of the first installment of the series, fans cannot help but be curious about what the cast members are up to these days. If you have similar questions, then worry not because here is everything we know about the same!

Where is Zeina Khoury Now?

Zeina Khoury was one of the most prominent faces during the first season of ‘Dubai Bling.’ Currently, she works as the CEO of High Mark Real Estate Brokers, having completed over a decade with the company in January 2022. Zeina is the Co-Founder of BookAnyService.com, allowing users to book different services online.

The real estate mogul completed her Executive MBA in Business Administration and Management, General, from London Business School in July of 2022. As for her personal life, Zeina is happily married to her husband, who prefers to stay out of the limelight. The couple has two beautiful children, a son named Joey and a daughter named Alexa.

Where is Safa Siddiqui Now?

Nobody embodied fashion and luxury in the Netflix show like Safa Siddiqui. The reality TV star of Iraqi descent was once part of the real estate industry but has since retired. She has recently entered the field of fashion design and already has a line of clothing in partnership with Shein. Safa has been happily married to Fahad Siddiqui, a businessman from India, since 2019. The couple has a beautiful daughter named Alina, born in 2020. The family is awaiting the addition of a baby and presently lives in their house in Palm Jumeirah in Dubai, which they plan to renovate.

Where is Loujain “LJ” Adada Now?

Though Loujain “LJ” Adada left her modeling career behind after getting married to Walid Juffali, the reality TV star seems set to return to the industry. This is likely due to her appearance in the Netflix reality series in which she had a prominent role. LJ is a dedicated mother to two beautiful girls whom she adores from the bottom of her heart. Her move to Dubai has been relatively recent, but it has not deterred her from becoming a force to be reckoned with in Diamond City.

Where is Farhana Bodi Now? 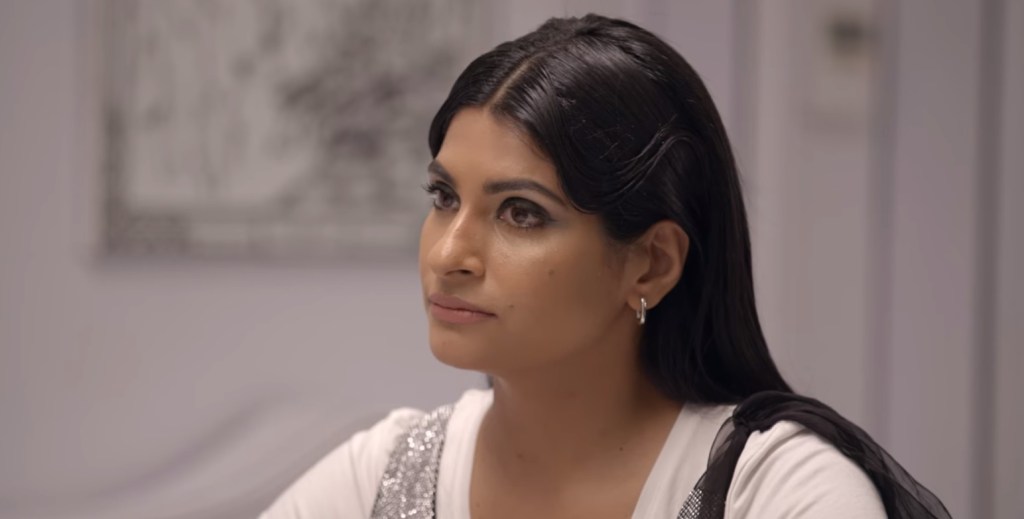 As a social media influencer, Farhana Bodi has gained a lot of fans thanks to her time on the show. Across various platforms on the internet, Farhana has approximately 1.5 million followers and is often seen sponsoring different brands and products. The reality TV star has a son named Aydin, whom she co-parents with her ex-husband, Heroies Khan. Even Aydin has an Instagram platform that has over 100,000 followers. Farhana is also the mind behind ‘I Woman of the World,’ a lifestyle blog, and works as a model on different occasions.

Where is Kris Fade Now?

Kristan Fahd, AKA Kris Fade, is a well-known name within Dubai’s entertainment industry, thanks to his job as a radio show host. Originally from Lebanon, his family moved to Australia when he was young. At present, Kris works at Virgin Radio and is the host of ‘The Kris Fade Show,’ a breakfast show that airs in Dubai as well as Australia through KIIS 1065. The reality TV star is additionally the founder of Fade Fit, a company that offers healthy food options. On March 22, 2022, Kris Fade married his long-time girlfriend, Brianna Ramirez. He has two daughters, Zahra and Ariani, from his previous marriage.

Where is Brianna Ramirez Now?

Currently, Brianna Ramirez, now Brianna Fade, works as the Brand Manager for Fade Fit. The Mexican-American married Kris Fade on March 22, 2022, and the couple celebrated their honeymoon in the Maldives. Brianna has a loving relationship with her step-daughters, Zahra and Ariani, who call her “B.” Furthermore, the reality TV star seems close to her mother-in-law, Gilda Fahd. The family often goes out on fun outings to places across the world.

Where is Lojain “Lo” Omran Now?

Saudi TV personality Lojain “Lo” Omran was among the most well-recognized faces in ‘Dubai Bling’ season 1. The celebrated TV Host presently lives in Dubai, though she often travels to Saudi Arabia for work. She has over 10 million followers on her social media platforms, which allows her to partner with multiple brands and get profitable sponsorship.

Lojain seems to be planning on transitioning to the field of acting. She celebrated her 45th birthday on October 26, 2022, and is eager to see what life brings next for her. The TV star does not seem to be involved with anyone romantically as of writing, though she does have children, whom she adores.

Where is Fahad Siddiqui Now?

‘Dubai Bling’ season 1 featured many wealthy businessmen, including Fahad Siddiqui. Though he lives in Dubai, his family is originally from India, and a significant part of his work is based there. Fahad currently serves as the Managing Director of Indo Rise General Trading LLC, a company he owns. Moreover, he is the Executive Director of his family’s business based in Mumbai, India. In 2019, Fahad married Safa Siddiqui, a woman of Iraqi descent, and the couple had a beautiful daughter named Alina in 2020. They await another child and are working on expanding their house in Palm Jumeirah.

Where is Ebraheem Al Samadi Now?

Ebraheem Al Samadi built himself as an entrepreneur from 14 and has utilized his skills to further his businesses and that of his family. Currently, he serves as the Founder and CEO of Forever Rose, which specializes in providing floral services that last a long time. The company even has a cafe, a fragrance line, and other products.

In addition, Ebraheem is the CEO of Retail for the Al Samadi Group, which was created by merging his work and that of his father. He owns nine companies, including My Imenso, Wired Up, The Chickery, Juicy, etc. The reality TV star has an impressive social media following.

Where is Marwan Al-Awadhi Now?

World-renowned musician Marwan Al-Awadhi, AKA DJ Bliss, was a part of ‘Dubai Bling’ season 1. The DJ has recently released a song titled ‘Halla Walla,’ which features artists like Shaggy, Daffy, and Flipperachi. Marwan’s other recent song, ‘Danya (Eminado),’ was created with the help of The Great Eddy and is dedicated to his wife, Danya Mohammed.

DJ Bliss is the owner of Bliss Inc Entertainment, Karak Inc Eatery, and SELEKT. The reality TV star performs 411 Nights at Blu Dubai, a popular nightclub in Dubai, every week. Not just that, DJ Bliss shares vlogs on Youtube, which document multiple aspects of his everyday life. With his wife, Marwan has two children named Zayed and Meera.

Where is Danya Mohammed Now?

Lastly, we have Danya Mohammed, better known as Diva Dee, on the internet. The content creator has a large following on YouTube and Instagram, where she often shares reviews regarding different makeup and fashion products. Danya is happily married to Marwan Al-Awadhi, AKA DJ Bliss, and the couple shares two beautiful children, Zayed and Meera. Thanks to her impressive social media following, she is often sponsored by brands like Bambini Fashions, Mahallati Jewellery, Gucci, and Gaffe Studios.