Are Zoe and Cody Still Together? 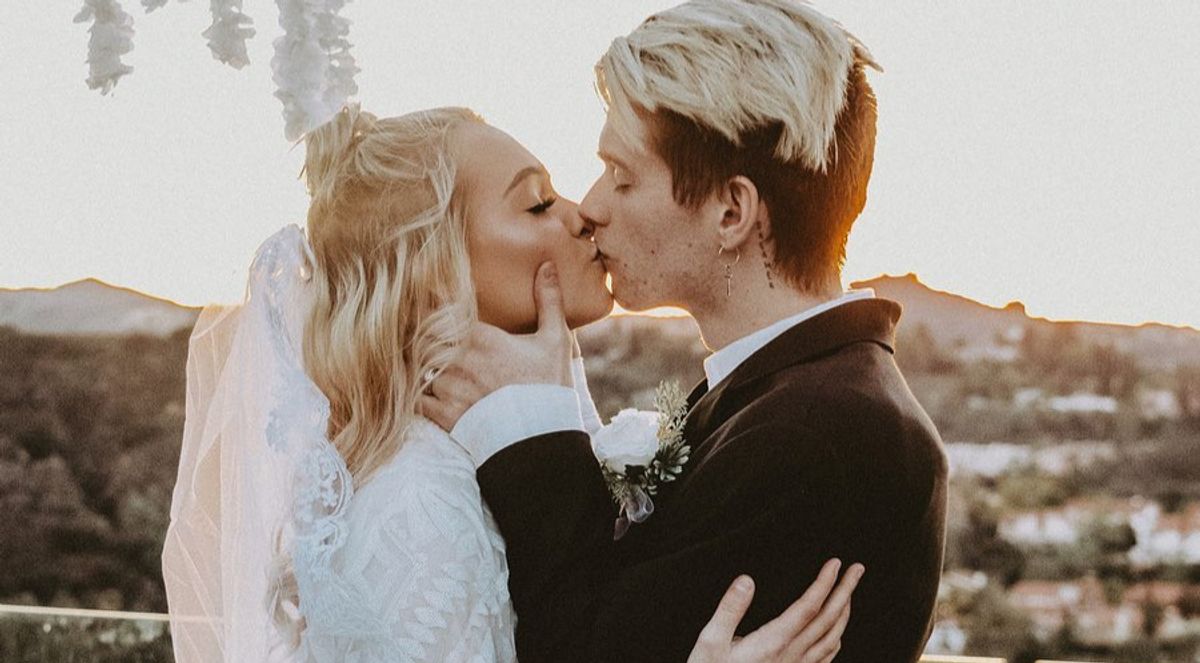 Creating content on the internet, specifically in the video format, may seem easy, but it is not, especially when you are putting your whole life on display for anyone in the world to watch. But, some people manage to do that, and they manage to do it well. Zoe Laverne and Cody Orlove are such people.

Zoe and Cody, whose ship name is Zody, are a pair who met through the internet and connected via their love for creating video content. Cody gained popularity on social media thanks to his charming looks and lifestyle content, but he really blew up when he joined TikTok and started posting karaoke videos. After that, when Zoe sent him a message just to congratulate him, the two got to talking and formed an incredibly close bond, which led to the start of their romantic relationship.

In late 2017, they began dating and started their career as YouTubers as well. A year later, in March of 2018, they combined their efforts and started a new joint channel that was completely based on their relationship. Each video there includes both of them together, and their content usually consists of them either prank each other, or doing challenges, or just sitting down for a chatty video to give fans an update about their lives.

Though the couple broke up in 2019 because of Zoe cheating on Cody, after a few months apart, the pair began filming together again. They said that no matter what, they remained friends and want to create more videos together because of how well they know each other and because of their fans. Even after going through a very public breakup and having trolls harass them, the pair, through sheer determination and affection for each other, managed to come out on top.

After the whole Cody going missing debacle in August 2019, the pair went back to continually uploading videos on their joint channel to keep their fans stated. As for their separate channels, while Zoe’s uploads are more sporadic, Cody is quite active. Wondering what Zody’s relationship status is now and what they’re up to?

Are Zoe and Cody Still Together?

Yes, they are! It turns out that the couple managed to not only be friends after a bad breakup, but they also succeeded in talking about it and are now back together, giving their relationship another go. From their social media platforms, it looks like they are stronger than ever. Their combined 20 million followers on TikTok, 3 million follows across their separate and joint channels on YouTube, and over 4 million Instagram fans couldn’t be happier about it.

Zody even recently celebrated their six month anniversary, and Zoe didn’t shy away from taking to Instagram to gush about how happy she is with Cody. She uploaded the following picture, and alongside it, she wrote: “happy 6 months to the love of my life. you have done nothing but make me insanely happy. i am so thankful and blessed to have you in my life and i will cherish you forever. from the day i met you i knew you were something special. i appreciate you so much cody allan orlove.. and i will love you for eternity <3”

If you want to see more of their cuteness, in early 2020, they even uploaded a video in which they got married, but it was only for a day. Although, in the description of it, Cody did write, “We wish this could be real, but we wanted to try it out. We’re too young, and definitely need more time. Just remember, one day it’ll actually happen.” They promised that they would eventually, one day, walk down the aisle and tie the knot for real, promising to spend the rest of their lives with each other.

“I always knew and hoped this day would come,” Cody said in the video. “It’s been a long three years, and with that came laughter, love, excitement, and thrill, and now it’s officially here, and I’m nervous, and I even have butterflies in my stomach. But it was all worth it because I get to marry this beautiful, amazing, talented, hilarious girl that is mine and now is mine for 24 hours.”

We do hope that Zoe and Cody can make their relationship work in the long run and are remain blissfully happy. Check out their wedding video below: