Are Ariela and Biniyam From 90 Day Fiance Still Together? 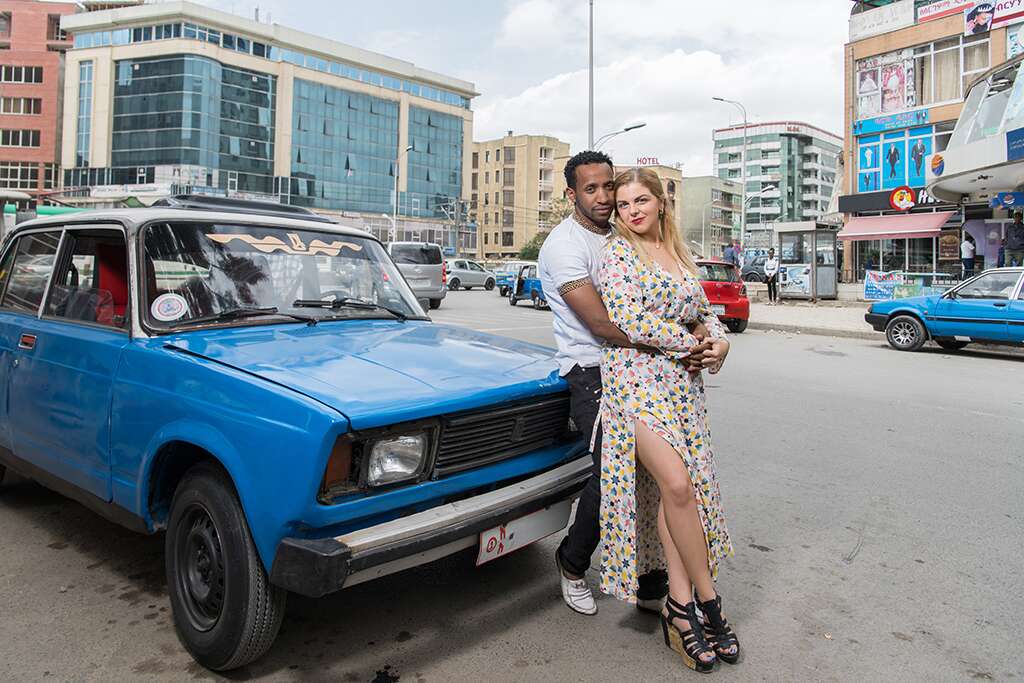 The stories of international couples have always fascinated fans, not just because of the way they choose to handle the obstacles that come their way, but also because of their clashes and their hopes of coming on top of it all against all the odds. And TLC’s 90 Day franchise has never let up the opportunity to give the fans what they need. One after another, they make sure to release a new season of the original or any of its spin-offs to ensure that the fans are always invested.

’90 Day Fiance: The Other Way’ is one such spin-off. By having the American half of the couple move abroad to start their life with their partner, this series depicts all the cultural shocks, drama, heartbreak, and romance that ensues after the move. Season two of this series, airing right now, is giving us the story of six such international couples, one of whom includes Ariela and Biniyam.

Ariela wasn’t looking for love when she met Biniyam in his home country of Ethiopia. Fresh out of a divorce, the 28-year-old Princeton, New Jersey native, Ariela took a page out of ‘Eat Pray Love’ and decided to travel the world and rediscover herself. On the way, the writer made a stop in Ethiopia, where she met and fell in love with the 29-year-old martial artist, dancer, and personal trainer, Biniyam.

On the show, she revealed that she actually wasn’t looking for a relationship, but when she saw Biniyam on the street, she just had to give it a go and talk to him. “I was waiting for a taxi outside a local hotel, and I saw a very attractive guy,” she said. “I yelled out, ‘Don’t I know you from somewhere?’ And it actually worked.”

From then on, their relationship moved fast, and in just three months, despite Ariela’s initial hesitancy of having a boyfriend, they were in a serious relationship and later on found out that she was expecting their first child. The couple decided to start their family in Ethiopia itself, but because of health care reasons, Ariela moved to America for a few months before traveling back to give birth to their baby and raise them together.

Biniyam’s previous marriage to a woman who resided in America and his inability to get a visa to travel there proved that he wouldn’t easily be approved for the K-1 visa either. Therefore, Ariela was the one who left her life in America behind and moved. Their relationship, however, will not be easy. Apart from both of their previous marriages playing a role in their current relationship, other factors will also come into play as to how their romance will unfold.

Not only will Ariela have to adjust to the cultural differences after moving from America to Africa, but she will also have to confront Biniyam about the harsh living conditions that she faces and the questionable medical practices in the country. It would be a far cry from what her normal life in America was like. So, the only question that remains is whether they were able to make their relationship work or not.

Are Ariela and Biniyam Still Together?

The answer to this question is, unfortunately, a little unclear at the moment. Keeping up with TLC’s no spoiler rules, both Ariela and Biniyam have kept their social media accounts devoid of any clues as to where their relationship stands now. Even though Ariela would have given birth to their baby by now, she hasn’t even posted any pictures of them on her feed. So, it looks like we’re going to have to watch their relationship unfold with the rest of the world, on the series itself.

Read More: Are Ed and Rosemarie From 90 Day Fiance Still Together?