Arranged: Where Are They Now? Who Are Still Together? 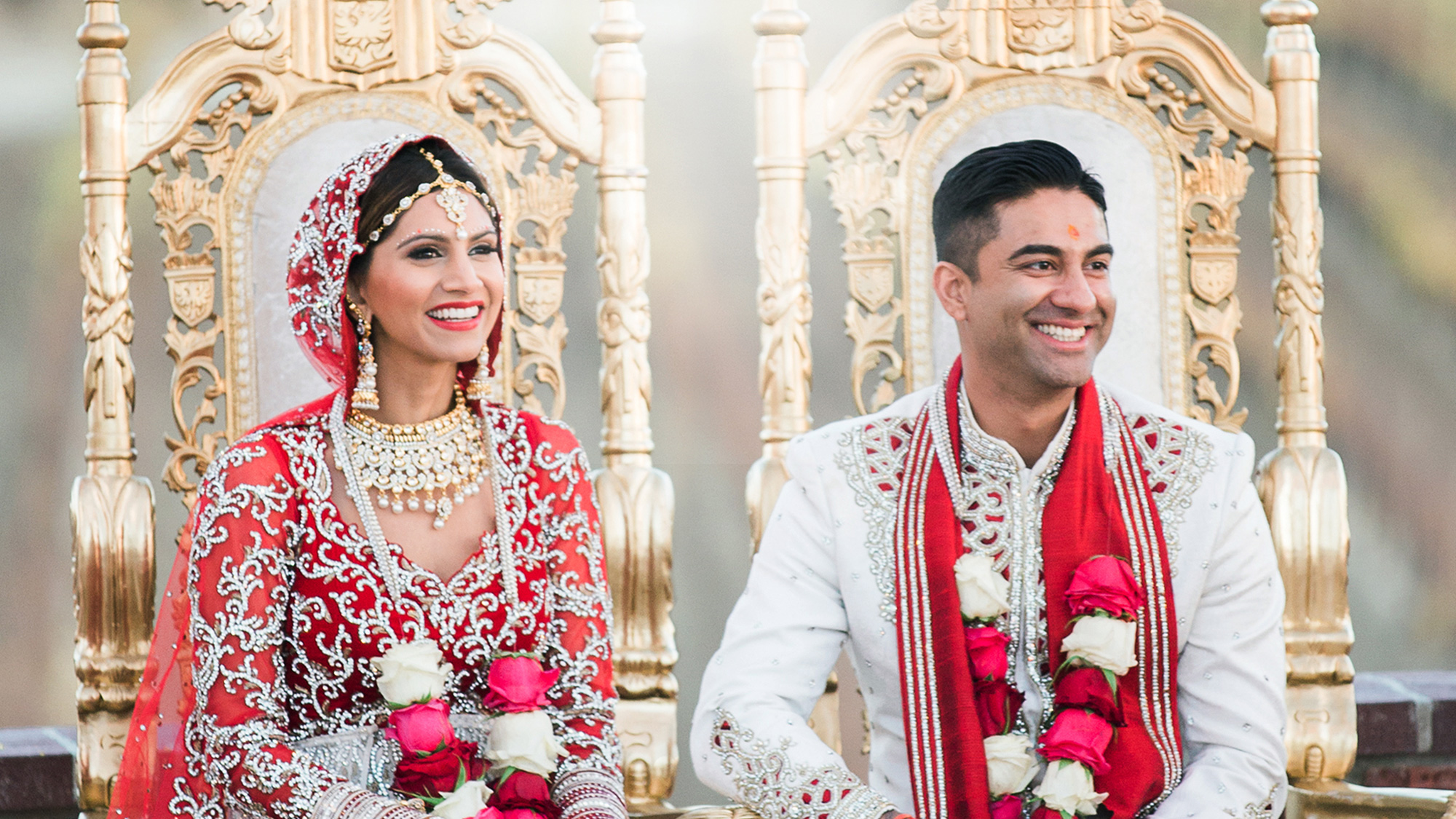 Arranged marriages might sound old-fashioned to some, yet for a long time, the matchmaking process was the norm in several communities, many of which still follow the tradition. But what exactly does the process entail in the modern setting? Well, FYI’s ‘Arranged’ has just the answers you might need. The reality show first premiered in 2015 and ran for two whole seasons before its end in 2016. Through the show, viewers were introduced to six sets of couples whose match was decided not by them but by their families and other third parties.

Naturally, the journey for these wedded couples was far from ideal and led to some engaging drama. With over six years since the finale, fans are curious to know what happened to the participants of the social experiment. Were they able to find their happily ever after with their provided partner, or did they separate in search of someone else? As invested fans, we are here to find out the same!

Where Are Maria and Christian Miller Now?

Let’s talk about Christian and Maria Miller, who got married at 18 through an arrangement made between their families. The two are of Romani descent, hail from Queens, New York, and refer to themselves as Roma Gypsies due to their lifestyle. As of writing, the couple seems to be still together. Their relationship certainly raised several eyebrows on the show, between Christian’s seemingly controlling parents and Maria slapping her husband. 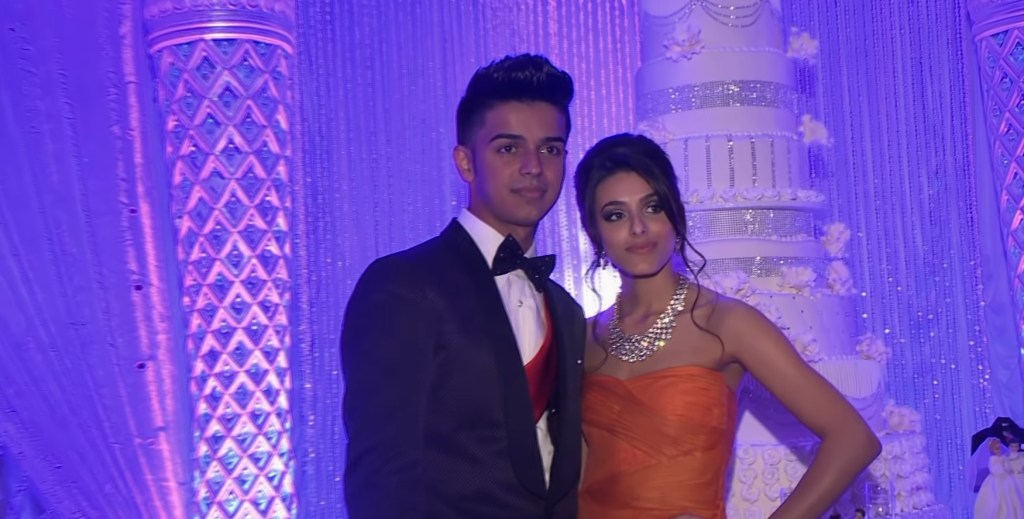 However, on their YouTube channel, the married duo has shared that they did not feel they were appropriately represented on the show. Since their time on ‘Arranged,’ the Millers have had two kids. Their daughter Allison was born on April 15, 2016, while their son Michael came into the world on September 13, 2017. Maria and Christian like to keep their fans updated about their life journey through their YouTube channel and indulge in fun activities.

The family’s primary source of income seems to be Christian’s roofing company. Moreover, Maria sold flowers at local restaurants, following in the footsteps of other Roma women; however, the Covid-19 pandemic halted that. Despite their close relationship with their parents, the couple moved out of Christian’s parents’ house a long time ago in want of a new space. The shift was partly motivated by the fact that Christian’s two brothers had also gotten married and started their own families in the house.

Where Are Meghan and Josh Tavernier Now?

Season 1 of ‘Arranged’ introduced the viewers to Meghan and Joshua “Josh” Tavernier, whose grounded and calm personalities endeared them to the viewers. Their set-up alliance seems to have worked out as the South Carolina couple is still going strong. Since their time on the reality show, Meghan and Josh have welcomed two children into the world.

The Taverniers’ eldest, Joshua Jr., was born in June 2017, while their daughter Magnolia came into the world in April 2019; recently, the kids attended the first day of their respective school years. The family has an adorable dog named Gandalf and lives in Anderson, South Carolina. As of writing, Josh seems to be thriving in his career as a radiologist, while Meghan is a stay-at-home mother.

Where Are Ragini Bahl and Veeral Gajjar Now?

Based in Los Angeles, California, Ragini Bahl and Veeral Gajjar are from Indian families. Presently, arranged marriages are a norm instead of a rarity in India, and after their lavish wedding, the couple settled down and started their new life together. As of 2017, Veeral left behind his previous job and took up the position of a high-powered consultant in the pharmaceutical industry. This allowed the family to move out of Beverly Hills and live in San Fernando Valley. Currently, the couple seems to be happy together, and after a long wait, the couple became parents to a pair of twins in August 2018.

Where Are Benjamin and Victoria Spear Now?

Benjamin “Ben” and Victoria “Vicky” might have had an arranged marriage, yet the pair had known each other since a young age. The two grew up in Seattle, Washington, went to the same middle school, and decided to opt for Orthodox Judaism after their respective high school trips to Israel. When the two met up in New York, they realized they had a lot in common and decided to gain their parents’ approval for courting each other for marriage.

This might not match your typical image of arranged marriage, but the two got arranged as they would not have dated each other without familial approval. As of writing, the couple is still together and leading a happily married life since their wedding in 2016. Ben and Vicki were blessed with an adorable daughter named Nora Spear, born in August 2018, and their second daughter, Bella Spear, came soon after in 2021. The happy family of four also has a dog named Henry, whom they adore.

Where Are David and Taylor Na’Cole Now?

David and Taylor Na’Cole are another couple who shared a similar childhood but did not cross paths until much later. The pair got together thanks to the former’s brother, Jordan, who had thought for a long time that the two would fit well together, jumping on the first chance to get them acquainted. The efforts paid off as David and Taylor bonded well over a long-distance relationship and decided to return to their families to get arranged. However, the tensions between the latter and her partner’s mother certainly put some damper on the happy occasion.

Presently, David and Taylor are still together; while the former reportedly works as a football coach, his wife is a flight attendant and has a blog named ‘The Failing Trophy Wife.’ Taylor’s long battle against her falling health was a point of discussion in ‘Arranged,’ and many commended her courage to share her story. In 2017, when Taylor was seriously considering hysterotomy, she was informed about her pregnancy.

Though the news came as a surprise, the couple could not be more delighted about their soon-to-be-born son, Harrison Declan James, who arrived in December 2017. In addition, the family has a dog and cat, whom they could not adore more.

Where Are Maneka and Mayur Thakarar Now?

Given her Indian upbringing, Maneka’s familiarity with the concept of arranged marriage was quite understandable. However, at 22, she decided to marry for love against what was expected of her, though sadly, the marriage only lasted for four years before ending in a divorce. As an unattached woman, the pressure to wed again was heavy on Maneka. Her prayers were answered when she met Mayur during her stint in the real estate industry.

Within a month of knowing Maneka, Mayur contacted her parents to have their blessings and arrange his marriage with the woman he loved. Naturally, the wedding was nothing short of lavish and as grand as open can hope for. We are glad to tell you that the two are still going strong and even have a son named Nirvaan, who celebrated his fourth birthday on January 20, 2022. The happy family also has a cute white dog named Foxy.

Read More: Indian Matchmaking Season 1: Where Are They Now? Who Are Still Together?