Ascendance of a Bookworm Season 3 Episode 7 Recap and Ending, Explained 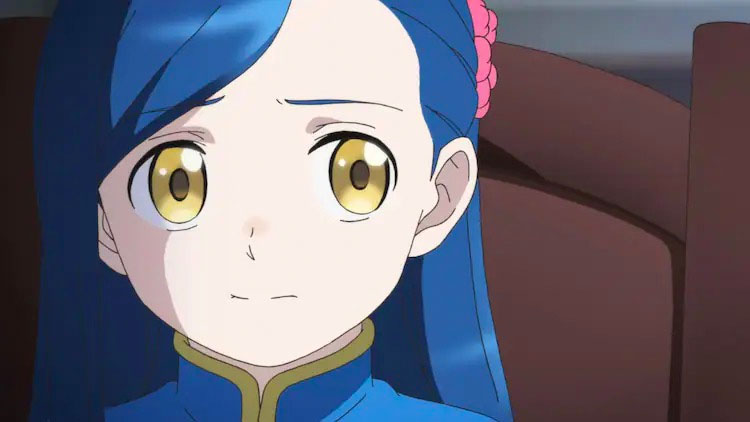 In the seventh episode of ‘Ascendance of a Bookworm‘ season 3, titled ‘Delia and Dirk,’ the anime revolves around the mysterious abandoned boy, who is now under the care of Myne and her associates at the Cathedral. However, for some inexplicable reason, Dirk develops a fever and gets rashes all over his body. Meanwhile, Myne continues to experiment with colorful inks for her printing press under the guidance of Heidi and Josef. Here’s everything you need to know about the ending of ‘Ascendance of a Bookworm’ season 3 episode 7. SPOILERS AHEAD!

At the Cathedral, Delia has completely dedicated herself to looking after Dirk ever since he arrived there. She is cautious that he does not get into any trouble, so when he suddenly develops rashes all over his body, she naturally gets quite worried. But to Delia’s surprise, all of his symptoms suddenly go away soon after he drinks goat milk. Later, when Myne and her other associates gather there, they ask Delia everything that has happened so far. 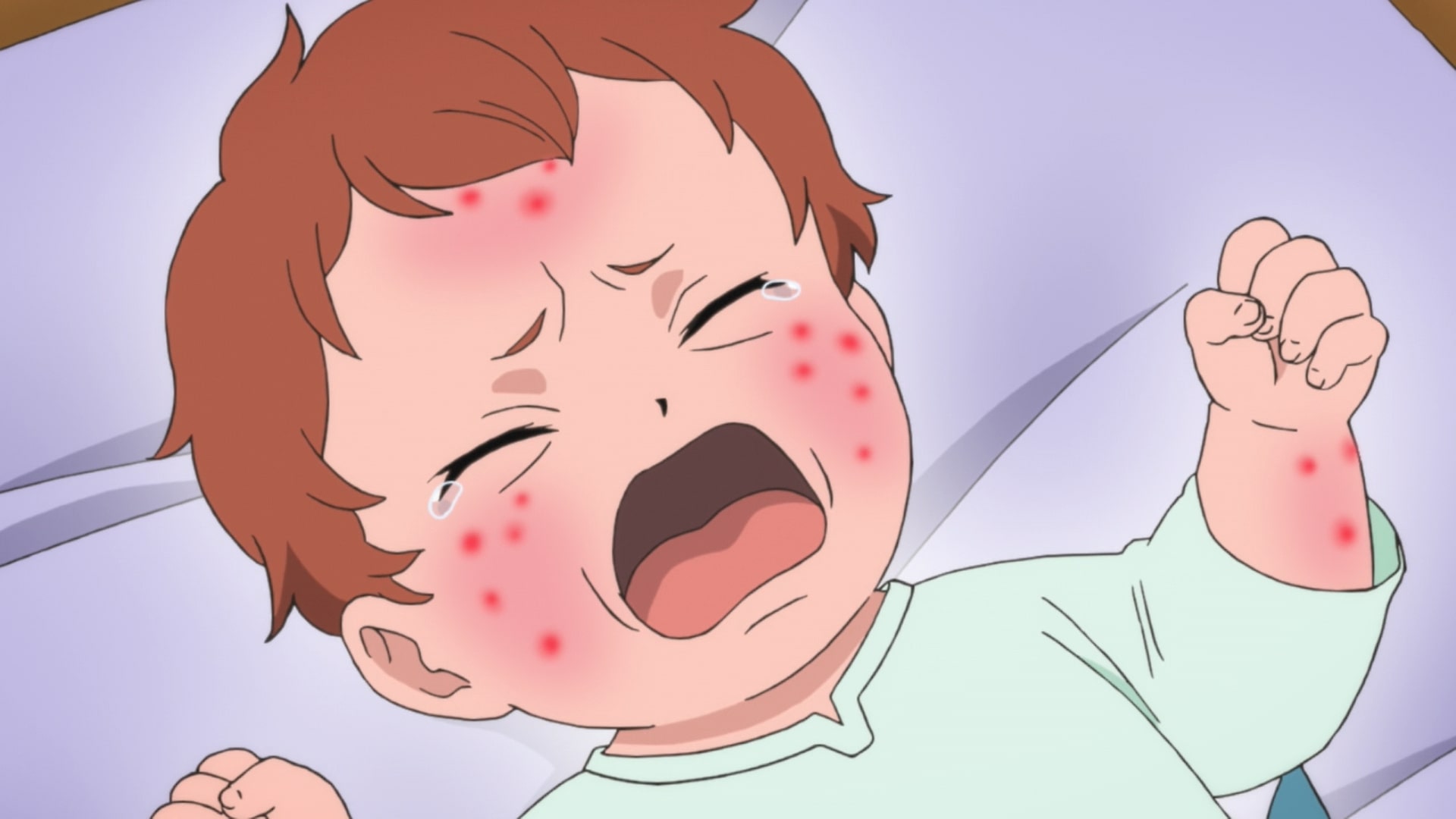 While others breathe a sigh of relief after learning that Dirk is no longer showing any symptoms, Myne appears visibly upset, as if something is troubling her. Just a few moments later, Dirk again starts crying, and rashes appear all over his body while Myne is observing him closely. The blue-robed priestess tells Delia to feed him goat milk again. This time everyone is there to witness Dirk’s symptoms vanish mysteriously right in front of their eyes. Myne’s associates are perplexed and could not fathom what is happening with him, but she has connected the dots by now.

She requests Fran to arrange a meeting with the High Priest as soon as possible so that they can discuss what’s on her mind. Meanwhile, Myne talks to Lutz privately and requests him to go to the forest and come back with as many tau fruits as possible. This will later prove very useful in treating Dirk. After completing her duties at the Cathedral, Myne meets Heidi and Josef to share with them the results of their experiments.

The blue-robed priestess gives them the good news that they have successfully managed to figure out how to produce ink of a few specific colors. In order to test their effectiveness, they then use them on vorlin and trombe paper. Unfortunately, the ink fades away in a short time which disappoints Myne and her friends. The fact that mixing up the available colors yields black just goes on to dishearten them further. However, when they learn that a fixing agent could solve their problem, they finally feel a bit confident. 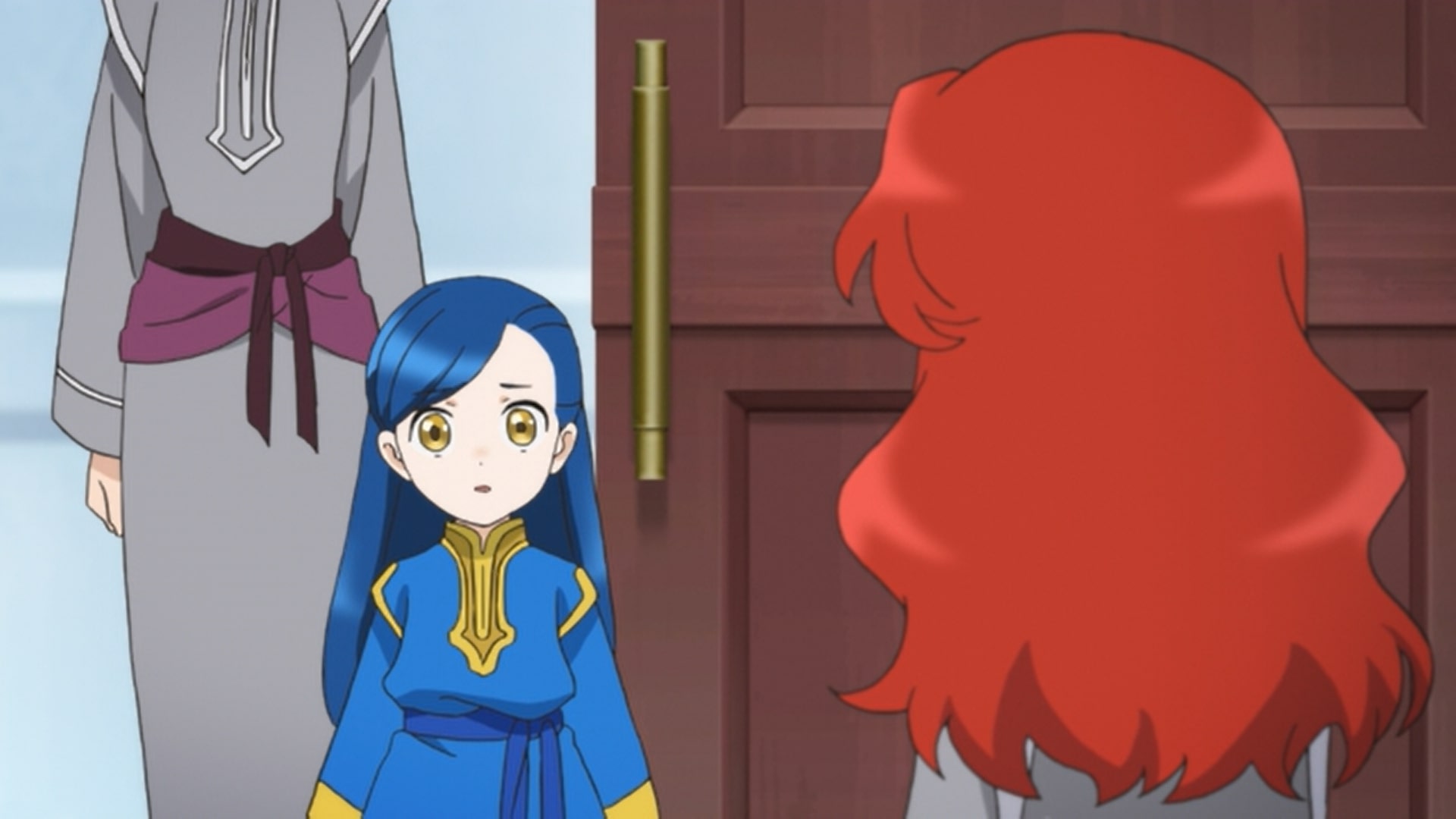 Meanwhile, Wilma takes Dirk to the orphanage to take care of him. Delia, who wanted to look after him herself, appears a bit disappointed not to be around him as much as possible- especially after he fell sick twice right in front of her. When Myne and Fran later visit Dirk with her, she is shocked to see that Wilma and other caretakers have been careless with him. Soon afterward, Delia learns that Dirk will be put up for adoption.

Ascendance of a Bookworm Season 3 Episode 7 Ending: Does Dirk Have the Devouring? Why Does Ferdinand Suggest Putting Him Up for Adoption?

When Myne first learns about Dirk’s symptoms, she becomes extremely skeptical and begins to speculate the possibility of him having the devouring without telling anyone. When he suddenly develops a fever right in front of her, after which rashes appear all over his body, the blue-robed priestess feels that there is no doubt anymore. The fact that the symptoms go away after drinking goat milk just goes on to support her theory, so she immediately discusses the same with the High Priest, who agrees with her assessment. 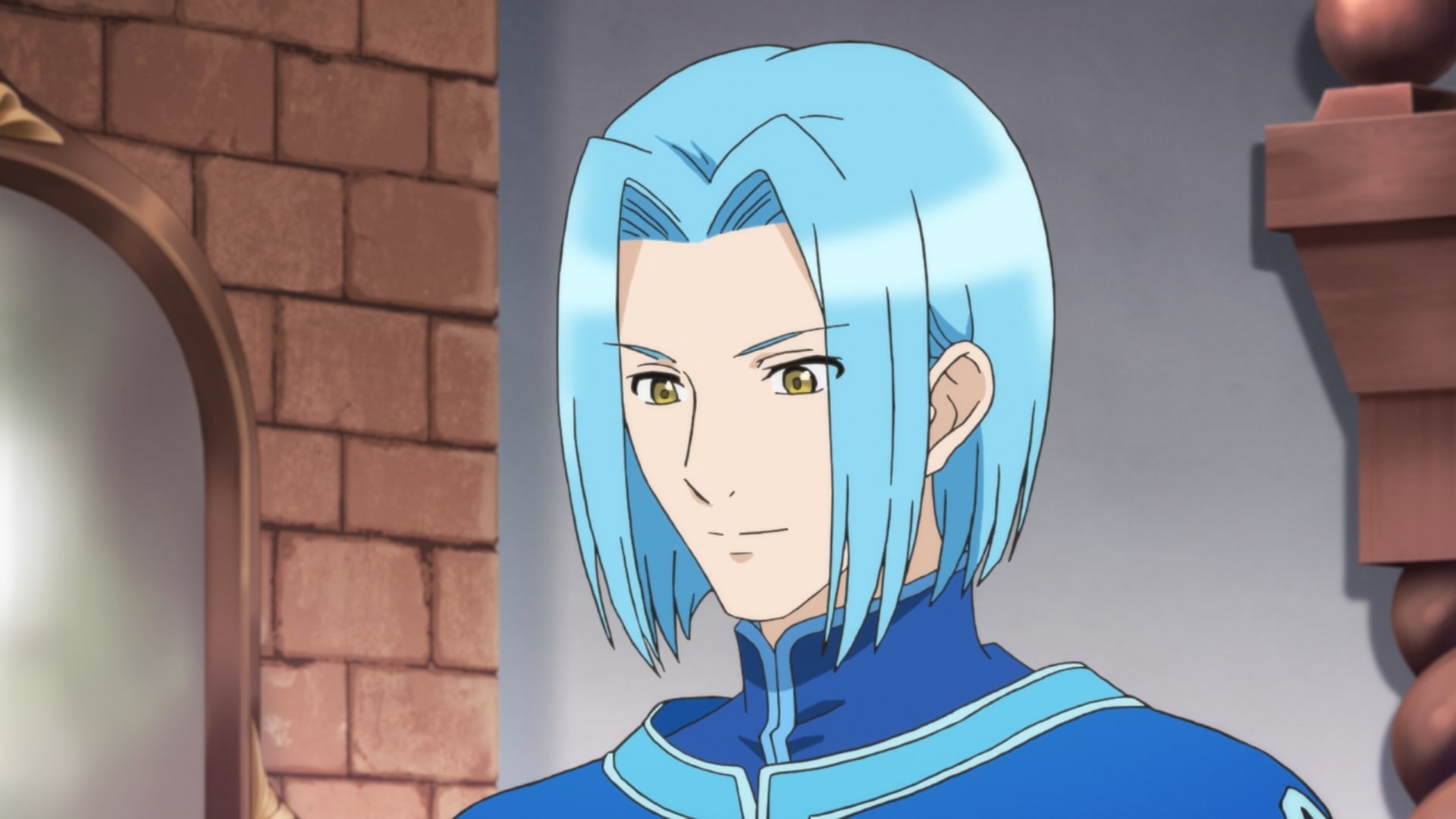 When they measure the mana in Dirk’s body, they are shocked to learn that he is at least on par with a strong middle-class noble. Ferdinand feels that much mana means that his health will decline rapidly, and if nothing is done, it would be impossible to save him. Therefore, he suggests Dirk’s adoption by a noble who will provide him with the necessary stones to cleanse excess mana regularly. It will ensure that he will live a long life.

However, most adopted children are treated poorly, which worries Myne. But when Ferdinand explains that she too will be eligible to adopt him once she has started living with Karstedt, the blue-robed priestess is thrilled. In the meantime, Myne plans to keep Dirk safe and, as per High Priest’s suggestion, vows not to tell anyone about his condition to avoid complicating the situation any further.