‘Ashen’: Everything We Know 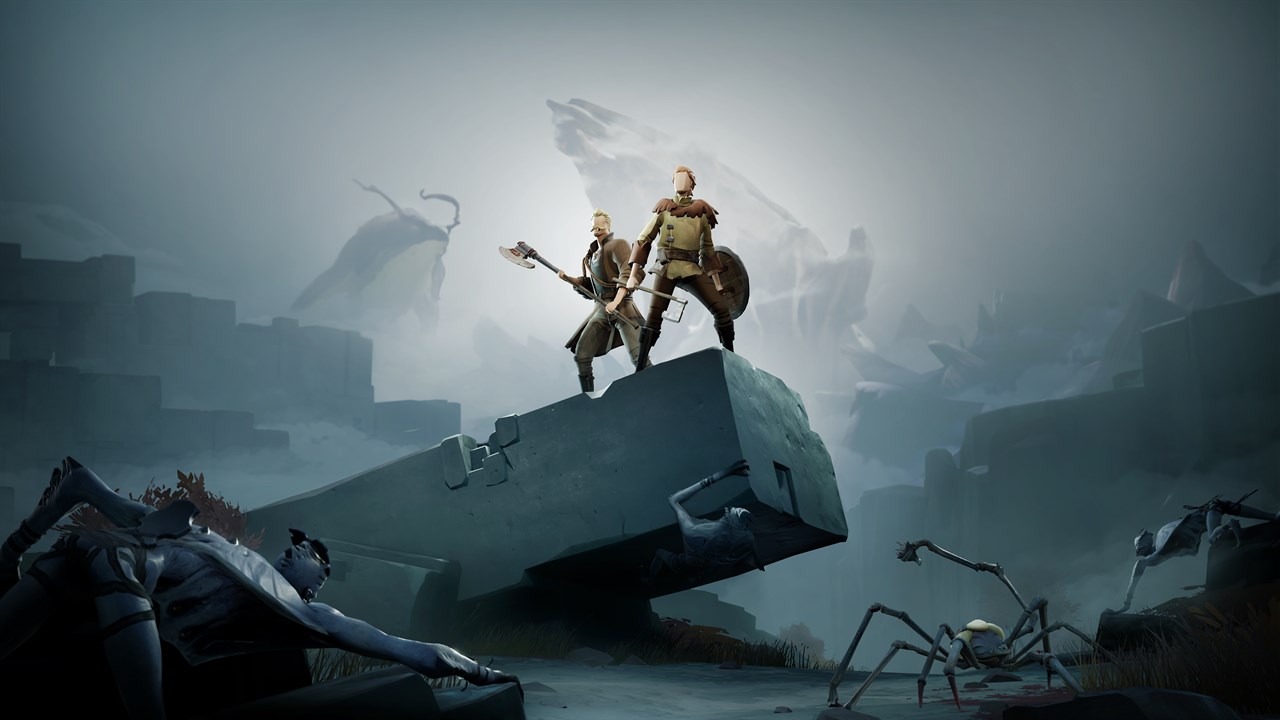 You either love ‘Dark Souls’ or you don’t; there isn’t much of a middle ground. The brutally challenging series of low fantasy role-playing games with a steep learning curve that resembles a silhouette of a craggy hilltop is not everyone’s cup of tea. Last year’s PC and Xbox timed exclusive ‘Ashen’ is an action RPG heavily influenced by ‘Dark Souls’, also known colloquially as a “Souls-like” game these days.

However, despite wearing its inspirations on its sleeves, ‘Ashen’ is a sufficiently unique experience to stand on its own two feet. With a wonderfully imaginative world possessing a rich backstory and lore of its own and a novel new multiplayer implementation that encourages cooperative teamwork, ‘Ashen’ feels like an evolution of the genre in some ways. Couple that with an amazing soundtrack and top-notch voice acting, and ‘Ashen’ promises to be an exquisitely expressed narrative experience with a ruthless combat system and the joys of exploration. Read on to find out everything we know about ‘Ashen’.

Ashen Plot: What is it About?

The world of ‘Ashen’ frequently oscillates from one extreme to another. It can shine brighter than a shooting star, or it can be darker than a killer’s heart. One moment you could be exploring a boundless valley in full bloom, in another you might find yourself crawling in a musty dungeon inhabited by unpleasant oddities. It is an ephemeral world, where nothing will be how it was before. The webpage for the game describes it as follows:

“The Ashen’s rebirth has restored light to the ash covered plains and the dark world you’ve always known. You must protect the Ashen at all costs, if there is any hope for the new light to survive.”

An unfathomable amount of time ago, a great avian demigod known as the Great Ashen landed on the Earth, bathing it in dazzling light that nourished life and banished the fiends into the darkest recesses of the world. However, when the Great Ashen died, the world was plunged into tenebrosity and overwhelmed by the forces of evil. You play as a lone “wanderer in search of a place to call home”, and when the Ashen is reincarnated after eons of darkness, you must embark on a treacherous journey to reawaken it and foil the nefarious conniving of those who fester in the shade. The open world of ‘Ashen’ is teeming with diverse flora and fauna, as well as less pleasant denizens such as giants, grotesque wallcrawlers, shrieking wraiths, giant spiders and many more.

All of this is realized in painstaking detail by Ashen’s gorgeous cell shaded graphics and understated art style that conveys the game’s solemn beauty very nicely. Everything is vibrant and lively in the light, while simultaneously managing to appear frightfully grey in the dark, when visibility is so low that a torch is required to navigate the deepest recesses of the world.

Ashen is an action role-playing game in the vein of ‘Dark Souls’ set in a grim low fantasy setting, often also referred to as a “Souls-like” game. The comparison to ‘Dark Souls’ is rather apt, since ‘Ashen borrows heavily from From Software’s genre spawning masterpiece. It features the same core set of combat mechanics, including light attack/heavy attacks, dodge rolls shield blocks and stamina management.

However, ‘Ashen’ goes a step further and even implements other suspiciously similar mechanics like the Estus Flask, Bonfires and Souls from ‘Dark Souls’, except that here they are called Crimson Gourd, Ritual Stones and Scoria respectively. The Crimson Gourd replenishes health, Scoria allows you to craft new items and unlock upgrades, and you can take a respite to save the game at the Ritual Stones.

Just like ‘Dark Souls’, the combat in Ashen is challenging, and the boss battles are epic. Strategy, smart movement and considerable patience are required to win enemy skirmishes, as a single well-timed blow can take you out. Character progression is mostly through the new gear the player will acquire throughout the game, and the game omits any character leveling system or skill trees. However, unlike ‘Dark Souls’, ‘Ashen’ features a vast fully open world with non linear progression. The world is always changing, and no two playthroughs will be exactly the same.

The game also features a camp also known as The Town, where you can find the various Non Player Characters (NPC) that you have recruited from across the game world. Some of these survivors also possess highly specialized skills such as blacksmithing, something the player may leverage for their own benefit.

‘Ashen’ also has a passive multiplayer implementation of sorts, and it is a rather clever one. While you usually explore the game world with a helpful AI companion tagging along, real players may sometimes replace the NPC companion when you make a pit stop at the ritual stones without any real indication. Thus, you are never really 100% sure if your companion is AI or a real person.

All said and done, ‘Ashen’ requires around 20 hours of gameplay to finish to completion.

‘Ashen’ Developers: Who Are The People Behind It?

‘Ashen’ is brought to you by New Zealand based developer A44 studios and published by Annapurna Interactive (best known for publishing the PC and iOS ports of ‘Journey’.

‘Ashen’ Release Date: When And Where Can I Play It?

‘Ashen’ initially launched on PC and Xbox One exclusively on 7 December 2018. At the time, the PC launch was exclusive to the Epic Games Storefront. However, now ‘Ashen’ is set to launch the Steam storefront on 9 December 2019, as well as on PlayStation 4 and Nintendo Switch.

The launch trailer for the game shows off the brilliant vistas and breathtaking creatures that roam the world of ‘Ashen’. You can check it out here: