Where is Ashley H Mac From Glow Up Now? 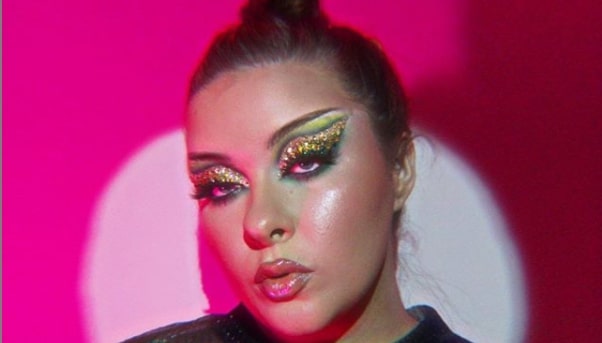 ‘Glow Up: Britain’s Next Make-Up Star’ has had an exciting second season where we’ve seen that the hunt is on to find UK’s next great make-up artist. In the BBC Three original hosted by Stacey Dooley, ten aspiring contestants have to work as a team while proving their mettle. The prize they’re working for is actually a once-in-a-lifetime opportunity to collaborate with some of the biggest names in the make-up industry. Their efforts on ‘Glow Up,’ are judged by Val Garland and Dominic Skinner, the beauty experts. Ashley H Mac came into the show with a lot of dreams of being part of a team, working on big television shows and films, and seeing her name in the credits.

Unfortunately, she was eliminated in the first week of the competition itself. Curious to know what she’s been up to since then? We have the latest updates here.

Who is Ashley H Mac?

Ashley H Mac is a 24-year-old from Scotland. Although she’s not the youngest by any means, Ashley just could not cut it in the second season. However, her dreams of working in the entertainment industry remain genuinely inspirational. She went up against Jake Oakley, the 19-year-old, to produce the ombre lip. Ashley got eliminated in this round, while Jake went up to the third stage, losing to Berny.

Where is Ashley H Mac Now?

Ashley H Mac is squarely back in Glasgow and has kept herself busy after the competition. As a make-up artist with dreams of being in the entertainment industry, Ashley knows she can’t slack off. More importantly, she can’t let the elimination get to her and affect her craft. Here’s a post of Ashley putting out a powerful message through her art.

She’s also keeping up with the latest trends, and seems to have had Cardi B’s ‘WAP’ on loop some time back. Clearly, Ashley’s chosen to spend her time during the pandemic in style. Here’s her post about it below.

She’s celebrated her birthday recently on August 11, 2020. A confident Ashley put up a picture wishing herself, which you can check out here.

As an artist, Ashley seems to dabble in the macabre and has a proclivity for ghost stories. She’s got her YouTube channel where she posts about them. Here’s the Glasgow resident speaking about real ghost tales.

During the lockdown, with the stress of a global pandemic, it is wrong to expect people to be productive all the time. Accordingly, Ashley seems to have eased off a bit and enjoyed a day eating and watching ‘Harry Potter’ films. We will leave you with her latest post, where she’s put up an old picture of one of her favorite looks, which she’s stylishly named Medusa.

Despite her early elimination from ‘Glow Up: Britain’s Next Make-Up Star,’ Ashley’s remained committed to her art, which is the only way forward if one has dreams to aim for the stars. [Cover Picture Courtesy: Ashley H Mac/Instagram]

Read More: Where Is Ophelia Liu From Glow Up Now?