Ashley Marina: Everything We Know 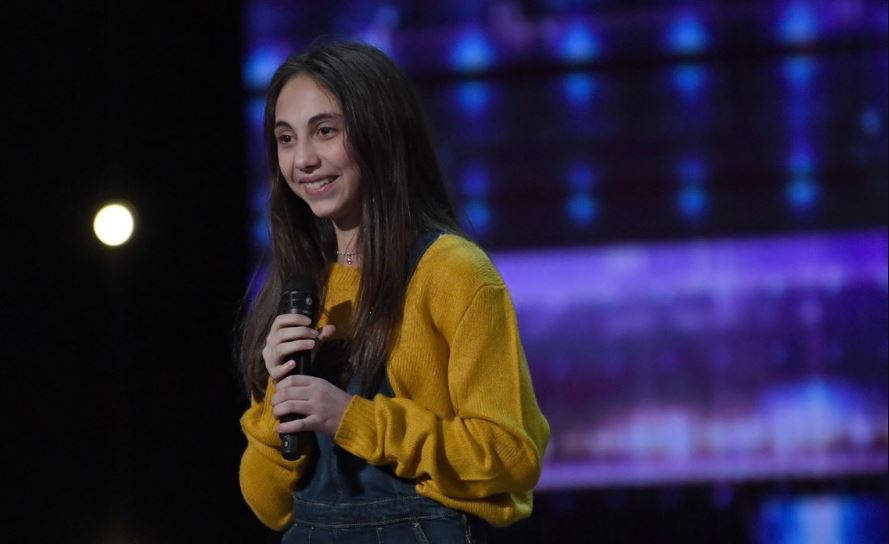 ‘America’s Got Talent‘ has been one of the most entertaining and fascinating reality television series ever since its premiere in 2006. It has been bringing us the stories of amateur performers who present their singing, dancing, comedy, and other novelty acts to a panel of celebrity judges and a nationwide audience in the hopes of kick-starting their career.

Although the series is called ‘America’s Got Talent,’ the contestants are not just American locals. The series opens its doors to people from all over the world who wish to display their skills and advance in the competition so as to win a huge cash prize and prove their worth. The newest season, season 15, features a whole new set of aspiring performers who think they have what it takes to go all the way, and Ashley Marina is one of them. So, here’s all that we know about her.

Ashley Marina: Where Is She From?

Ashley Marina is a 12-year-old singer-songwriter from Pittsburgh, Pennsylvania, who just recently completed her seventh-grade year at the Lincoln Park Performing Arts charter school. The young’un has been in love with music for most of her life, so her wanted to pursue a career in the field, even this early on, wasn’t a surprise.

Not only is Ashley a musician, but she is also a dancer, actor, and model. Along with playing piano, ukulele, and guitar, as a dancer, she has trained with the Abby Lee Dance Company and Millennium Dance Complex in Pittsburgh.

Who Is Ashely Marina’s Family?

Having both parents and a younger brother, Ashley comes from a very happy, stable, and supportive family.

Her Instagram bio specifies that her social media is managed by her “Momager,” Nina Yankello, who supports her daughter in all that she wants to do and is willing to be at the front line for her sake and success.

Not a lot of information about her father or brother is known, but from what we can see, they couldn’t be prouder of Ashley and all that she has been able to achieve in such a short time.

Ashley has written 10 original songs to date, including “Move a Mountain,” which peaked at #1 on The Fab Chart worldwide and “You’ll Always Be My Hero,” which earned her the MÓB Radio Song and Video of the Month.

Her other originals like “Trust somebody,” “Summer Time,” and “Fire and Ice” have also received a lot of love and appreciation from her fans all over the globe. In fact, “Fire and Ice” had also been nominated for Best Music Video at the Fab Chart Music Awards earlier this year.

Ashley is a two-time finalist in the Williams SING-OFF Competition, through which students are chosen to perform during Highmark First Night Pittsburgh. She has performed at Opry Mills Nashville, Harlem Globetrotters World Tour halftime show, the opening ceremony for the first BRICK maker space by LEGO, and CMA Fest Nashville Spotlight Showcase.

Along with this, she has sung the national anthem for Major League Baseball, USL Professional Soccer, West Virginia Derby, and boxing matches. As for her acting credits, well, she can be seen in the Netflix series, ‘Mindhunter,’ and Sony Pictures’ ‘Faith Under Fire: The Antoinette Tuff Story.’

Ashley Marina Prediction: How Far Will She Go?

Even though there are a lot of singers who enter the competition every season, Ashley will definitely stand out. Not just because of her age but also because of her originality along with her somber and beautiful tone. She may lack experience, but she makes up for it by her confidence, so it will be interesting to see how she would fare in the competition. Surrounded by so many singers and so many artists, she may just beat them all by her to become the winner.