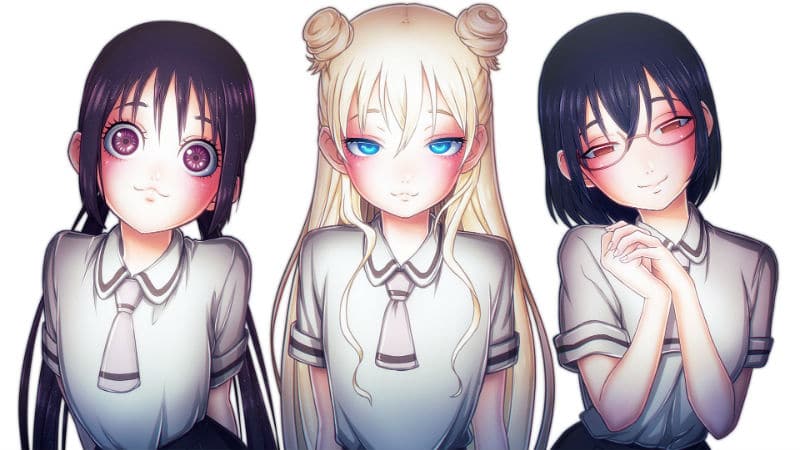 Asobi Asobase is a Japanese comedy anime television series which is based on a manga series of the same name. Written and illustrated by Rin Suzukawa, the manga series was first published on June 26, 2015, and new volumes are being published to this day. A few years after the initial publication of the manga series, a Japanese anime studio called Lerche announced plans to adapt the manga into an anime television series. Subsequently, Season 1 of Asobi Asobase premiered on July 8, 2018. It became quite famous among fans of the of source material and new viewers alike, and since then, fans have been waiting to hear news on a second season. Here’s everything we know about the prospects of Season 2 thus far.

Asobi Asobase Season 2 Release Date: When will it premiere?

Asobi Asobase season 1 premiered on July 8, 2018 and ran till September 23 of the same year. Months later, an original video animation (OVA) special episode was released on December 26, 2018, much to the delight of fans.

However, in the time that has elapsed since then, Lerche has not confirmed a second season and it remains to be seen whether Season 2 will be made at all. That being said, there’s no reason to panic yet since there’s plenty of time left for a renewal to be announced. Further, the fact that new volumes of the manga series is still being published ensures that there’s no dearth of source material for a second season. Considering these facts, it’s quite likely that a second season will be made. Our best guess is that Asobi Asobase season 2 release date could fall sometime in 2020 or 2021. We’re keeping our ears open for news on Season 2 of the show and we’ll update this section as soon as we hear something reliable.

Unfortunately for those who like watching anime shows in English, Asobi Asobase does not have an English dub yet, possibly due to the fact that much of its fanbase is restricted to Japan. However, you can still watch the show with English subtitles on Crunchyroll.

The plot of Asobi Asobase, to some extent, is similar to that of YuruYuri, and it focuses on a group of high school girls who form a club of their own to make school life extra enjoyable.

The show starts off when a transfer student called Olivia joins the school the show is set in. Owing to the fact that Olivia does not know English, she struggles to settle in and make friends. One day, during recess, she starts playing a game of “look the other way” with a loudmouthed airhead called Hanako Honda, and the two soon start enjoying their game. However, their rowdy behaviour irks the nearby Kasumi Nomura, who lashes out at them for being so rowdy. When Olivia and Hanako invite Kasumi to join them, Kasumi turns them down, being the deadpan loner and sore loser that she is. However, after some convincing, Kasumi agrees to join in, and she, too, starts having fun with Olivia and Hanako.

This incident marks the beginning of a strong bond between the three girls, who soon go on to form their own club, the Pastime Club. As the name suggests, the Pastime Club exists only for the entertainment of the peculiar trio, who soon become very close friends through their daily hijinks. The show thus follows Olivia, Hanako and Kasumi and their daily activities at the Pastime Club, which range from trying to learn English, to fawning over each other, to hatching mischievous schemes to become popular in school.

Olivia: One of the three main protagonists, Olivia is of foreign descent but has lived in Japan for a while. Owing to her foreign roots, Olivia does not know English and has a hard time settling in and making friends in school. However, through a game of look the other way, she finds a friend in Hanako, and the duo soon befriends Kasumi. Together, they form the Pastime Club with the intention of spicing up their school life with mischievous activities.

Hanako Honda: Another main protagonist of the show, Hanako is Olivia and Kasumi’s classmate. Despite being an airhead who is known for her loudness, Hanako is a friendly girl and becomes Olivia first friend in school when they play a game of look the other way. Hanako is also shown to be an extremely energetic and adventurous person, and she is always looking to play games or cause mischief in school, which often lands all three members of the Pastime Club in trouble. Hanako is also shown to be an extremely privileged person – while it is not revealed whether her family is extremely wealthy or has political connections, Hanako is able to obtain pretty much anything she wants when she requests it from her family.

Kasumi Nomura: The third main character in the show, Kasumi studies in the same class as Olivia and Hanako. A deadpan loner, Kasumi is not fond of mixing with people, and her social anxiety is, to quite some extent, the result of her elder sister constantly teasing her for losing games. Although Kasumi mostly steers clear of people, she finds unlikely friends in Olivia and Hanako when she interrupts their game of look the other way. Even after Kasumi becomes friends with Olivia and Hanako, she is shown to be pretty shy and quiet, and goes not babble as much as the other two. However, being a co-founder of the Pastime Club, Kasumi slowly learns how to have her fair share of fun, and slowly grows in confidence as the show progresses. Despite her shy and quiet nature, Kasumi is shown to have quite a temper, and can be an extremely unpleasant person when she someone or something angers her enough.

Maeda: Hanako’s family butler Maeda is the secret behind Hanako’s ability to procure pretty much anything. Earlier, Maeda had been probed by aliens, and has the ability to shoot lasers out of his butt. Additionally, Maeda can quickly build or procure any item Hanako asks for, since he has superhuman powers and technical abilities.