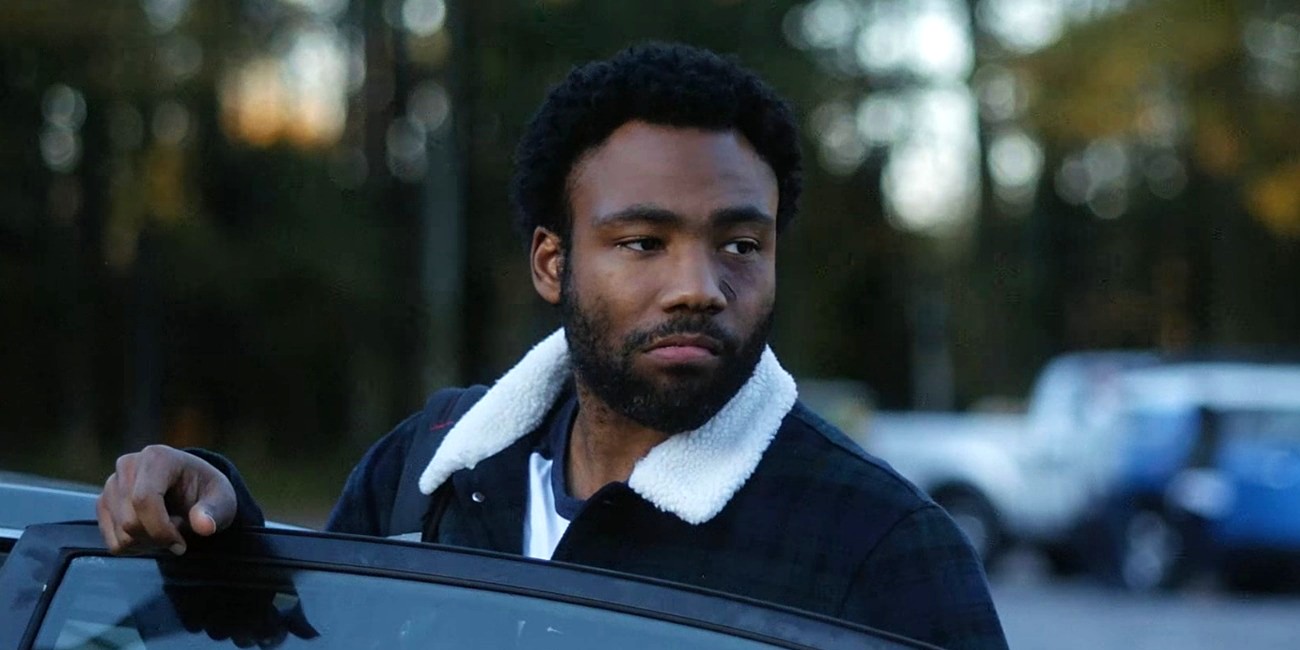 ‘Atlanta’ is a comedy-drama series created by Donald Glover (‘Community‘) that revolves around the lives of cousins Earnest “Earn” Marks and Alfred “Paper Boi” Miles. After Alfred’s rapping career takes off, Earn becomes his manager in a bid to improve his own life. Together with Alfred’s right-hand man, Darius, the trio navigates the music industry in Atlanta, Georgia, while dealing with their own issues.

In the show’s second season, Alfred, Darius, and Earn each face a new host of conflicts while viewers learn more about their pasts. In the end, Alfred’s career heads in a new direction, and Earn must contemplate the consequences of the same on his own life. If you wish to catch up on the second season, here are all the major events from ‘Atlanta’ season 2! SPOILERS AHEAD!

The second season of ‘Atlanta’ (subtitled ‘Robbin’ Season’) opens with the revelation that Earn has lost his storage unit, which he used as a temporary residence. Moreover, the arrival of Alfred’s friend, Tracy, who has recently been released from prison on parole, complicates the dynamic between Darius, Earn, and Alfred. Earn meets with his uncle, Willy, and receives a gold-plated gun.

Meanwhile, although Van and Earn’s relationship is going steady, Van is unhappy with the way Earn treats her. Earn struggles with his finances and has difficulty providing for his daughter, Lottie. Things between Earn and Van reach a boiling point at a Fastnacht celebration where they argue about their relationship. While Van expresses her displeasure, Earn is relatively content with their “agreement.” Thus, Van is infuriated and leaves Earn.

Elsewhere, Alfred’s newest single receives some solid social media attention, but he struggles with handling his fame. Moreover, Alfred grows dissatisfied with Earn’s work as his manager. Simultaneously, Alfred and the gang meet Clark County, a commercialized rapper, and his manager, Lucas. Although Clark is arrogant and obnoxious, Alfred befriends him. Later, Alfred, Tracy, Darius, and Earn travel to Statesboro, where Alfred is performing at a college festival. However, Earn’s limitations and failures as a manager become evident during the trip. Moreover, Earn is bested by Tracy in a fight that makes him feel small.

In a flashback episode, we learn about Alfred and Earn’s life as middle-school students. Earn and his classmate, Devin, are to become subjects of intense bullying from a group of kids over their FUBU shirts. Although Alfred saves Earn from getting bullied, Devin is roasted and insulted by the kids, leading to his suicide. The incident leaves a grave mark on Earn, while Alfred remains relatively unaffected. Alfred, Darius, and Earn prepare to fly to Europe on tour with Clark in the season finale. However, Alfred contemplates replacing Earn with Lucas as his manager.

Atlanta Season 2 Ending: Does Earn Leave For Europe? Does Alfred Fire Him?

In the season finale, Darius warns Earn to get rid of the gold-plated gun he has been carrying. Earn places it in his backpack but forgets to remove it before leaving the apartment. Earn also talks with Darius about Alfred’s intentions to replace him as manager. Darius expresses that while Alfred seems insistent on hiring a new manager, he will always care about Earn because they are family. Earn finds some sense of comfort because Alfred wants him to come to Europe and see the world. 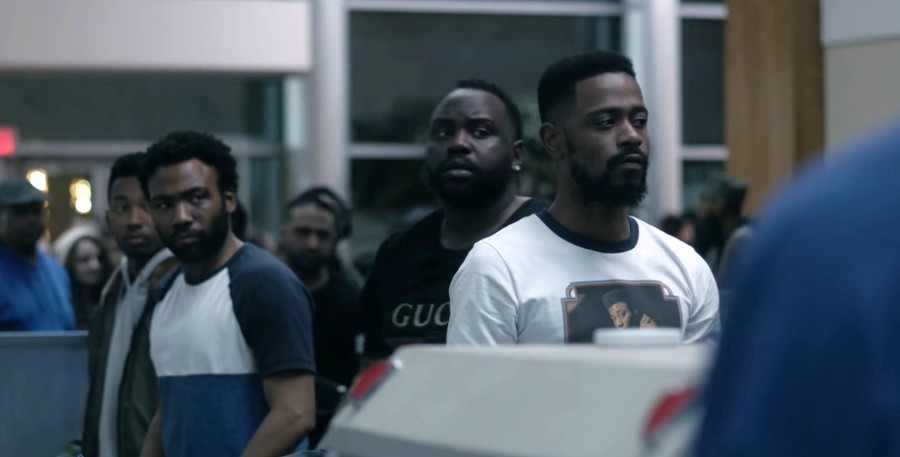 Earn realizes that he is still carrying the gun right before entering the security check at the airport. However, at the last moment, Earn manages to plant the gun in Clark’s bag and gets on board the plane. Before takeoff, Alfred and Earn have a heartfelt conversation about their time together. Alfred recognizes that Earn cares for him while most people in his life want something in return or seek to share his fame. However, their conversation ends without Alfred clearly indicating Earn’s future as his manager.

What Happens to Clark?

The episode shows that Alfred and his crew join Clark on a Europe tour that the musician is headlining. The opportunity is enormous for Alfred as he is getting global exposure for the first time in his career. However, after Earn plants the gun in Clark’s bag, all that is jeopardized. In the episode’s final moments, Clark surprisingly boards the plane shortly before the takeoff.

It is revealed that Clark pinned the blame for the gun on his manager, Lucas. Clark’s ruthlessness provides a stark contrast to Alfred’s mild-mannered personality. Thus, the incident highlights the importance of Earn and Darius in Alfred’s life as they keep him grounded. As for Clark, his ruthlessness could be a major hurdle for Alfred and his crew in the show’s upcoming third season.

Will Earn and Van Get Back Together?

Van and Earn’s relationship hits a major roadblock in the second season after their public argument about their relationship dynamic. Van expresses that she does not want to be romantically involved with Earn. The two agree to work together merely for their daughter, Lottie. However, Van remains unemployed by the season’s end and still relies on Earn to provide child support for Lottie. Therefore, it might make sense for the former couple to mend their differences and pick up where they left off. 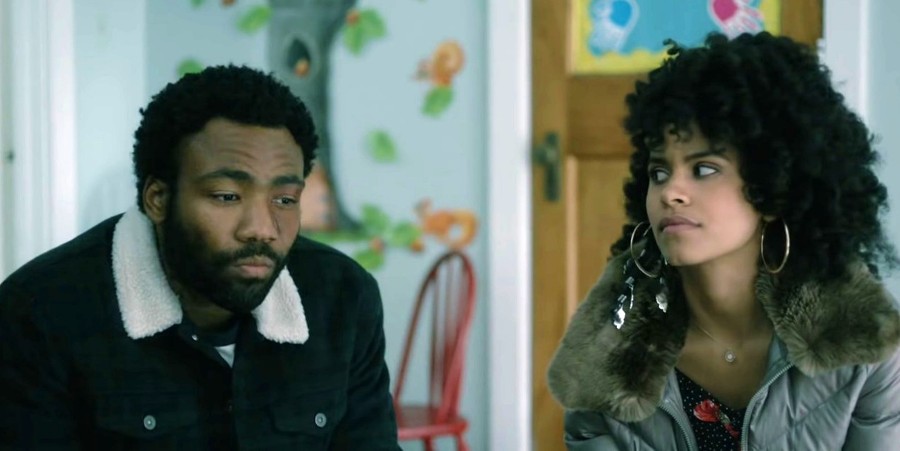 However, in the season 2 finale, Van and Earn realize that Lottie is a gifted student and will have to work hard to provide for her. Moreover, Van decides to move in with her mother, further increasing the distance between Van and Earn. Therefore, it seems like the two will not be getting back together anytime soon, and their focus remains to provide for Lottie.

What Happens to Tracy?

Tracy is introduced in the second season premiere and remains much of an oddball character for most of the season. As viewers spend time with him, it becomes evident that Tracy is selfish and merely takes advantage of his friendship with Alfred. However, Alfred is too friendly to say anything to him. Nonetheless, in the season 2 finale, Alfred and the crew leave for Europe without Tracy, indicating that Alfred is done with Tracy. Or at least, he does not consider Tracy to be a part of his inner circle.

Moreover, Tracy’s presence has upset the dynamic between Alfred, Darius, and Earn. Therefore, leaving him behind before what is arguably the biggest trip of the trio’s life makes sense. On the other hand, Tracy is left behind in Atlanta, and his jealousy over being left out could lead him on a dark path in the third season.